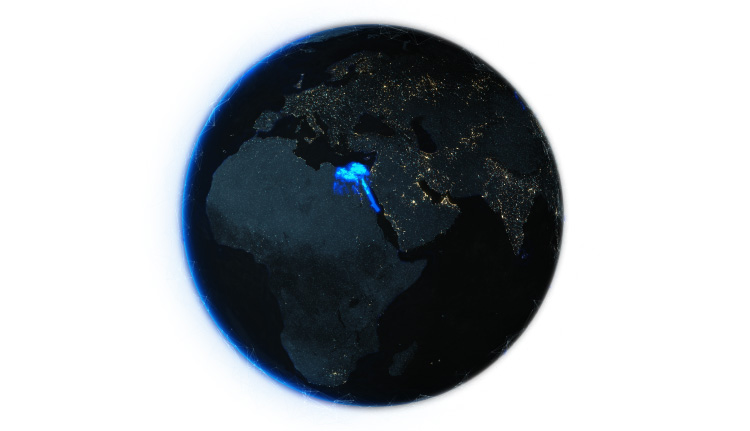 As Egypt eyes attracting more investments to the oil and gas sector, the Egyptian General Petroleum Corporation (EGPC) launched a tender in November 2018 for establishing the country’s first petroleum exploration and production (E&P) digital data repository. The Egyptian Upstream Gateway (EUG) is a national data bank, which comes as a part of the oil and gas sector’s Modernization project. It aims to provide exceptional solutions that bring together data storage, visualization, analytics, and infrastructure along with seamless access provision and online data management. Through online data access, EUG tends to promote the oil and gas sector’s bid-rounds digitally. EUG facilitates the day-to-day activities’ operation, decision-making, as well as licensing rounds promotion.

Launching the First Digital Bid Round Despite COVID

As a result of the COVID-19 pandemic, it became difficult to launch new bid rounds and attract new investments. However, thanks to the EUG, Egypt was able to continue the success of its oil and gas sector. In August 2021, less than a year after the EUG Go-Live event in February, EGPC and the Egyptian Natural Gas Holding Company (EGAS) invited oil and gas exploration companies to take part in the country’s first digital bid round. The exploration bid round included 24 blocks located in the Mediterranean Sea, Western Desert, and the Gulf of Suez, to be operated according to Egypt’s production sharing agreements (PSA) model.

During the bid round promotion event, the EUG team provided technical presentations about the different included areas and showcased EUG’s benefits, such as data availability, accessibility, and swiftness. Through the bid round, EUG provided international oil companies (IOCs) with virtual data rooms to empower them to evaluate the offered blocks remotely. Hence, the EUG successfully promoted the offered blocks and met the IOCs’ confidence in the Egyptian oil and gas sector.

At the beginning of 2022, Minister of Petroleum and Mineral Resources, Tarek El Molla, announced the results of the successful first digital bid round for E&P. Eight blocks of a total area of approximately 12,300 square kilometers were awarded to BP, Eni, Energean Egypt, Apex International, Sipetrol, United Energy, and Ina Nafta at around $250 million minimum investment cost during the exploration phases, in addition to $23.7 million signature bonus.

The first digital bid round has been a win-win opportunity for both the Egyptian oil and gas sector and its private sector partners. While Egypt was able to promote its concession online, the oil firms were granted an opportunity to review all needed technical data and submit offers digitally, while preserving distance.

Regional President of BP North Africa, Karim Alaa, previously declared that winning a block in the bid round “reflects and reaffirms our commitment to invest in developing and finding new gas supplies for Egypt.”

El Molla also indicated that amid the global conditions imposed by the coronavirus pandemic, the bid resulted in a positive outcome, attracting investments to the sector during the upcoming period.

EUG is a gate towards a promising future, where becoming digital is the easier, faster, and safer option. The success of the first digital bid round proves the confidence in the Egyptian oil and gas sector and the interest of petroleum companies to invest and explore Egypt.