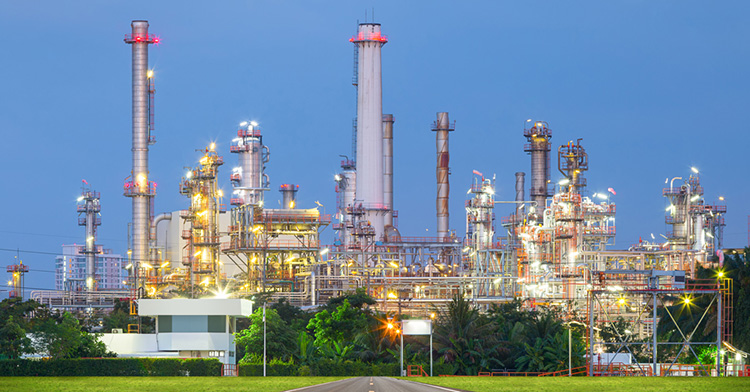 2020 was dominated by coronavirus which affected most of the industries worldwide, but the Egyptian petroleum sector has a different story to tell. Despite the economic recession and lockdowns in most countries, the Egyptian oil and gas sector managed to keep adequate performance at many levels. However, cooperation and partnership agreements, conducted through our the year, can be seen as a cornerstone that reinforced the industry’s structure amid the pandemic crisis.

Cooperation and partnerships are vital aspects in any industry particularly, oil and gas. Most of the industrial official leaders agree that alliances can improve performance by sharing good practices which help in pushing the production wheel forward.

“In fast-moving markets alliances are becoming a norm as the level of conflict is minimized by partners recognizing that they are the only vehicle for minimizing the risk associated with market and technology uncertainty,” according to Newman and Chaharbaghi’s, Strategic Alliances in Fast-moving Markets, copyright 1996 Elsevier Science Ltd.

Additionally, the Minister of Petroleum and Mineral Resources, Tarek El Molla, emphasized the importance of cooperation between countries especially to overcome the pandemic crisis and its consequences on the energy future.

For Rex W. Tillerson, ExxonMobil’s CEO, partnerships are necessary to ensure that there is an incentive to make significant investments to develop the industry and meet the energy demand challenge.

Despite the difficulty of conducting direct meetings last year due to Coronavirus precautionary measures, virtual meetings emerged as a solution that kept cooperation possible.  And despite the lockdown conditions, Egypt’s oil and gas sector thrived with several agreements signing and collaborations initiatives at international and regional levels as well as several partnerships between international oil companies (IOCs) and National Oil companies (NOCs).

Regional and International Deals and MoUs

The Ministry of Petroleum and Mineral Resources (MoP) signed a number of agreements and Memoranda of Understandings (MoUs) during 2020 with other countries to enhance investments in Egypt.

One of the important agreements in this regard was the Engineering, Procurement and Construction (EPC) agreement signed by the Minister of Petroleum and Mineral Resources, Tarek El Molla, with the Italian Ambassador to Egypt, Giampaolo Cantini, for establishing a Mazut Hydro-cracking Complex in Upper Egypt at a cost of $2.5 billion.

El Molla also signed an MoU with his Somali counterpart Abdel Rashid Mohamed Ahmed to enhance co-operation between Egypt and Somalia in the fields of oil, gas and mineral resources.

Egypt and Greece have signed a demarcation deal which established an exclusive economic zone between the two sides and paved the way for more cooperation agreements in the field of energy. Moreover, Egypt has signed a Memorandum of Standing (MoU) with the Hungarian Ministry of Foreign Affairs on cooperation in Energy between the diplomatic studies institutes in both countries. El Molla ended the year by launching an energy efficiency capacity program with the European Union.

In 2020, several bilateral discussions have been held with other countries to boost cooperation and support the Egyptian oil sector.

In March, El Molla held a meeting with United States Secretary of Energy, Dan Brouillette, to discuss bilateral relations in the petroleum and natural gas field in addition to US companies’ investments in Egypt. In August, the minister conducted a meeting with the Cypriot Energy Minister, where they discussed the preparations for establishing a direct marine pipeline between the two sides.

In September, El Molla discussed with the French Ambassador to Cairo, Stephane Romatet, ways to enhance cooperation opportunities between the petroleum sector and French companies. Another meeting was held between El Molla and the Hungarian Ambassador to Egypt, András Kovacs, to discuss ways of cooperation in the oil and gas industry.

President Abdel Fattah Al Sisi supported these collaboration efforts by conducting a meeting with the Greek Minister of Energy and Environment, Kostis Hatzidakis, during the president’s visit to Athena, where he tackled ways for supporting the mutual cooperation in new, renewable and conventional energy.

In November, El Molla discussed with the Korean Ambassador, Hong Jin-Wook  partnership opportunities in the oil and gas sector. He held another meeting with Glenn Miles, Australia’s Ambassador to Egypt, to explain the available mining investment opportunities.

El Molla ended November by a meeting with the newly appointed European Union (EU) Ambassador to Egypt, Christian Berger, to discuss their partnerships in the energy sector and how to boost it.

Regarding African cooperation, Noha Khedr, Egypt’s ambassador to Senegal, met with Sophie Gladima, Senegalese Minister of Mines and Geology, to discuss ways to increase cooperation in renewable energy and petroleum, Not only that, but Egypt also brokered the signature of the cooperation agreement between the African Export-Import Bank (Afreximbank) and AEICORP. El Molla also met with Nigeria’s Minister of State for Mines and Steel Development, Uchechukwu Sampson Ogah, to discuss ways to improve cooperation in the field of mining and collaborate on proposed joint projects between the two countries.

During Egyps 2020, Petroject Company has signed MoU with the Guinean Minister of Mines and Hydrocarbons Gabriel Mbega Obiang in addition to a related agreement with the Arab Contractors Company to cooperate in projects in Equatorial Guinea.

MoP also was keen to strengthen ties with Arab sister countries. El Molla met the Iraqi Ambassador to Cairo, Ahmed Nayef Al-Dulaim where they discussed the possibility of establishing a joint company and ways to enable Egyptian companies to participate in Iraqi projects. The two countries also discussed proposals for establishing a pipeline to transport crude oil from Iraq to Egypt and Jordan.

El Molla also signed an MoU with his counterpart, Ihsan Abdul Jabbar for supporting Iraq in a number of major projects in infrastructure, energy, electricity, oil, and gas. He convened an additional meeting with the Iraqi Minister of Industry and Minerals, Manhal Aziz, where they discussed ways to boost bilateral cooperation in the mining sector and how to benefit from the Egyptian expertise in the Iraqi market.

Government and IOCs: A Robust Tie

2020 has witnessed stronger cooperation between the IoCs and the Egyptian government in different areas including developing human resources, exchange experiences and technological applications in addition to boosting production, operation services and investments.

The Egyptian General Petroleum Corporation (EGPC) and Methanex Egypt signed MoU to enable collaboration between both parties to strengthen the culture of Process Safety Management (PSM) in the Egyptian industry.

Moreover, Petrojet has entered several deals including the contract that was signed with the Egyptian Ethylene and Derivatives Company (ETHYDCO) and Saipem for establishing the first polybutadiene plant in Egypt worth $150 million. It also conducted an engineering master service agreement worth $1 million with the Bilfinger Tebodin Middle East Company. Additionally, another two deals were signed with Saipem to implement projects in Libya and offering advanced training programs for Egyptian cadres.

ENOC Misr, which is a joint venture between Proserv Group and the Emirates National Oil Company (ENOC), has signed MoU with the lubricant manufacturers to evaluate blending and manufacturing lubricant in Egypt. BP Company has signed an agreement with the ministry to develop human resources. It signed one more agreement with EGPC in the field of marine supply.

Schlumberger signed agreements with Ain Shams University, the American University in Cairo (AUC), the German University in Cairo (GUC), and the British University in Egypt (BUE) for training their science, technology, engineering, and mathematics (STEM) students. It, also, cooperated with the General Petroleum Company (GPC) to introduce new Pulsar Multifunction Spectroscopy (PNX) technology for the first time in Egypt to increase production efficiency from brownfiled.

Additionally, Schlumberger signed an agreement with EGPC to build, operate and transfer Egypt’s Upstream Gateway. Schlumberger inked another MoU with the Petroleum Ministry to spread awareness and enhance collaboration on sustainability initiatives. Another agreement was signed with BP to boost cooperation in the digitization of the East Mediterranean gas upstream market.

United States Trade and Development Agency (USTDA) has signed an agreement with the ministry to enhance cooperation in developing the sector and its infrastructure. Assiut National Oil Processing Company (ANOPC) has conducted an EPC contract with TechnipFMC and Enppito establish mazut hydrocracking complex at a cost of $2.8 billion. Petroleum Marine Services (PMS) and Deep Tech Company have allied to develop a rapid emergency intervention plan for the Zohr project at a depth of 1,500 meters below sea level.

BGS Energy Services began cooperation with Alexandria Petroleum Company (APC) to implement pre-commissioning and commissioning activities for its “U-3000 Project” which saves $85 million per year.  Petromaint and Petro Scope have inked MoU to utilize technology in rationalizing energy consumption. Moreover, EGPC and Eni have reached an agreement to re-open Damietta liquefaction plant during Q1 of 2021.

In addition, other 12 agreements were conducted with a group of international companies including Chevron, Edison, BP, Total, Shell, Nobel, Kufpec, and Mubadala, eight of the agreements were signed with the Egyptian Natural Gas Holding Company (EGAS) and three with Ganoub El Wadi Petroleum Holding Company (Ganope), in addition to another one with the Egyptian General Petroleum Corporation (EGPC).

Moreover, NoCs, hand in hand, cooperated in different fields of the industry throughout the year.

Regarding joint training, WEPCO and Petrosafe have introduced a joint oil spill response drill in Al-Hamra Petroleum Port in the Mediterranean to combat marine petroleum pollution. Suez Methanol Derivatives Company signed an MoU with the Egyptian Maintenance Company to construct a methanol derivatives facility in Damietta.

Egypt gas conducted several agreements with its counterparts. One of them was signed with the Egyptian Company for Natural Gas Distribution in Cities (Town Gas) to deliver natural gas to areas in several governorates. It also signed an EGP 11.2 million contract with the Construction Products Holding Company (CPC) to deliver natural gas to the new CPC industrial complex project in Sadat City.

These cooperation and partnerships indicate that the Egyptian oil and gas sector is running in full swing to open new investment opportunities, looking forward to further progress and holding the economy up.