Egypt’s Oil and Gas Mergers and Acquisitions: A Propelling Potential 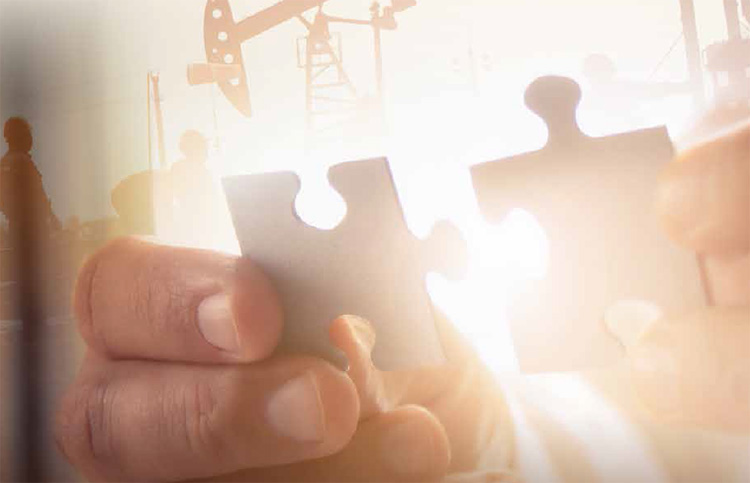 Thanks to the prosperous state in the Egyptian oil and gas industry, the investment climate has altered accordingly. In fact, the current state has attracted many International Oil Companies (IOCs) to implement new projects or even expand their current investments. As a result, the Mergers and Acquisitions’ (M&As) transactions in Egypt have witnessed a boom recently.

Nevertheless, it is worth mentioning that Mubadala’s acquisition to 10% of Eni’s shares in Shorouk concession marked one of the most highlighted transactions in 2018. Moreover, in 2019, Mubadala made an agreement with Eni to buy a 20% stake in the Noor offshore concession, in which Eni owns 85% stakes and the remaining 15% is held by Tharwa Petroleum. On the other hand, the economic reforms Egypt has been going through helps push M&As forward, which will motivate more investors to share the benefits of these reforms.

It can be agreed that the overall growing confidence in the Egyptian oil and gas industry has helped  initiate M&A deals; 2019 was a proof of that.

One of the most important and recent deals was the merger between Wintershall Holding GmbH (Wintershall) and DEA Deutsche Erdoel AG (DEA). The merger was completed on May 1, 2019 and it established a new company under the name of Wintershall Dea, with headquarters located in Kassel and Hamburg. Wintershall Dea possesses the Exploration and Production (E&P) rights in 13 countries around the world.

United Oil and Gas PLC (UOG) announced its plan to acquire Rockhopper Exploration PLC for $16 million. The deal included a non-operated 22% interest in the Abu Sennan concession in Egypt, in addition to the other existing assets. The transaction comprised a deposit of $300,000, payable on the signing of the sale and purchase agreement, while a further $15.7 million is due upon completion of the transaction. The acquisition is supposed to deliver over 1,100 barrels of oil equivalent per day (boe/d) of net low-cost production with 2.64 million boe net 2P Reserves to UOG.

Energean Oil and Gas inked an agreement to acquire Edison for $750 million. In addition, Energean will pay another $100 million after Italy’s Cassiopea field commences operating in 2022. The acquisition of Edison E&P comes in line with Energean’s strategy of creating a leading independent, gas-focused E&P company in the Mediterranean.

Dragon Oil, a subsidiary of the Emirates National Oil Company (ENOC), agreed with BP to acquire its stake in the Gulf of Suez Petroleum Company (GUPCO). The deal is expected to be completed after obtaining the Egyptian Ministry of Petroleum’s approval in H2 2019. Dragon Oil has considered the deal as part of its strategic priority to expand internationally. In fact, the company has been working on enhancing GUPCO’s production assets to exceed the level of 75,000 barrels per day (b/d) through increasing drilling activities and investing in modern technologies to sustain this level for the next ten years.

Furthermore, United Energy Group Limited (UEG) completely acquired Kuwait Energy PLC for more than $650 million. The deal was inked on September 23, 2018, and wrapped up in March 2019. Kuwait Energy holds a working interest of four licenses in Egypt, one of which is governed by a service contract and the other three are governed by production-sharing contracts (PSCs), in East Ras Qattara, Abu Sennan, Burg El Arab, and the Eastern Desert.

SOCO International Company completed the acquisition of Merlon Petroleum El Fayum Company from Merlon International for $136 million in cash, in addition to issuing 65,561,041 new ordinary shares of SOCO to Merlon International. The shares are supposed to be issued with an obligation for Merlon to distribute them between its shareholders within 30 days.

Delek Drilling was seeking to acquire stakes in Egypt’s liquefication plants, either Idku or Damietta, to expand its export footprints. Moreover, Delek is considering buying capacities in the two plants instead of acquiring equity stakes. Yet, according to Bloomberg, the Ministry of Petroleum and Mineral Resources representatives did not comment on the matter.

Another deal was made by Inpector Capital BV which announced acquiring Scimitar Production Egypt Ltd to invest in the Egyptian oil and gas sector. The company considered the acquisition of Scimitar as the first step towards new prolific investments.

Furthermore, many M&A deals were made throughout 2018. Noble Energy, Delek Drilling and Egypt East Gas Company acquired a 39% stake in the Eastern Mediterranean Gas (EMG) Company, which owns the subsea EMG pipeline that runs from the Israeli city of Ashkelon to El Arish on Egypt’s north coast. The consortium would pay $518 million for the stake; Delek and Noble would provide $185 million each while Egypt East Gas paid the remainder. The agreement could allow the consortium to export natural gas from Israel’s Tamar and Leviathan fields in the Mediterranean to Egypt’s liquefication facilities.

ADES International Holding Company received a $450 million loan to finance its acquisitions. The European Bank for Reconstruction and Development (EBRD) provided ADES with around $125 million as a part of the total loan value. The loan marked the company’s strategy to expand its onshore and offshore drilling fleet in Egypt and the MENA region.

In 2017, many transactions took place as well. The Egyptian General Petroleum Corporation (EGPC) acquired Maersk Drilling Company’s 50% stake in the Egyptian Drilling Company for $100 million in cash. Moreover, Total announced the purchase of a 5% stake in the first train of the Liquefied Natural Gas (LNG) project in Idku from French Engie. The agreement was part of a larger transaction worth up to $2 billion that also included other assets in the US, Africa and Europe. Another remarkable deal was by Rosneft in the acquisition of Eni’s 30% stakes in Zohr gas field for $1.125 billion. Furthermore, GlobalConnect acquired 25% stake in the Abu Sennan Concession after being approved by the Egyptian government.

The oil and gas industry witnessed and will continue to observe many M&A deals. According to Wood Mackenzie, there are many reasons for supporting the occurrence of such deals. One of the main reasons is that the financial position of the oil and gas sector is getting better as the companies’ balance sheets are strengthening and costs are under control. Another important reason is the companies’ high grading portfolios which will continue to feed the market assets, leading more deals to be formed in the future. For these reasons, according to Wood Mackenzie, the main message for companies that are looking to expand their businesses is that investors will continue to support M&As as long as financing these deals will not negatively impact the businesses and will add to their portfolios.

The M&A deals formed in the Egyptian oil and gas industry could only prove that Egypt is becoming more and more noticeable on the business map by many investors as a potential upcoming destination for future projects.