‘Egypt’: The Secret Behind Prosperity in The Eastern Mediterranean Region 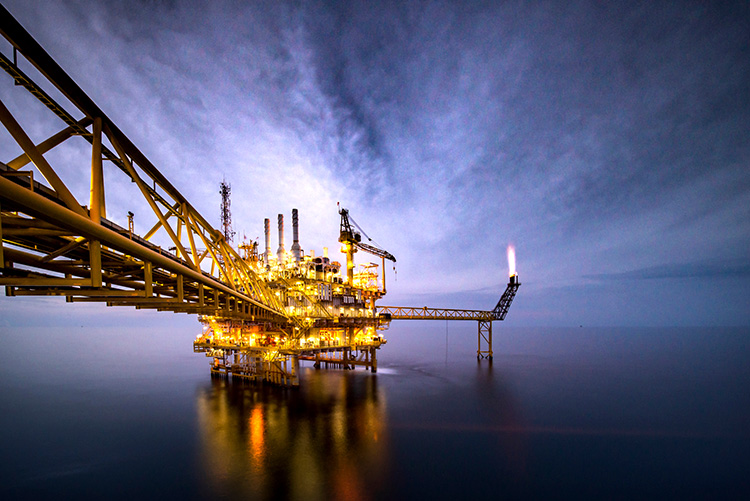 Thanks to the boom in natural gas discoveries during the last decade, the East Mediterranean region has imprinted its foothold as a natural gas key player. These discoveries have contributed greatly to boosting the region’s potential reserves as well as intensifying its ability to meet the growing domestic demand and achieve a surplus for export.

This explains the national, regional and international interest in the region which has been bolstered after several regional gas field discoveries. Nevertheless, this interest was multiplied after the discovery of the game-changer Zohr field in 2015. From a business perspective, these discoveries have encouraged international oil companies (IOCs) to participate in the exploration and production (E&P) activities in the region. As a result, the proven reserves of natural gas are estimated to increase reaching 8 trillion cubic meters (tcm), which could make it comparable to the proven reserves in the US and Saudi Arabia, and larger than the reserves in Algeria, Nigeria or Iraq, according to a paper entitled “Natural Gas in East Mediterranean Basin – Changing the Energy Landscape.”

Egypt is one of the top 20 countries in proven gas reserves, production and consumption worldwide, with natural gas being a key factor in the Egyptian energy equation. The Mediterranean Sea is considered as the main source of natural gas in Egypt, making up around 87% of the country’s proven reserves. Besides, Egypt has over 40 producing wells in the Mediterranean Sea and in 2018, the country produced around 1,162 billion cubic feet per year (bcf/y), according to an Egypt Oil & Gas report entitled ‘Egypt- The Future Regional Natural Gas Hub.’

The recent wave of natural gas discoveries has been considered a strong spur to reinforce the cooperative ties between the region’s states. Additionally, these continuing discoveries can be used as a promising mean for achieving greater stability in the region, according to the European Council on Foreign Relations’ paper by Tareq Baconi, entitled ‘Pipelines and Pipedreams: How the EU Can Support a Regional Gas Hub in the Eastern Mediterranean.’ However, many hurdles are preventing regional countries from exporting natural gas.

One of these countries is Cyprus, which made one of the region’s greatest discoveries, the Aphrodite field, in 2011, with estimated reserves ranging between 3.6 and 6 trillion cubic feet (tcf); an amount that could lessen the country’s dependence on oil. According to Baconi, the Cypriot domestic demand of natural gas is relatively low, leaving large reserves for export.

However, Cyprus is facing a dilemma in exporting natural gas as it has to either transfer it through an onshore or offshore liquefied natural gas (LNG) terminal or through pipelines. Yet, Cyprus has no export infrastructure, and establishing it would require significant capital investments, according to Baconi, who noted that Aphrodite is too small to justify the investments needed. Furthermore, Cyprus is a new entrant in the gas world, thus, any trial to establish an LNG terminal will have large costs. At the same time, having a “new onshore LNG in Cyprus is a potential longer-term option, but only if explorers can find enough gas to fill it,” according to Rob Morris, from the East Mediterranean upstream team at Wood Mackenzie.

Similarly, the construction of pipelines will hold many economic and political restrictions. It is worth noting that, according to Morris the Floating LNG (FLNG) terminals “could be an option in Cyprus, but only if the Egypt LNG option does not work out.”

With an eye on Israel, which shifted from being an importer to commencing production in 2013, after Tamer field’s discovery, the country fulfils the rest of its gas needs from Egypt through a pipeline that crosses the Sinai Peninsula into Southern Israel, production commenced by 2013 to meet its domestic needs Subsequently, Noble Energy discovered the Leviathan field with estimated reserves of around 17.6 tcf, transforming Israel to a net exporter. This gave Israel the needed space to strengthen its relations not only with the region’s countries, but also with Europe.

However, not far from Cyprus, Israel is a newcomer to the natural gas world, facing many obstacles, with two main hindrances; securing long-term buyers to facilitate production and identifying feasible export routes.

Other than exporting gas from pipelines, Israel has two other possibilities for exporting from Leviathan, both of which involve developing the country’s LNG capacity, yet “an onshore plant is unlikely to progress in Israel because of the environmental opposition and potential security risks,” Morris said, pointing out to another option which is the FLNG terminal, stating that “the FLNG technology is becoming more proven, and it is potentially cost-competitive. Noble Energy is once again looking at FLNG as a potential solution for Leviathan in Israel.”

Another country in the region which does not export natural gas due to its small production capacity is Italy. According to a 2019 BP statistical review, the Italian natural gas production reached around 1.6 tcf. Thus, Italy is considered highly-dependent on gas imports, with 90.4% of its supplies from natural gas not enough to cover its domestic needs, according to a paper by the Oxford Institute for Energy Studies, entitled ‘The Italian Gas Market: Challenges and Opportunities.’

Egypt is the Way Out

In 2015, Egypt has unveiled the “game-changer” for the East Mediterranean region after discovering Zohr field with estimated reserves of around 30 tcf, making it bigger than both the Cypriot and Israeli gas fields together, according to Baconi’s paper. That is why, Egypt, with its needed natural gas export infrastructure, is considered the ideal way out from the region’s export fiasco.

Egypt is enriched by its LNG exporting facilities, which is ”the most economically attractive option,” according to Morris. The first one is owned and operated by the Spanish Egyptian Gas Company (SEGAS), and the second one is managed by the Egyptian Liquefied Natural Gas Company (ELNG), according to Egypt Oil & Gas report, entitled ‘Tracking Egypt’s LNG Exports From 2010-2017.’

According to the report, the SEGAS facility, located in Damietta, came on stream by the end of 2014 with exports mainly directed to the European market. It was the first liquefaction facility built in Egypt as a single train plant with a capacity of 5.5 million tons per year (mt/y). On the other hand, the ELNG facility that was established in Idku in 2001 is a two-train facility on the Mediterranean coast with a capacity of 10 billion cubic meter per year (bcm/y) to export the Egyptian LNG to France, other countries in Europe, and the US.

However, despite having the export infrastructure capacity, Egypt is facing a major obstacle to grow domestic demand on natural gas, which is estimated at around 50 billion cubic meters (bcm), according to Baconi. Therefore, the North African country had to focus mainly on meeting that demand, yet all of these issues were balanced after the discovery of Zohr field, which provided the market with the needed gas and fulfilled  the country’s domestic demand. Baconi pointed out in his paper that the high production level from Zohr helped Egypt to resume its role as a regional exporter.

Baconi, however, raised a question in his paper about the amount of natural gas that Egypt will be able to export after meeting its domestic needs. According to Baconi, some experts suggest that Egypt has very high absorption capacity and the country will use its production to meet domestic demand instead of international markets. On the other side of the debate, government officials and international corporations have been optimistic about Egypt’s resumed role as an exporter. Morris expects “a strong demand growth to 2020 at around 5% per annum as supply availability grows. However, a slowdown [will happen] afterwards as the government moves to lift all electricity subsidies by 2022.” It is worth mentioning that Egypt could become a net gas importer again, yet “to avoid this, the government will need to make a good strategy of diversifying the energy mix within the power sector, increasing penetration of renewables, clean coal and – longer term – nuclear could help offset reliance on gas. But new discoveries will also be required and/or external gas from neighboring countries if Egypt is to meet increasing domestic demand and maintain LNG exports,” Morris noted.

Furthermore, being a regional gas hub will help Egypt in its role as an exporter, taking into consideration the impact of the Egyptian economic health on its hub strategy. According to Morris, “continuing to unwind subsidies, progress gas market liberalization and maintain a buoyant upstream sector with regular bid rounds should put the country in good stead with investors and could help underpin gas availability,” adding that “the country’s current account is improving, in part, because it stopped importing LNG last year and has ramped up exports out of ELNG.” Additionally, Morris clarified that the flourishing economy has also allowed the government to pay down receivables owed to IOCs; where currently less than $1 billion is owed.

As a way to strengthen ties among the Eastern Mediterranean countries, Egypt, Greece and Cyprus agreed in October 2018 to establish the East Mediterranean Gas Forum (EMGF) headquartered in Cairo. The forum includes seven countries which are Egypt, Cyprus, Greece, Jordan, Palestine, Israel, and Italy. The seven countries decided in January to create the forum, which underlined the transformation of Egypt into a leading center for natural gas trade and the region’s energy hub. The ministerial meeting of the EMGF was held on July 24-25 in Cairo as per the invitation of H.E Tarek El Molla, the Minister of Petroleum and Mineral Resources. It was attended by the Egyptian, Cypriot, Greek, Palestinian, Israeli, and Italian energy ministers, as well as a representative of the Jordanian Minister of Energy. Additionally, US Energy Secretary Rick Perry also attended the meeting as a special guest of honor, alongside representatives from France, the European Union, and the World Bank.

During the meeting, the ministers decided on the forum’s governing rules and procedures, and committed to achieving the goal of enhancing regional cooperation in the energy sector and make the best use of available resources, paving the way for a sustainable regional natural gas market. Furthermore, they discussed cooperation opportunities to gradually develop the natural gas infrastructure in the region in order to accelerate the economic utilization of current reserves and facilitate future discoveries. It is worth noting that the next EMGF Ministerial Meeting will be held in Cairo during the second half of January 2020.

The Egyptian LNG facilities remain the most attractive export option for undeveloped gas in the region. Therefore, new export infrastructure will likely only be established elsewhere if there were no available capacity in Egypt, Morris said, explaining that having insufficient export capacity is a challenge that can be tackled through cooperation as “any cross-border infrastructure such as pipelines will require close cooperation to ensure an optimal development and prevent delays.” Moreover, Morris noted that “longer term, [having] an interconnected East Med regional market and trading hub could potentially develop. However, this would require close cooperation, significant market reforms and new infrastructure to be built.”