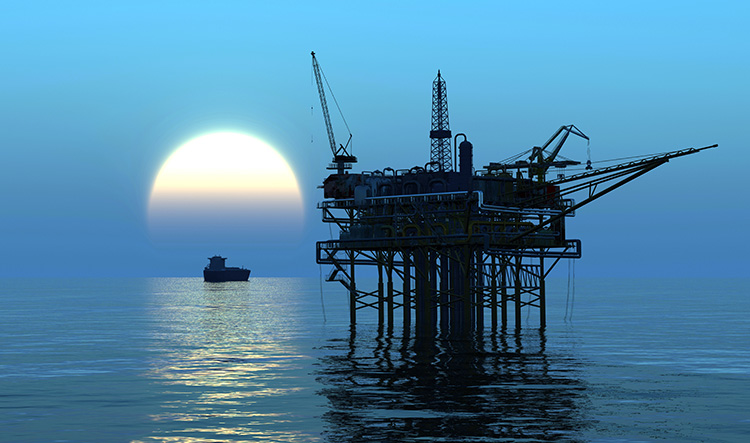 The Eastern Mediterranean region has witnessed many discoveries, affecting not only the region’s countries, but also the main global players such as the European Union (EU), Russia and the US.

While many research papers tackled this issue, one that stood out was a research paper entitled ‘East Mediterranean Gas: A New Arena for International Rivalry’, published in Review of Economics and Political Science by Ahmed ElBassoussy, a former Researcher and Policy Analyst at Ministry of Industry and Trade, and a current Assistant Professor of Political Science at The Egyptian Russian University (ERU).

This paper mainly aims at highlighting how international countries responed to the recent gas discoveries in the East Mediterranean basin. From a theoretical perspective, it is worth noting that the constant increase in demand for gas in developed and developing countries is directly proportional to the decline in hydrocarbon availability. Moreover, the paper focuses as well on defining specific key concepts including energy security, international conflicts, geopolitics, territorial sea, and exclusive economic zones.

The East Mediterranean region is enriched by vast strategic reserves that reached around 122 trillion cubic feet (tcf) of natural gas, according to USA Geological survey, 2010.

The discovery of a large number of gas fields began in 2000 when the gas field Mari-B, was discovered with estimated reserves of around 1.1 tcf. In the same year, the discovery of the Gaza Marine field was announced by the British Gas Company, BP affiliate, with total reserves of around one tcf of natural gas. However, there was  political sensitivity towards this field due to Israeli oppositions. During the same year, Noa field was discovered with relatively small reserves at approximately 0.4 tcf of natural gas.

Explorations continued with a fast pace until 2009, in which Tamar field was discovered with reserves of around
9.7 tcf. Another discovery was Dalit field with total reserves ranging between 0.35 and 0.5 tcf. Additionally, December of the same year witnessed the discovery of Aphrodite field in Cyprus with total reserves of approximately 9 tcf of natural gas. Moreover, In November 2011, Dolphin field was discovered with estimated reserves of around 0.8 tcf of natural gas.

Consequently, Tanin field (Temash) was discovered in 2012, marking the seventh discovery by Isreal, with initial estimated reserves at 1.2 tcf. Then, in April 2012 Shimshon field was found to attain reserves of around 0.55 tcf. By June, Israel announced the discovery of Leviathan field, which is considered the second largest natural gas discovery in the whole region, with estimated reserves amounted to 17 tcf.

After such prominent discoveries, it is also worth acknowledging that Egypt announced the discovery of the giant Zohr field by the Italian Eni. The field has gas reserves of around 30 tcf.

The recent discoveries in the region have encouraged key international players, particularly the EU, Russia and the US, to take part in exploring the wealth of the region.

In Europe, an Energy Union was established by the European Commission President Jean-Claude Juncker, called “The Framework Strategy for a Resilient Energy Union with a Forward-Looking Climate Change Policy” which mainly aims at achieving energy security, solidarity and trust. The framework targets establishing an integral European energy market by focusing on infrastructure, as well as achieving an efficient use of energy to balance demand and become a free- carbon economy. The European vision is to consider exploration as an opportunity to rely on multiple energy sources; by doing so, Europe will be able to overcome its prominent dependence on Russia. It is of great importance to also note that numerous of international oil companies (IOCs) have participated in the region’s exploration activities.

Moreover, European companies are encouraged to invest in Egypt as it is considered to be one of the most resource abundant countries. An example of an IOC that invests in Egypt is BP. BP produces around 30% of Egypt’s gas and 15% of its oil, in cooperation with other partners. Furthermore, some of the company’s most prominent offshore projects are located in West Nile Delta and North Damietta. Another European leading company is Eni, which began its activities in Egypt in 1954 with 53 exploration licenses as well as discovering 59 oil and gas field licenses.

In Cyprus, BP is currently one of the most active companies on the exploration map. On the Palestinian level, the British Gas Company was the first company to succeed in settling exploration and investment agreements for offshore gas fields.

European countries have recognized that creating a strong cooperation ties among the region’s countries is the right way to attain the maximum benefit from the region’s natural gas wealth. While analyzing the European approach, it is noticed that the European side plans to manifest an area of interest with the region’s parties.

Russia’s strategy, however, is quite different from that of Europe. Despite the fact that Russia has no interest in the region’s gas discovery, Russian officials have acknowledged the region’s strategic impact as a result of the recent discoveries.

Russia has left its mark in the Lebanese market since 2013 when Rosneft, Gazprom, Novatek, and Lukoil announced their interest in investing in 10 blocks in the Lebanese Exclusive Zone. Additionally, despite Syria’s unstable conditions, Russia signed an agreement with Syria in 2013 for exploration and production activities. Similarly, in spite of Palestine’s political conditions, Russia spares no effort in establishing its place in the Palestinian gas sector; this could be useful if Palestine reached an agreement with Israel in the future.

Furthermore, the discovery of Zohr field in Egypt has propped-up Egypt’s position as an area of interest for Russia.  Even in the case of Israel, Russia planned to benefit from the Israeli massive gas reserves. In fact, in 2013, the two countries discussed an agreement to obtain liqueﬁed natural gas (LNG) from Tamara and Dalit Fields for 20 years, However, this agreement is yet to be implemented in real life. Nevertheless, 2016 has witnessed the payoff of Russian efforts when Israeli Prime Minister Benjamin Netanyahu called on Russian companies to invest in Israel. One of the main reasons Israel decided to cooperate with Russia was not only related to energy aspects, but also for political visions.

The natural gas discoveries in the East Mediterranean region enable a way to lessen the EU’s dependence on Russia. Moreover, Russia’s pattern of work differs from the American and European style as Russia seeks to purchase shares in the already existing fields, while the US and Europe focus on accessing and obtaining exploration rights in concession areas.