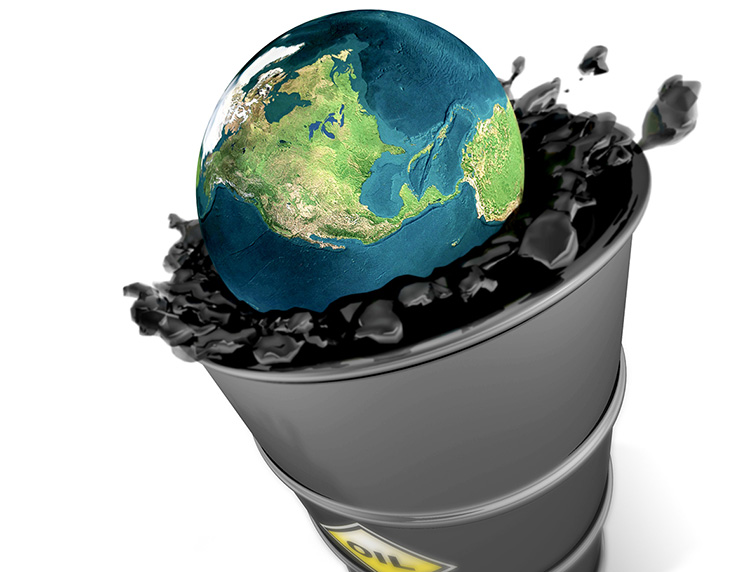 Many sectors including oil and gas industry, are now suffering due to the outbreak of the coronavirus pandemic. The global lockdown and imposed curfew everywhere have led to heavy economic and commercial losses as some industries have come to a halt. The reduction in oil consumption and the declining oil prices have dealt a blow to the oil industry affecting the production and operation of oil companies. The crises led National Oil Companies (NOCs) and International Oil Companies (IOCs) to develop their own ways to survive. Egypt Oil & Gas (EOG) has explored the opinions of production and field engineers working in different oil companies, as well as industry experts, to better understand how the situation has been handled in Egypt.

The production process in Egypt seems to be affected, somehow, by the current challenges of the drop in oil prices and the lockdown imposed around the world.

Mohamed Mahmoud, Gas Processing Operations Engineer at Badr Petroleum Company (Bapetco), said to EOG that the decreasing number of manpower has affected workflow and there is a difficulty to import the needed spare parts, while new discoveries are minimized.

He added that they are proceeding the daily work “by taking social distancing precautions, replacing daily meetings with emails”. He also elaborated that “daily production [is] not affected at all and the production plant works with full capacity”.

While a Wireline Field Engineer at a NOC who requested anonymity, said that “we are not just trying to sustain the daily production rate, we are also working to enhance and increase it. Despite this pandemic and its effect on workers’ morale, our various teams are working harmoniously, effectively, and efficiently.”

He stated that his company is doing its best to minimize the presence of workers and making rotations in the same shift.” Sometimes[we] work eight hours instead of 12; however, the workflow is not affected”, as number of workers in the rigs is the same as well as the number of engineers and operators in each production facility, he said.

Ahmed Hisham, a Filed Engineer at Baker Hughes explained that the current production situation in Egypt is not affected by the pandemic, because of the long-term plans implemented in the previous months and years so it will keep as high as possible.

He added that “In the oil and gas companies, workflow is affected only by the oil price, so even if there is global pandemic but the price is high, the workflow will maintain.”

The Egyptian government implemented several procedures and measures in all organizations and sectors including oil companies.

As the shift duration was increased to be ten days instead of seven to limit employees’ transportations. This is in addition to other precaution measures such as measuring temperatures of employees before entering the site and isolating people who have symptoms of the virus, Mahmoud elaborated.

Regarding sanitization tools, Mahmoud said, “Sanitizers distributed in almost all places, catering employees are wearing face masks and gloves and of course [using] water and soap.”

The anonymous wireline field engineer at NOC mentioned that his company limited the number of workers in crowded places. He added that “each employee receives hand sanitizers and masks on daily basis. Each pickup-truck and office is having sanitizing spray”.

Hisham said that “Remote working is partially applied due to the crucial need to physical manpower to maintain the production process”. He noted that, “we, as field engineers, have to go to the field to perform jobs and implement plans and programs.”

Hisham noted that “all oil and gas wells’ data are organized and stored on database drivers to provide proper analysis to the customer when consultancy is needed”.

The predictions of the engineers for oil prices during the upcoming period are varied between stability and increase.

Mohamed El Shawaf, a Production Field Engineer at Khalda Petroleum company expected that the oil prices will increase after finishing the lockdown and oil demand increases.

“In that case, we only have two parallel ways. The first one that oil production companies optimize their production depending on oil price state. The second one comes from the Organization of the Petroleum Exporting Countries (OPEC OPEC plus to work on optimizing the supply to make market stable after ending of this circumstance to avoid fluctuating of price.”, He explained.

While Mohammed El Wahsh, a Production Technology Engineer at Khalda Petroleum Company, had another point of view saying that “Personally, I do believe that the oil price will maintain a plateau at least for the end of the year 2020 until all the preventive measures applied on all industries worldwide get removed gradually.”

Ahmed Gharib, Senior operation Engineer at Nasr Petroleum company said, advocated the stability of oil prices in low levels saying that “I think oil prices in next months will still in low and by the end of this year 2020, it will increase again to regular prices. All production companies will spend a lot of money to store oil and we can consider it the second reason for making oil prices very low.”

Most of countries have started to adapt with coronavirus as it is expected to continue for a long time until a cure is found. Gradually, the different industries will be back to its normal in the coming period, but not in the same way, of course. This may impact the production process including oil and gas production.

An anonymous expert in the oil and gas production   said to EOG “Most of new projects are postponed for at least eight to 16 months because owner companies can’t make a huge project”.

Hisham, the Field Engineer at Baker Hughes stated that “ It’s expected that many countries will partially open all normal operations to save their economy, with which the demand will increase and then the oil price will recover leading the workflow to flourish again.”

Nevertheless, El Wahsh said that, “In [his] opinion, operator companies will take a cautious approach towards resuming their operations after the demand returns to its normal rates.”

“Such approach will be accompanied by a close monitoring to the demand trend in order to choose the perfect timing to increasing the production operations again”, he added. The Production Technology Engineer, elaborated that “for non-exporting countries, like Egypt, this falls in our favor by decreasing the portion of the annual budget spent on importing petroleum products such as gasoline.”

El Shawaf commented that oil companies always seek to maintain and increase their production, but this couldn’t happen until the oil price recovered to allow the companies compensate for their losses, noting that low oil prices seem to be something good for Egypt, but not for IOCs that are investing in Egypt.

Gharib mentioned that “the production process after coming back to the regular working days, will be in low rates as all storage tanks are full because of the low consumption of oil as fuel, but, overtime, it will increase to normal rates.”

Additionally, the senior operation engineer saw that if this pandemic continues for more than one year, the situation will be harder and more complicated for all industries not only oil sector adding that low oil prices allow importing big quantities of petroleum products.