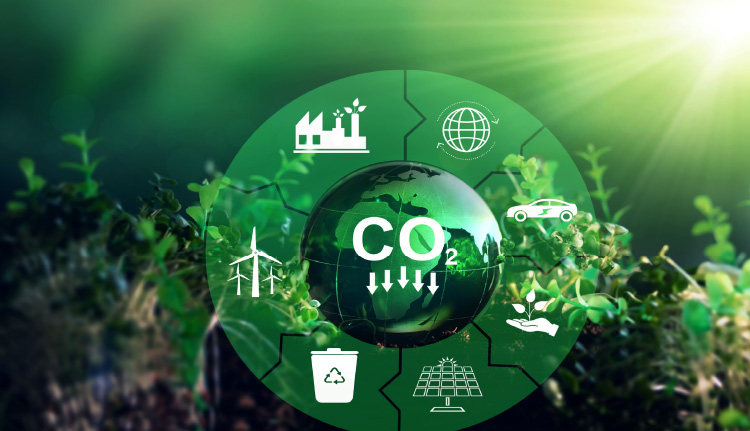 New Technology is an effective way to develop solutions for carbon emissions reduction initiatives. Carbon sequestration is a good example in which carbon is kept in its solid or liquid forms and separated so that it does not harm the environment. Carbon Capture, Utilization, and Storage (CCUS) technologies are some of the most popular technologies used recently to mitigate carbon dioxide (CO2) emissions.

Exploring CCUS: How It Works

According to an article published by the International Energy Agency (IEA), the CCUS refers to the capture of CO2 from large point sources such as power generation or industrial facilities that use fossil fuels or biomass as fuel. Moreover, the article elaborated that CO2 can be captured directly from the air and reused on-site. If it is not used in the same project, carbon can be compressed and transported through pipelines, ships, rail, or trucks to be used in other applications or injected into deep geological formations (including depleted oil and gas reservoirs or saline aquifers), which can keep the CO2 for constant storage.

The latest IEA data showed that around 35 commercial facilities are applying CCUS to industrial processes, fuel transformation, and power generation with a total annual capture capacity of 45 megatons (Mt) of carbon. It added that there is an ambition for establishing over 200 new capture facilities to be operated by 2030, capturing over 220 Mt of carbon per year. There are three types of carbon capture technologies: pre-combustion capture, post-combustion, and oxyfuel combustion capture.

Pre-Combustion Capture is one of the capture technologies in which the fuel is split by heat into a mixture of hydrogen gas and carbon dioxide before combustion takes place. This is so that the hydrogen can be taken separately and used to produce energy without CO2 spread. This type enables the capture, compression, and transportation of the remaining CO2, according to an article posted on Energy Tracker. It is mainly applied in integrated gasification combined cycle (IGCC) plants. Its key benefits include high efficiency and being an easier method for carbon removal from fossil fuels than post-combustion.

Oxyfuel Combustion Capture is considered the most efficient carbon capture technology which can capture 100% of carbon emissions. However, it is the most expensive method and is very energy-intensive. This technology refers to the separation of pure oxygen from the air, according to the article published by Energy Tracker. Then, this oxygen is used to burn the fuel, generating carbon dioxide and water byproducts. After that, water is isolated using a condensation unit which allows the capture of the remaining CO2.

Post-Combustion Capture refers to the removal of CO2 from the fuel after combustion. This is done by capturing exhaust gases generated from burned fuel, then the CO2 is separated by using a liquid solvent. After mixing with the liquid solvent, CO2 is separated from the solvent by using a separation unit. This enables the transportation, storage, and utilization of the remaining CO2. This method is the most common CCU technology and it can be easily installed in the existing power plants as well as is more energy intensive than the pre-combustion method.

An article published by If Solutions stated some benefits of CCUS for the oil and gas industry. It mentioned that besides keeping the environment safe from harmful emissions, it can help to use the large volume of CO2 generated from oil and gas industry operations as a cheap source of energy. CCUS also helps oil and gas operators to commit to the regulatory compliance which is required by global environmental bodies to reduce carbon emissions.

According to the article, CCUS has many applications in the oil and gas industry. The captured and stored carbon can be used by the operators as they can inject it into the natural gas formation to improve the pressure reduction and keep production rates. Also, CCUS can optimize ethanol production which is an important source of renewable fuel. Additionally, carbon capture technology allows the production of low-carbon hydrogen fuel which becomes essential in oil and gas operations.