Biogas as A Catalyst for Rural Development and Energy Security: An Interview with Young Egyptian Entrepreneur Al-Shaimaa Omar 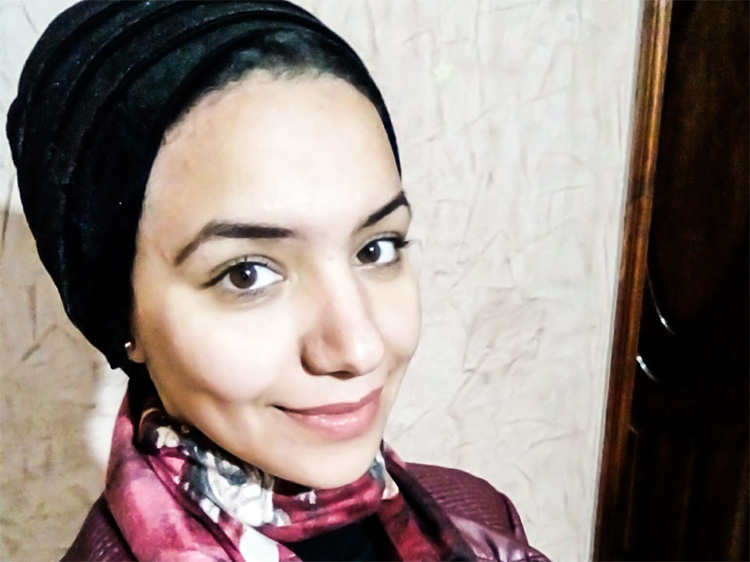 In order to meet Egypt’s Vision 2030 and transform the country’s energy mix, biogas represents an interesting destination for investments, especially in remote villages. Egypt Oil & Gas spoke to young Egyptian engineer Al-Shaimaa Omar, who has been working in the field of bioenergy for more than six years, about her biogas project in Egypt and its role in establishing a strong base for a diversified rural economy and self-sufficiency.

Could you tell us about your background and your interest in studying chemical engineering?

I was born and raised in Sohag. In 2012, I got my Bachelor degree in Chemical Engineering from Minya University. I actually believe Chemical Engineering is a unique field of study, with subjects that are much more interesting than any other specialization. My studies covered multiple industries, such as oil and gas, renewable energy, iron and steel. I really love it, and I believe that it will always be the “joker” in any field.

What inspired you to develop a biogas project?

After graduating, I did not seek a regular job as I always wanted to have an opportunity to do something different. In my mind, I wanted to be a businesswoman. In 2013, I joined a three-month training program that was supported by the Egyptian government, the United Nations Development Program (UNDP) and the Global Environment Facility (GEF). The training focused on generating energy from biomass. After that, I decided to extend my knowledge in this field and make it the starting point of my own project.

In the beginning, I received support from the Ministry of Environment to spread the project to various areas in 14 governorates. In 2014, I established my own company, Biomix. The company has successfully installed more than 200 household biogas units in rural areas that were lacking energy supplies. The units generate approximately 219,000 cubic meters of biogas annually.

In 2018, Biomix was merged with another small company to establish a new entity called “BIOMAX”, which is owned by three partners, including myself. BIOMAX is taking biogas generation to advanced levels by generating thermal energy and electricity on larger scales. We have cooperated with large cattle and poultry farms to install a number of centralized biogas units.

Until now, BIOMAX has established more than 500 biogas units on small and medium scales. Our plan for 2019 is to install a total of 2,000 household biogas units, as well as 10 large-scale biogas units with a daily production capacity of 500 cubic meters of biogas.

What encouraged you to focus on bioenergy and agricultural waste?

We are at a time in which we need to look for each and every opportunity to save the environment and the planet from the threat of climate change. The main reasons behind global warming are the use of fossil fuel, livestock farming, and the use of nitrogen-based fertilizers. We are addressing these issues by generating green energy from animal and agricultural waste, and producing organic fertilizers as a byproduct that reduces and then eliminates the need for conventional fertilizers, thus reducing energy consumption in fertilizer factories.

We are reducing waste disposal costs and methane emissions resulting from unmanaged waste decomposition, while getting cheap and clean energy. This is crucial, because methane’s contribution to global warming is 25 times more than that of carbon dioxide.

That is why the motives behind pursuing this project are economic, environmental, and social. I focused on the bioenergy field in order to have a real positive impact on the environment and my community by using our sources to produce energy instead of being just consumers of energy. From a social perspective, biogas can help create jobs in rural areas and increase awareness about clean energy, organic food, hygiene and sanitation.

What are the challenges that you face while educating farmers about biogas?

The biggest challenge is convincing farmers that they have a real treasure of “organic waste”. I try to explain to them the added value that they can generate and how they can be self-sufficient of energy and organic food while maintaining a healthy clean environment for their families by reducing waste and increasing the quality of their lives. It is very challenging to communicate this message, but I have a real passion to do this, because I believe that everyone deserves to live a good life, and our community needs our efforts to make it better.

On the other hand, there are many reasons standing in the way of farmers switching to biogas, especially resistance to change and the lack of interest to make such an investment. Some of them also does not have enough waste to produce biogas, or the capital that covers initial costs, even though biogas is not expensive compared to other energy sources.

What are your health and safety protocols for biogas generation?

Our units have high safety tools to prevent any leakage or any danger that might occur. We consider all the parameters like choosing the site of the biogas unit, the quality of used materials, and we have follow ups with beneficiaries in case of any emergency.

How can the energy and industrial sectors benefit from projects like yours?

We can expand the use of biogas into several industries as a renewable energy source. It allows electricity generation and gas that can be pumped into the national natural gas grid, which is what many European countries do. More importantly, any industry that produces organic waste can recycle it to produce energy from biogas, thus serving their own needs and reducing the burden on the national gas grid. BIOMAX now offer several applications to cover energy needs by the industrial sector, which differ depending on the industry.

What are the prospects of applying the project on a national scale?

I think it is possible to apply the project on a larger scale using central units, but we need more support from the government to install this kind of units, because of the complicated logistics, especially in villages.

I think this year we will see a huge focus on biogas projects in Egypt, as a national project, because biogas technology, like any other, faces a lot of challenges in the beginning, but then it is easier to spread it all over the country, like what is happening now with solar energy.

Where does Egypt stand in biogas production compared to other countries?

Until now, we cannot say that we are at the same level as other countries that enjoy advanced biogas plants with huge mega-scale projects, but it is not too late to catch up with this revolution in biogas technology, especially as we have the technical knowhow and skilled people to innovate in this sector.

Do you think there is a place for more female entrepreneurs like you, especially in Upper Egypt?

My journey was very challenging. I faced a lot of resistance, but that is what keeps me going until today. We still have a long way to go. Nevertheless, from my experience, as you go on and succeed, you gain the support of family and those around you despite the difficulties.