Barriers to Investment: Attracting Finance for the Renewable Energy Sector 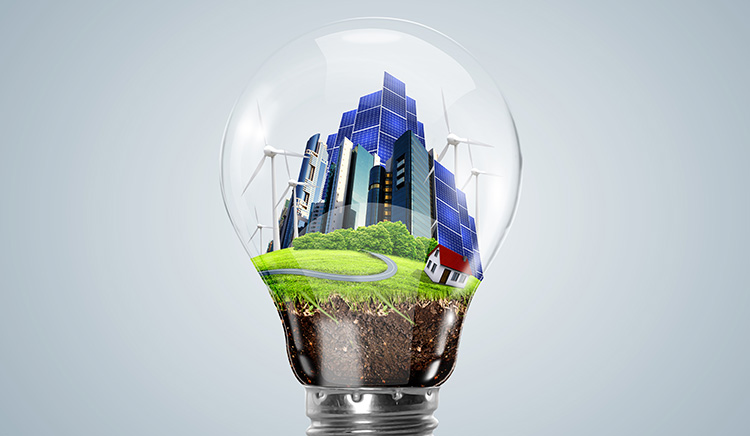 A report published in 2018 by the International Renewable Energy Agency (IRENA) revealed that capital inflows into the Middle East and North Africa (MENA) renewables sector during 2015 and 2016 were the lowest of any region in the world. The analysis, which includes both public and private sources of finance, gave the MENA region an index of 4. This compares to East Asia, Western Europe, and Sub-Saharan Africa, which had indices of 106.9, 60.6, and 4.6 respectively.

During an interview with Bloomberg in December 2017, Minister of Electricity Mohamed Shaker said that the government is planning to produce 42% of the country’s electricity from renewable sources by 2025. This figure is significantly more ambitious than the government’s previous target of using renewable energy to generate 20% of its electricity by 2022.

Achieving either of these targets requires increased private sector involvement in the production of electricity. This is why in 2014 the government passed the Renewable Energy Law (No. 203/2014), a piece of legislation that for the first time articulated a number of different mechanisms by which private investors can become involved in the production of renewable energy: competitive bidding and auctions, feed-in tariffs, and independent power production. The legislation differentiates between two types of competitive bidding: bidding for ‘Build Own Operate’ (BOO) projects – a scheme by which investors can establish, own and operate an energy project – and conventional competitive bids. Tenders for BOO projects are managed by the Egyptian Electricity Transmission Company (EETC) and electricity is sold to the EETC at a price agreed upon by the investor and the EETC. Non-BOO tenders offered through competitive bidding are meanwhile administered by the New and Renewable Energy Authority (NREA).

Unlike with BOO projects, the NREA operates the facilities and sells the electricity to the EETC at a price agreed by the Egyptian Electric Utility and Consumer Protection Regulatory Agency. Under the Feed-in Tariff (FIT) system, investors build, own and operate renewable energy facilities, and sell the electricity to the EETC or distribution companies via a power purchase agreement (PPA). The tariffs vary depending on the amount of electricity produced by the facility, and whether produces electricity via solar or wind. FITs are attractive to investors because they operate through long-term contracts spanning up to 25 years, and they guarantee access to the energy grid.

More recently, the government passed the 2017 investment law, a piece of legislation designed to incentivize foreign companies and individuals to invest capital into the Egyptian economy. The law makes it more difficult for authorities to prematurely cancel an agreement, grants foreign investors residence rights for the term of their investment, and treats Egyptian and foreign investors equally under the law. While the legislation addresses investment across the broader economy – and not specifically the renewable energy sector, investors are able to offset 30% of their capital costs against their taxable profits if the project involves electricity production or if it depends on the production of renewable energy.

The FIT scheme aimed to establish solar and wind projects capable of generating between 4 and 4.3 GW of electricity each year. The scheme, however, experienced teething problems during the first round of procurement.“There was a conflict in relation to the arbitration clause,” Reham Eissa, senior associate at the Sharkawy & Sarhan law firm, told Egypt Oil & Gas. “The international financial institutions wanted the arbitration to be international, while the Egyptian government was reluctant to accepting something like that.”Contributing to the nervousness of investors during phase one was the government’s decision to liberalize exchange rates, which promptly resulted in the Egyptian Pound taking a nosedive.

It was only in the program’s second phase that the FIT model began to deliver. Despite the government substantially lowering the tariffs on schemes producing more than 500KW of power, international financial institutions began to show more confidence in Egyptian renewables. Firstly, the government gave up its insistence of domestic arbitration and accepted the international arbitration clause. Secondly, it assured investors worried about the stability of the local currency that 30% of the tariff would carry a fixed rate of EGP 8.88 to the dollar.

Later in 2017, the International Finance Corporation (IFC) put more than $650 million into 13 solar projects at the Benban solar facility in Aswan governorate under the Nubian Suns FIT program. Furthermore,the European Bank of Reconstruction and Development (EBRD) invested $500 million under the FIT scheme into further 16 solar projects at Benban. In addition, the Multilateral Investment Guarantee Agency (MIGA) provided $210 million of risk insurance, helping to further assuage the fears of prospective investors. The funding from the EBRD and the IFC covers 29 of the 32 solar photovoltaic (PV) facilities at the Benban installation. These facilities alone will produce around 1.5 GW of electricity upon completion, but the total output of the Benban project is estimated to be anywhere between 1.6 and 2 GW, making it the largest facility of its kind in the world. As of February, there were 25 developers and sponsors making agreements under the FIT scheme to begin development at Benban. In April, the chairman of Triple M Contracting Company announced plans to construct 10 solar facilities in Benban. The success of Benban’s FIT scheme was such that the project received Thomson Reuters’ Project Finance International Award earlier in 2018.

Although the FIT model produced undeniable successes in 2017, the depreciation of the Egyptian pound in 2016 combined with the government’s decision to lower tariffs has raised questions about the viability of investing under the FIT program. Leaders of several major solar companies told the American Chamber of Commerce in Egypt that such conditions made it harder for investors to generate worthwhile profits.The devaluation of the currency has also made it extremely difficult for many local companies to take on the dollar-denominated debt necessary to finance projects. For these reasons, Minister of Electricity Shaker announced in July 2017 that FIT would not be renewed for a third program,despite its evident successes. Instead, from now on renewable energy tenders will be issued by the EETC via conventional auctions. Under the new system, investors will be invited to submit technical and financial project proposals, and bid competitively for the project.

There are currently several BOO tenders that are at varying stages of procurement. The first tender put up for auction was for a 600 MW PV project on the western bank of the Nile. According to the terms of the agreement, the successful company will construct either one 600 MW facility, two 300 MW facilities or three 200 MW facilities, and sell electricity to the EETC for a 20-year period. An official from the EETC revealed to Al Mal at the end of April that 15 local and international renewable energy companies were preparing to bid for the tender. The source also said that the government will receive bids for a 250 MW BOO West Nile wind facility by the end of May. According to the source, 15 companies have shown interest in the project and the tender will be awarded by the third quarter of 2018. Details of a third 200 MW solar project in Kom Ombo were revealed to Al Borsain February. Sources told the newspaper that the EETC would open the bidding process in March, yet no further information has been issued about the tender’s current status. The commission originally invited bids for the Kom Ombo project back in 2013 but has repeatedly delayed and revised the tender, despite announcing a shortlist of bidders in 2014.

In March 2018, the EBRD issued a consultancy tender to provide technical and financial support to the EETC for current tenders, and to assist with the development of the wider procurement system. The chosen consultant will provide support to the EETC in the implementation of the three solar and wind tenders mentioned above, as well as a 100 MW concentrated solar plant to be constructed in the Western Nile region. In addition to help with individual tenders, the consultant will also work review the current legislation and work with the EETC to further develop its competitive procurement system. Consultancy firms were told to submit their proposals by April 16, and as yet no further information has been made publicly available. Egypt Oil & Gas contacted the EBRD for further information on the tender’s status but the bank declined to comment.

Since none of the tenders are yet at an advanced stage, and because the EBRD’s consultancy initiative is yet to produce conclusions about the auction scheme, the jury is still out as to how effective the new bidding mechanism will be. Nevertheless, it is evident that there remain barriers to investment despite the moves by the government to liberalize the electricity sector. Eissa highlights the licensing system as being a continued problem for investors – despite moves by the government to improve the existing system. In 2013, the Industrial Development Authority (IDA) announced plans to create an online one-stop-shop that would make industrial licensing procedures more efficient. This system would allow investors to apply for and receive all the necessary licenses – whether related to construction, operations, electricity generation etc. – from a single online access point.In addition to this, the Ministry of Trade last year backed a new set of regulations designed to make it quicker for private sector companies to obtain the licenses necessary to initiate industrial projects. Instead of 11 separate organizations granting industrial licenses, the IDA now has exclusive licensing powers. Following the passage of the law, Minister of Trade Tarek Kabil said that prior licenses would take only 30 days to process, while a license by notification would take just seven.

Eissa says, however, that the IDA did not exercise its new licensing powers during the FIT program. “We expected [the IDA] would be applicable in the FIT program and we expected that it would be responsible for issuing all the licenses for the project,” she noted. “At the moment, it is still very hard to just knock on the door of the relevant authorities to obtain the required license.”

Despite the delays and the continued existence of certain barriers to investment, such as the cumbersome licensing system, Eissa is optimistic about the long-term benefits the reforms will have on foreign investment. “Overall we are optimistic,” she says. “We receive daily calls from investors and international clients who want to understand more about the development of the market, express their willingness to enter the market and participate in different types of projects.”

It is evident that the Egyptian government still has some way to go if it wants to fully open its doors to foreign investment. However, although the past year has witnessed the undeniable success of the FIT scheme at the Benban solar complex, it remains unclear how efficient procurement will be under the government’s new auction mechanism. Over the coming months, the statuses of current BOO tenders are expected to be clarified. Details about how the EBRD’s consultancy initiative plans to help the EETC to streamline the bidding process are also expected to be uncovered.