An Examination of Egypt’s Zero-Mazut Plan 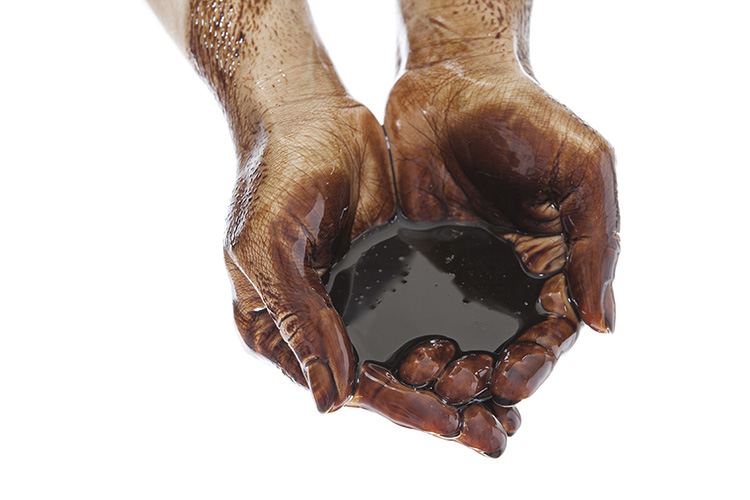 To reach and maintain prosperity, countries must continually seek new development. Like others, Egypt is on a continuous journey toward the development of its different sectors, especially the downstream oil and gas sector. The government is adopting different methods and plans to strengthen its downstream capability and, eventually, to boost its economy.

With the government’s plan to become mazut-free by 2021, the country is heading towards an environmentally friendly era. Egypt plans to perform hydrogen cracking on mazut to add value to the base product. Even though the Egyptian economy currently utilizes mazut in a number of different ways, the plan holds out the promise of the creation of a higher-value product that could benefit the economy as a whole.

Mazut in the Local Market

Egyptian production of mazut is higher than its combined production of diesel and liquefied petroleum gas (LPG). As published figures are scarce to come by, the latest available figures are for 2012, where production of residual mazut reached around 175,000 barrel per day (b/d), diesel and LPG output amounted to 146,000 b/d and 17,000 b/d, respectively, according to the Egypt Liquefied Petroleum Gases Production and Consumption by Year Index, published by IndexMundi Data Portal.

Local consumption for the same year reached 211,000 b/d of mazut, 254,000 b/d of diesel, and 85,000 b/d of LPG, according to Index Mundi Data Portal. While Mazut is widely used in several sectors in Egypt, electricity is by far the largest consumer of the fuel.

Consumption of mazut by the electricity sector reaches 26,000 tons during normal periods and up to 30,000 tons at peak times, the Head of the Egyptian General Petroleum Corporation (EGPC), Abed Ezz El Regal, told Amwal Al Ghad in early August.

AMOC produced a total of 636 million tons of mazut during the period between July 2016 and March 2017, according to the Advisor to the Head of AMOC for Investments and Planning, Ramy El Dakany. The company increased its mazut exports during the months of May and June 2017, the Chairman of AMOC, Amr Mostafa, told Al Mal News in August. He added that the refinery exported two 65,000-ton cargoes worth $16 million during this period.

Mazut does not have a high economic value. Prices vary from industry to industry, however, based upon the level of subsidies each sector receives. In November 2016, mazut prices for food industries reached EGP 1,500 per ton; prices for brick kilns and other manufacturing industries were EGP 2,100 per ton; and prices for electricity and cement producers reached EGP 2,500 per ton. In July 2017, however, the price of mazut for the cement industry increased to EGP 3,500 per ton, Ezz El Regal told the media in July.

Mazut, in its current state is a non eco-friendly fuel source. The Prime Minister’s Decree No. 338 of 1995 stated that the “use of [m]azut and other heavy oil products, as well as crude oil, shall be prohibited in residential areas.”

The environmental impact of mazut is due to its components. Mazut is “a mixture of different heavy hydrocarbons [such] as asphaltenes, petroleum resins, paraffins, unsaturated, cyclic and polycyclic hydrocarbons,” and further contains other elements that affects nature like “sulfides and heavy metals,” according to the Effect of Mazut on Structural and Functional Indicators of Activated Sludge in Sofia Wastewater Treatment Plant “KUBRATOVO,” by Irina Schneider, Mariyana Ducheva, Ivaylo Yotinov, Yovana Todorova, Elmira Daskalova, Yana Topalova, Vesela Stefanova.

Mazut waste from factories affects the country’s water and soil. “The effects of an oil spill [on] the Nile environment is extremely hazardous,” Abdel Aziz El Guindi, former Head of the Egyptian Environmental Affairs Agency (EEAA), explained to Al Ahram Weekly. He noted that mazut contains components that can vaporize, some components that solidify, and some components that interact with light. Therefore, mazut has “toxicological effects on aquatic life, and, consequently, on human life.”

In Egypt, “subsidizing energy products with high environmental impacts; fuel oil and gas oil, is extremely harmful to the environment,” the World Bank’s Egypt: Energy-Environment Review, published in 2003, stated.  It adds that “the full cost to the economy is almost [EGP] 800 [per] ton,” which, if included in the customer’s purchasing price, would definitely “increase [the] priority given to policies which reduce [m]azut consumption.”

The review stated that the low prices of mazut produce “excessive use; poor signals for fuel substitution; and inadequate revenues within companies which supply fuels, leaving them with lower capacity to make investments in new equipment, maintenance and emissions control equipment.” Eventually, the review argues, low prices will have a negative effect on the Egyptian environment.

In addition, “mazut contains heavy metal, nitrogen and sulfur compounds that transform to sulfur oxides and the nitrogen oxides but this can be avoided or decreased by using more advanced burners which [are] called low-NOx burners and also by using some additives,” Mohamed Hegazy, Process Engineer at CORC, told Egypt Oil & Gas, adding that “mazut usage as a fuel needs much more maintenance and its combustion produces sulfuric compounds which cause corrosion of equipment.”

Mazut consumption is very dangerous as mazut “emits toxic gases, like sulphuric acids and nitrogenous acids,” when burned in the “steam generation boilers which [are] found all over [the] country,” Kareem El Semary, Process Engineer at Middle East Oil Refinery (MIDOR), told Egypt Oil & Gas. He further noted that emissions from this process exceed the limits set by the Egyptian environmental association and Egyptian law.

Encouraging the increase of natural gas consumption by decreasing its prices would “reduce the environmental impacts of mazut consumption,” according to the World Bank’s review.

Egypt has an ambitious plan that aims to develop the efficiency of Egyptian refineries and to add new units in these refineries to prepare it for a zero-mazut future, the Deputy Head for Operations at EGPC, Amr Moustafa, told Al Bawaba News in late 2016. The main driver behind the government’s vision to free the country from mazut is the preference for using domestically produced natural gas, Moustafa told Egypt Today.

The Egyptian government has already taken steps in order to convert mazut to higher-value products in support of its goal of switching usage away from mazut by 2021. The state-owned ASORC is currently executing a project to establish a hydrogen-cracking unit to turn mazut into other products, such as diesel, naphtha, and gasoline, the Head of ASORC, Nagy Abdel Ghaffar, stated during the company’s general assembly.

This hydrocracking complex will play an important role in the government’s plan to be mazut-free as it “will convert ASORC’s fuel oil into more valuable products and improve ASORC’s middle distillates quality,” Ezz pointed out, adding that “the AHC design will be based on the zero-fuel-oil concept and will have the production targets of maximizing the diesel production and minimizing production of the light ends, except liquefied petroleum gas.”

State-owned AMOC has similarly announced plans to invest $500 million in a project to transform mazut into other products.

Egypt has the option of several higher economic value products that can be produced from mazut. According to Ezz, Egypt “can convert mazut to many valuable products such as LPG, benzene of different octanes, diesel, kerosene, and coke.”

In order to produce diesel from mazut, the country must use a hydrogen cracker while it needs to implement fluid catalytic cracking (FCC) to produce LPG, Ezz explained. He added that “installing some units such as DHTU [diesel hydro-treater unit], HCKU, FCC, and coker” could provide alternative means of converting mazut to more valuable products.

With ASORC establishing a hydrocracking unit, the state could be aiming to produce diesel. LPG, however, has a higher economic value. In addition, LPG is easily portable and safe to transport, which will reduce transportation costs.

The European LPG Association (AEGPL) notes on its webpage that LPG has a lower environmental risk as “its combustion emits 33% less carbon-dixoide than coal and 15% less than heating oil.” Thus LPG usage could help Egypt meet global environmental standards.

Mazut can also be turned into “asphalt and bitumen throughout a chemical process called propane de-asphalting,” according to El Semary.

These options mean that the Egyptian government has a variety of higher value products that can be produced from mazut.

To meet its target, Egypt will need to upgrade its refining facilities. At “this time, I think MIDOR is the only refinery in Egypt containing a hydrocracker, maybe CORC also,” Ezz said. He expects that “in the future there will be many refineries which will install hydrocrackers to maximize valuable products, especially diesel or solar.”

El Semary agreed with Ezz.  The “MIDOR refinery, for example, got rid of mazut […] by processing [it] in a delayed coking unit and converting it to LPG, naphtha, light diesel, heavy diesel and coke,” he explained. He noted that these products are all more valuable than mazut.

Meanwhile, Technip is implementing a project to perform hydrogen cracking on low-value products, such as mazut, at the Asssiut refinery to increase the output of higher-value products. The Assiut project aims to “augment the production of middle distillates such as LPG, [n]aphtha and [g]as oil to cover the local market needs and to export the surplus,” according to the Ministry of Petroleum.

The industrial transport sectors are highly reliant on “mazut and diesel, while the majority of electricity generating power plants have been transferred to natural gas powered plants, instead of mazut powered plants,” according to the World Bank’s review.

Although Egypt’s electricity-generating power plants consume 26,000 tons of mazut per day, in addition to natural gas, Ezz El Regal told the media in August that Egypt has no need to import additional mazut due to the volume of natural gas that the country has secured. As most generating plants are using natural gas or diesel, a surplus of mazut is not of a high value.

Egypt’s refining sector “produces a surplus of low value products, such as [m]azut, and a deficit of higher value products, e.g. gas oil and LPG. [Thus,] the balance of Environmental Resources Management World Bank/EEAA four payments for the oil sector [was] negative [at the time of the review], due to the need to import large quantities of certain high value products,” the World Bank’s review stated.

Converting mazut to diesel and LPG will help the Egyptian economy to recover from large outlays of foreign currency reserves on imports. The Egyptian government has started executing several projects in order to convert Egypt’s mazut to other products by 2021. This development of the downstream sector to add value to mazut and will additionally  benefit the country’s environment by reducing emissions.