Exploring the Forward Move: Interview with the Vice Chairman for Gas Regulatory Affairs 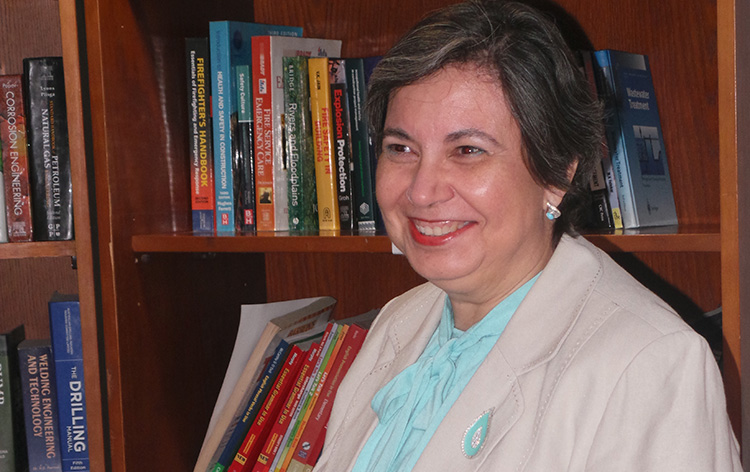 Perhaps one of the most talked about topics in Egypt these days, the newly approved natural gas regulatory law, which allows the Gas Regulatory Authority to take its first official steps towards liberalizing the local natural gas market.  As part of connecting the reader to the full picture, Egypt Oil & Gas has been following the updates of the authority and the regulatory law organizing its mechanisms since the inception of its concept. However, our coverage would not be complete without a deeper understanding of the Vice Chairman for the Gas Regulatory Affairs, Amira El Mazni.

When asked about the first steps the authority is working on, El Mazni explained “the first steps after the law approval, which establishes the Gas Regulator, are naming its  board members and CEO, in parallel to the preparation of the law’s executive regulation and internal procedures, selecting premises, approving the business plan, and securing the budget.”

Confirming media reports on the number of companies that received initial permits to import and distribute natural gas in the local market, El Mazni stated that three companies have obtained initial permits, including TAQA Arabia, Fleet Energy, and BB Energy; in addition, to four other companies in the process of obtaining the initial approval, including Toyota. In reply to questions about her expectations on the number of companies forecasted to show interest in the coming year, El Mazni stated that there are currently ongoing discussions with a number of interested entities in the Egyptian market. Based on the outcomes of these discussions, “we expect the number applicants to increase by a couple of companies.”

In regards to import permits, which are issued by EGAS and will remain the responsibility of EGAS, “eligibility for the preliminary approval is based mainly on the financial position and technical capabilities of a company, which should indicate its ability to meet its obligations toward its off takers. As for qualification for the import approval, this requires contracts with: gas/LNG suppliers, import pipeline/FSRU operator, transmission system operator and sales contracts to consumers,” El Mazni noted.

When asked about the number of companies the market can ideally absorb, allowing it to reach a competitive orientation, El Mazni replied that it varies from one market to another. “One could make all necessary measures for a level playing field, yet players are not enthusiastic enough to participate. It is a process of change depending on the market functioning and dynamics.”

For the market to reach a competitive state, it should ideally open up gradually, El Mazni explained, adding that “following the subsidy reform program, and according to a plan that defines the number of stages and identifies the time for each stage, the criteria for selecting the eligible consumers, and the market share of the free market for each stage.” She further added that the authority has prepared a plan for this approach, which should be approved and issued by the Cabinet.

To illustrate her point, El Mazni noted that for the United Kingdom the liberalization process took more than ten years to reach the full market maturity, while, for other European countries such as France, Germany or Italy took longer & have not yet reached the fully liquid state of the UK.

To further understand the expected local market behavior, Egypt Oil & Gas asked about the five year forecast of the private sector participation in the market. “This depends mainly on the agreed pace by which the government aims to open up the market, which will determine the exact timing of each stage of liberalization. Again, this will be done according to the plan that will be proposed by the gas regulatory body, and approved by the Cabinet of Ministers. Not only that, it also depends on the players’ interest and response to this plan, [as well as required] measures. It is a collaborative process requiring all parties’ participation, courage, persistence, and perseverance,” El Mazni stated.

Egypt Oil & Gas learned that the tariff set is for transmission only, while the distribution tariff, which allows importing companies to use the infrastructure controlled by 16 different state companies is yet to be set. When asked about this topic El Mazni said: “The distribution tariff might remain the same as per the current LDC’s agreements for the first phases of the market opening, or slightly modified. However, setting a methodology for calculating these tariffs is one of our priorities and we believe it will be a lengthy process as it will involve 16 different companies. The methodology might be the same as for transmission but the value will not. [Furthermore,] the tariff value will vary from one LDC to another being a function of the Capex and Opex of each system.”

Moving on to the existing capacity, or needed expansion of thereof, El Mazni commented that “the methodology for calculating the tariffs for both transmission and distribution takes into account the future investments in expanding, extending, and debottlenecking these grids as required by the expected increased production and import quantities.”

“Increased demand is identified by the grid operators when shippers book capacities few years in advance. Accordingly, grid operators develop their investment plans.  That is the prime benefit of the new gas law, which is to attract investments, not only in the networks but mainly in the upstream [sector], where gas is produced. Market regulations provide a channel for upstream gas commercialization, hence encouraging further investments,” she continued.

In terms of the rights of importers, when asked about the guarantees by the state to ensure that all contracted natural gas is transmitted and distributed in full without delays, El Manzi answered: “This point is considered one of the market risks. However, the law has provided for that and the network codes will consider the market participants’ rights.”

EGAS in the Equation

A core topic of interest in the matter is the future dealing of the Egyptian Natural Gas Holding Company (EGAS). The company to date is the sole controller of natural gas supply and distribution in the local market; it has the obligation of meeting the needs of factories and the electricity sector. Discussion with El Mazni tapped into the topic, beginning with the lingering questions revolving around separating the function of the regulator from the competing seller.

“As per the new gas law, the regulator will be a totally separate [and] independent entity with a clear mandate and scope as set by the law,” she said adding, “EGAS shall act as all the other market players and comply with all the requirements set forth by the law without any bias nor discrimination.”

Reports have shown that it is not in the best interest of EGAS to reduce its supply commitments to factories beyond a certain level as in comparison to the subsidized cost for the electricity sectors payment from factories tend to be higher. When asked about these findings and the expected reduction in commitments, El Mazni relied “other countries that have applied energy reform measures have faced this situation and have adopted several approaches, ranging from upstream gas release program to downstream consumer eligibility program. The Law requires the Gas Regulator to develop a gradual market opening plan for the Cabinet of Ministers to issue.”

Further elaborating on the topic, Egypt Oil & gas asked whether factories that shift to private importers will be allowed to shift back to receiving natural gas from EGAS, for which El Mazni replied that “this reverses the process,” hence it may not be allowed, adding “however, if EGAS decides to create its own separate marketing company that competes in the free market then factories could with the gradual liberalization of the market switch back to ‘EGAS Marketing’ but on competitive terms of price, flexibilities, and quantities.”

“Market reform is a challenging, yet exciting mission for all parties involved, particularly for the initiator of this transition,” answered El Mazni in reply to a question on challenges expected to be faced by the state. “The biggest challenge is the impact of subsidy reform on consumers, eventually leading to the inevitable liberalizing the gas price – [with] power generation being the major gas consumer. Currency of gas pricing is another challenge,” She added.

Explaining challenges faced by different state-companies, El Mazni stated that for EGAS’ the main challenges lies in existing legacy contracts; while Gasco’s challenge lies in the cost reflective tariff it will receive in exchange for providing and enhancing the quality of its services.

For the importers and suppliers, aside from payments by consumers, it is handling the market risks, that of commercial and competition, she explained adding that, consumers are no exception; their challenge is coping with variations in gas prices that reflect the market dynamics.

Looking ahead, a factor that is perceived by many as an influential aspect in the future of local gas distribution has been the rising of natural gas production. Commenting on the topic, El Mazni clarified that “With all the reform in investment environment, including legislation, taking place in Egypt these days, an economic development boom is expected shortly, which in turn would require additional energy. This additional demand for gas will be met by the rise in local gas production.”

An expected development boom should have a positive effect on the industry, which brings forward the question of subsidies and the expected effect of the liberalization of the market on it as well as on foreign currency reserves. Answering the question El Mazni explained that by default “price reform will reduce the subsidy bill. Market liberalization may not have direct effect on the subsidy bill. However, both approaches of market opening and subsidy reform should be aligned and synchronized. Reduced subsidies and imports due to increased local production will have a tremendous effect on the state finances.”

The meeting could not be concluded without discussing investment levels, both foreign and local, for which El Mazni noted “we are already seeing increased interest. Not only in getting closer insight and better understanding of the legislation, new rules [as well as] market design. But we see opportunities for investments being identified. Interested parties include IOCs operating in Egypt, potential importers and applicants, businessmen associations and investment banks. We seek to arouse the interest of industrial investors whose demand for gas has been suppressed throughout the past few years.”

In closing, El Mazni highlighted, “as soon as legislations [as well as] reforms in both the gas sector and investment environment become operational, I expect to see growth in FDI due to huge investments in exploration and production, resulting in increased local gas production and increased local investments.”