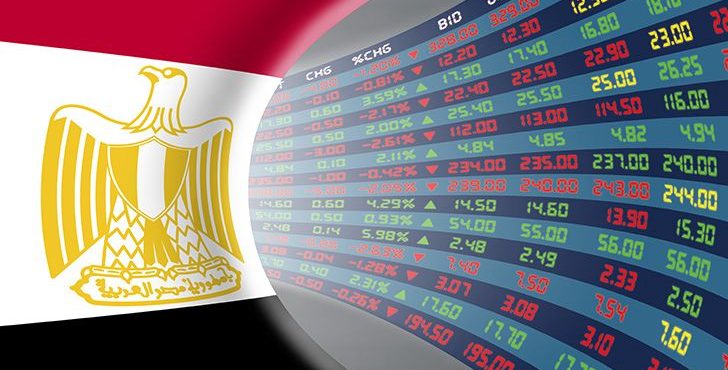 After decades of discussion, the Egyptian government is looking to partially privatize parts of the oil and gas industry, particularly its state-owned oil refineries. Of late, it has taken steps to prepare for Initial Public Offerings (IPO) for a number of the governmentally owned corporations in the sector. This move is part of the government’s plan to raise funds for the national oil companies (NOCs) to upgrade production capacity.

The government has recently pursued pro-market policies in the oil and gas sector. It has made payments on long accumulated debts to International Oil Companies (IOCs), removed subsidies on petroleum products, and expressed interest in issuing IPOs for NOCs. The government has even indicated a willingness to list state-owned oil-refining companies on the Egyptian Exchange (EGX) in the hope that restructuring to partner with the private sector will lead to greater efficiency and profitability.

The government has been discussing this step since 2005, but, as of yet, few steps have been taken to turn it into reality. The reasons behind the delay vary, according to experts.

Pof. Alaa El Shazly, Professor of Economics at the Faculty of Economics and Political Science (FEPS) at Cairo University, believes that the reforms may have been delayed in order to wait “for a more favorable business environment with improved macroeconomic indicators to attract potential investors.” He also indicated that the IPOs could have been delayed due to the volatility in the international oil market or to allow the state-owned enterprises to restructure prior to their IPOs.

Dr. Ahmed Kandil from the Energy Security Program at Al-Ahram Center for Political and Strategic  Studies (ACPSS), took a slightly different approach, arguing that, “the delay in issuing IPOs for Egypt’s state owned refineries, especially MIDOR was mainly because of the political unrest, security challenges, global oil prices fall, and the lack of feedstock.”

Creating a legal and regulatory regime can also pose a significant challenge. Prof. Jenik Radon, a lawyer and Adjunct Professor at the School of International and Public Affairs (SIPA) of Columbia University, pointed out that regulation of privatized industries poses a unique challenge: “Prior to privatization, experts in the particular area, here refining, may all be in the state owned enterprise (SOE) and not in the Ministry or the regulating agency.  Too often the SOE became, although it should not have, both a producer and a regulator.  This occurred because the government viewed, or came to view, the SOE as another government department.”

He further noted that state needs to implement a regulatory regime and to staff the ministry with experts to enforce its regulations prior to the IPO. He added, “if the delay in privatizing MIDOR is caused by ensuring the laws, and regulations, are first put in place that would be a very good reason for the delay.  In fact it would be a necessary reason.”

Radon, like Kandil and El Shazly, also pointed to the volatility in the oil markets: “Another good reason for a delay would be the markets are not receptive, at the particular time of the proposed offering, for the particular SOE, here MIDOR.  Timing of an offering is critical. The price may be too low at the announced time. One certainly does not want to give a state asset away.”

The government has also been faced with a more immediate challenge: ensuring access to a sufficient crude oil supply and reducing the gap between capacity and production. In November 2016, Egypt’s Minister of Petroleum and Mineral Resources, Tarek El Molla, announced an agreement with Iraq to import Basra crude oil for refinement in Egypt as part of a broader plan to increase bilateral petroleum-industry cooperation. “The agreement on refining Basra crude oil comes within the terms of a previously-signed memorandum of understanding,” El Molla said, according to Egypt independent. Egypt is also conducting negotiations with Libya to import crude oil at a rate of 1 million barrels per month, an official source at the Egyptian General Petroleum Corporation (EGPC) told Egypt Oil & Gas. With the government focused on increasing imports, preparations for the IPO have languished. As Kandil noted, “securing crude oil for state-owned refineries is a priority before thinking about issuing any IPO.”

In 2016, Egypt reached an agreement with the International Monetary Fund (IMF) for a $12 billion stabilization loan. In exchange Egypt pledged to conducts economic reforms, including the privatization and the issuing of IPOs for state-owned companies. The loan is designed to encourage growth, restore investor confidence, and reduce Egypt’s budget deficit.

Some experts also believe that IPOs for state-owned oil refineries will prove beneficial and will relieve pressure on the budget. They think that oil-refining companies would receive an inflow of capital permitting a financial restructuring of the companies.

Kandil, expressing his support for the issuance of IPOs, stated, “I support privatizing NOCs and introducing state-owned refineries into the EGX, especially that such actions could support the current economic reform in the light of the IMF’s deal with Egypt to move forward with the plans of opening the market for Foreign Direct Investments (FDI).”

As part of the reforms required by the IMF, the government has begun to reconsider IPOs in order to improve the fiscal situation of the state and encourage growth.

“The proposed IPO in the oil and gas industry is a stimulus to private investment and business activity in the country that also increases public revenues from asset sales and hence improves public finances in line with the current economic reform program,” El Shazly notes.

He also points out that IPOs will “help in raising capital for business expansion in the field of oil refineries and petrochemicals that further support the country becoming a regional hub, given a reasonably trained man power.”

While there is broad support for the offering of IPOs, many experts believe that the state will need the assistance of financial advisors under the supervision of the Accountability State Authority (ASA). They would define a fair value for companies’ shares which would be offered after thorough technical and financial evaluation of the company that also considered its future expansion plans of the company.

Offering to increase public companies’ capital in EGX would be a good step by the government, especially as the exit of several companies from the stock market during the past four years, Mohamed Farid, Chairman of the Egyptian Exchange told Daily News Egypt.

“It is preferable to offer new unregistered companies for tender in order to provide new offers and lure investors in the financial market,” Farid noted. “Offering public companies in EGX is not considered privatization; it is merely a participatory step between the state and the private sector to raise income and provide fund.”

He added that the government’s steps will allow it to increase the capital of its companies in order to fund new expansions aside from the state treasury. This will oblige companies to become more transparent their planning and social commitment.

“This tendency will have its effect on the oil sector through its ability to establish petrochemical companies and fund part of their capital through EGX,” Farid said. He believes that the stock market will be able to provide the necessary investment capital for the sector. This development, he believes, will have a positive effect upon the oil sector and boost the entire Egyptian economy.

“This is a good step for companies to develop and expand their investments,” he said. “Tenders would make a great leap in the way these companies manage their financial statements and commit to transparency.”

Adel also noted that offering oil companies’ shares on the EGX reflects the government’s perception of the stock market as an important source for funding projects and supporting business expansion without incurring debilitating debt.

MIDOR: Egypt’s Refinery of the Future

MIDOR is among the biggest, most modern, and most sophisticated refineries in the Middle East and North Africa (MENA). It is 78% owned by the Egyptian General Petroleum Corporation (EGPC), while Enppi holds 10%, PetroJet 10% ,and Bank of Suez 2%.

The refinery is capable of processing a wide range of crude oils, which produce high-quality petroleum products, and it serves both local and international communities. Established in 2002, MIDOR has a current capacity to refine 100,000 b/d. MIDOR also provides approximately 25% of the petroleum products consumed by the local market.

In 2005, the Egyptian General Petroleum Corporation (EGPC) purchased a 38% stake in MIDOR refinery for $517 million. One year later, Egypt’s Ministry of Petroleum and Mineral Resources announced that it was planning to issue an IPO for MIDOR during the same year. In 2008, rumors of the government’s intention to privatize petroleum companies, especially MIDOR, gained significant traction, but the Committee of Industry and Energy of the Shura Council consistently rebuffed any governmental attempts to sell MIDOR.

Discussing the situation, Kandil noted that “[t]he House of Representatives plays a very important role in privatizing NOCs and issuing IPOs for oil refineries, that’s why the representatives should have a clear vision and fully understand the reasons behind such actions.”

In 2015, MIDOR sought aimed to issue an IPO to raise $400 million and increase the company’s capital stocks to $1.1 billion by the last quarter of fiscal year 2015/2016. It further planned to expand its output through 2018, Reuters reported. At the time, however, the government failed to specific whether the proposed IPO would be in US dollars or Egyptian pounds and nothing came of the proposal.

In 2016, the government again considered privatization and public listings on the EGX. “We sent the names of eight petroleum companies to the Ministry of Investment to be studied, paving the way to issuing some of their shares on the bourse or increasing their capital,” said El Molla as reported by Reuters.

MIDOR and the Egyptian Ethylene and Derivatives Company (ETHYDCO) were among the names considered by the Ministry of Petroleum and Mineral Resources. The ministry was also considering a capital increase for Alexandria Mineral Oils Company (AMOC), MIDOR, and Misr Fertilizers Production Company (MOPCO), according to El Molla. Out of the names submitted, five oil companies have been selected by the Ministry of Investment for the first phase of the privatization. It is expected that approximately 20% of their shares will be made public.

Yet Radon cautioned against excess optimism, “[t]he IPO does not per se support the dream unless the enterprise becomes profitable, expands and more investment is triggered.  It may of course support the dream again by making the sector more efficient, and reliable.  Still it will be hard for Egypt to compete with existing suppliers, such as Saudi Arabia. The dream should be that Egypt provides better energy supplies for itself, has to import less, diversifies and grows it economy.”

In January 2017, the former Egyptian Minister of Investment, Dalia Khorshed, announced the commencement the IPO process for state-owned firms, including Engineering for Petroleum & Process Industries (Enppi). This announcement marked the first phase of the privatization process. Early estimates suggested that Enppi could garner between $213 million and $267 million from its IPO, reports Amwal Al Ghad.

While there have been many factors that have slowed the privatization process, many experts agree that the government should take steps to issue IPOs for state-owned companies. They believe this step will encourage investment and assist in the modernization of the oil and gas sector. As Radon notes, “privatization if done well can help reform the economy and, as said a listing on as stock exchange does bring management/governance discipline into the enterprise, as long as the rule of law system is in place.”