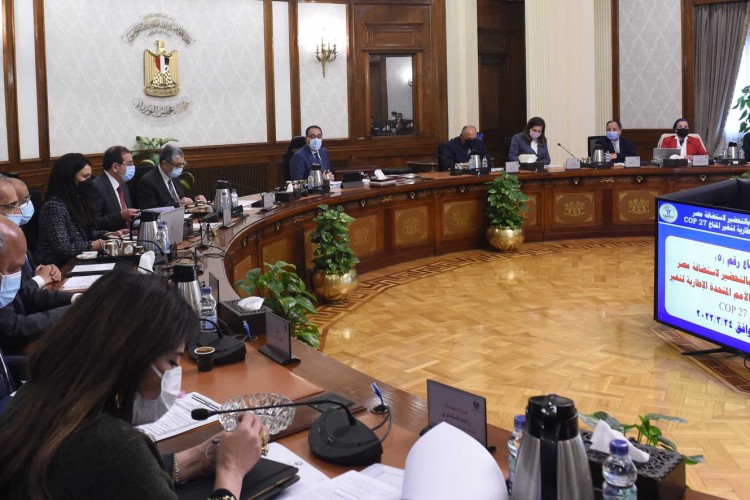 Prime Minister Mostafa Madbouly chaired the meeting of the Higher Committee concerned with preparing for Egypt’s hosting of COP 27 to discuss the progress of the ministries’ efforts in preparing for the conference, which is scheduled to be held next November in Sharm El-Sheikh.

During the meeting which was held via video conference, the Prime Minister highlighted the periodic follow-up of infrastructure development projects in Sharm El Sheikh, especially the work of developing roads, the airport, and other facilities to ensure that the city is adequately prepared for receiving the conference’s guests.

Meanwhile, Shoukry reviewed the results of consultations that took place during the last period, adding that the issue of adaptation has received great attention since the last summit in Glasgow. He added that there is widespread agreement amongst developing countries about the leading Egyptian role in achieving the desired consensus, and adopting a comprehensive approach during the Egyptian presidency that takes into account the priorities and positions of all parties.

Maait discussed the situation from a financial perspective, as well as the file of sponsors, pointing to the progress of a large number of international companies in many sectors that could sponsor the conference. The Minister discussed coordination with hotels that will be booked for delegations participating in the conference, reservation procedures, and so on.