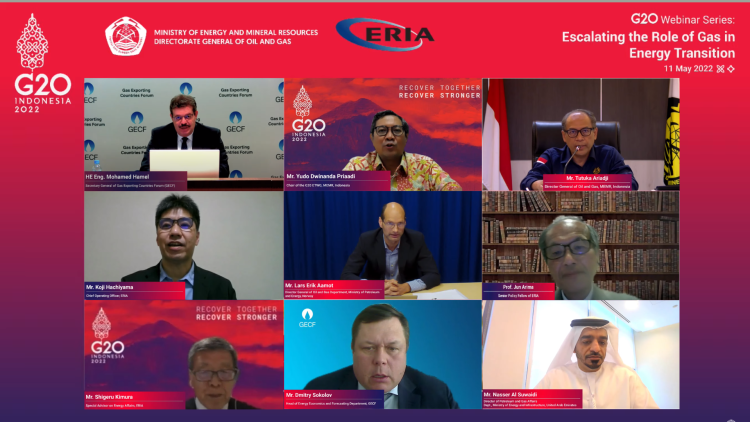 The next G20 Energy Ministerial, which will be hosted by Indonesia, provides a chance to highlight natural gas’s expanding role in meeting the G20’s growing energy needs, as well as recognize its global relevance.

Mohamed Hamel, the fourth Secretary General of the Gas Exporting Countries Forum (GECF),  via videoconference at a G20 Webinar Event on ‘Escalating the Role of Gas in Energy Transition’ on Wednesday, May 11, 2022, emphasized to senior G20 and Southeast Asian energy experts that natural gas provides the balanced solution that the world seeks to achieve sustainable development goals in line with the United Nations 2030 Agenda and the Paris Agreement.

Natural gas, he continues, plays a critical role in meeting expanding energy demands while also contributing to improved air quality and climate change mitigation; its part of the global energy mix is predicted to rise from 23% to 27% by 2050.

According to him, the growing worldwide demand for natural gas can only be addressed if investments are made in a timely manner, and innovations that lead to promising energy carriers such as hydrogen or carbon capture, utilization, and storage (CCUS) require legislative support.

Hamel observed that gas demand in the region is predicted to more than double to 350 billion cubic meters by 2050, citing South East Asia as one of the world’s most populous regions with an increasing taste for gas over coal.

The event was jointly held by Indonesia’s Ministry of Energy and Mineral Resources (MEMR) and the Jakarta-based Economic Research Institute for ASEAN and East Asia (ERIA) – a partner GECF organization.