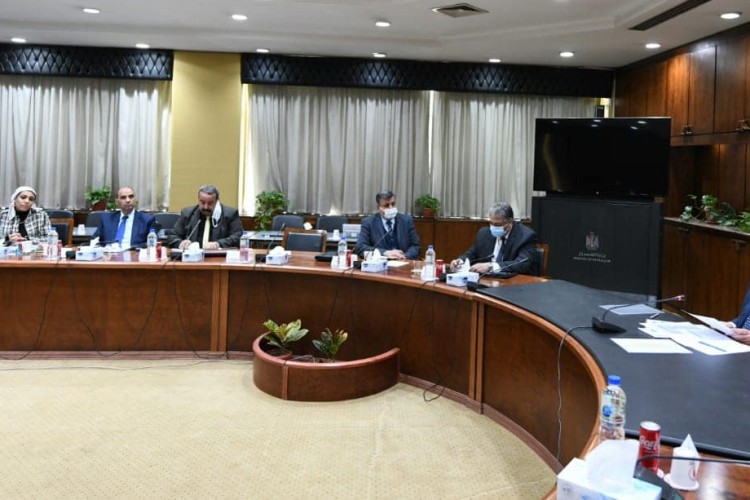 Minister of Petroleum and Mineral Resources Tarek El Molla stated that the challenges imposed by the Russian-Ukrainian crisis reflect on all vital economic sectors around the world, especially in energy markets, which have witnessed rapid price fluctuations.

This came during El Molla’s meeting to discuss the proposed scenarios and work mechanisms that can be implemented during the coming period to mitigate the consequences of the Ukraine conflict. As an importer of crude oil and petroleum products, Egyptian officials have been hard at work to cover the local market’s needs across all economic sectors.

Since prices have almost doubled compared to the prices before the crisis, these plans should primarily meet the energy needs of the local market through intensifying research and exploration work. According to a statement from the ministry, this should also include rapidly developing new discoveries and placing them on production.

Egypt’s realization of self-sufficiency in natural gas and its transformation from an importing country to an exporting country represents a strong contribution to the Egyptian economy, especially with the rise in liquefied gas prices globally, El Molla explained.

In addition to exploiting all available opportunities to increase Egypt’s production of gas by intensifying research and exploration work, El Molla highlighted the importance of benefiting from the infrastructure and oil ports that have been developed. This also includes the Idku and Damietta liquefaction plants owned by Egypt.

El Molla called for the need to continuously review work plans in light of these events that the world is witnessing and their clear impact on the global oil markets, and work to reduce expenditures, ration consumption, and raise production efficiency.