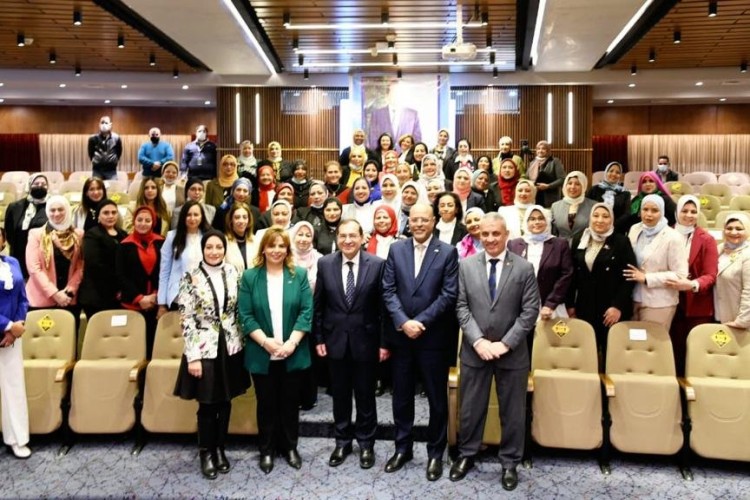 Minister of Petroleum and Mineral Resources Tarek El Molla participated in the Women’s Secretariat of the General Union of Petroleum Workers and its celebration of Egyptian Women’s Day, which was held at the headquarters of Enppi, in the presence of a number of ministry leaders.

El Molla praised the role of Egyptian women in their families and saluted working Egyptian women who demonstrate outstanding levels of performance and keenness to support a productive work environment.

El Molla said that such meetings are a good opportunity to raise awareness of the situation of the oil and gas industry and the challenges it faces. This is in addition to the importance of the Syndicate’s contribution to supporting workers and increasing their awareness to achieve Egypt’s goals in construction and development, he added.

He also emphasized the important role of the petroleum sector as one of the main pillars in supporting the national economy with its business results and global reputation, which made the sector the focus of the world’s attention.

The minister saluted the General Syndicate of Petroleum Workers for its efforts with workers and its social role within the Egyptian Workers Union, stressing the full support of the ministry to the Syndicate.