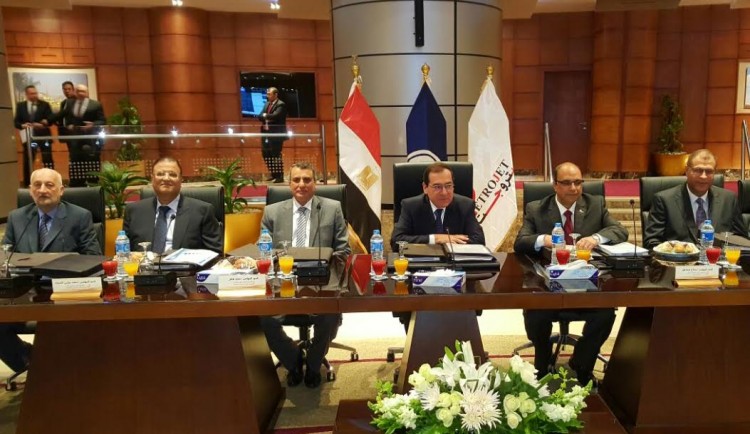 The Minister of Petroleum and Mineral Resources, Tarek El Molla, stressed on the importance of developing the capabilities of both human capital and assets, according to a press release to Egypt Oil&Gas.

The minister stated that the mentioned developments are important to keep up with the latest advanced technologies in implementing petroleum projects internally and externally, as well as to increase profit.

This came during the general assembly of Petrojet, which was headed by El Molla to authorize the results of 2016 progress. The assembly also counted with the presence of the First Undersecretary of the Ministry, Chairmen of EGPC and EGAS, and the representative of the Accountability State Authority.

At the event, Petrojet’s Chairman, Salah Ismail, presented the results of the work achieved in 2016, explaining the company’s success in achieving an unprecedented volume of revenues, reaching about EGP11.9b – 65% higher than 2015’s revenues.

Ismail added that  the company entered a number of contracts worth EGP 12.5b inside and outside of Egypt.

Following the results, El Molla pointed out that the success of the Egyptian petroleum contracting companies in implementing several oil projects in a number of Arab countries confirms their efficiency and ability to compete and win new international tenders, supplying Egypt with dollars.