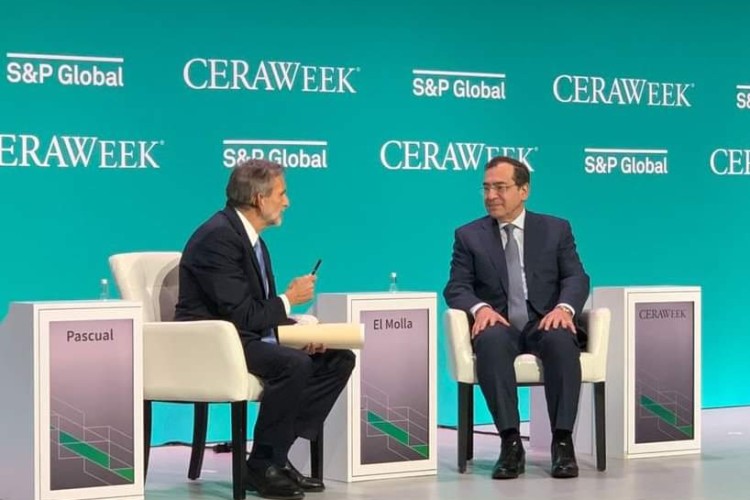 Minister of Petroleum and Mineral Resources Tarek El Molla stated that Egypt’s strategy to strengthen regional and international energy partnerships has contributed to securing energy in Egypt and the region, creating a booming market for natural gas in the Eastern Mediterranean and increasing demand for its supplies.

This came during the minister’s participation in the session titled “Focus on Egypt: Forging partnerships for the energy transition”. The session took place at the international energy conference CERAWeek being held in Houston, Texas and organized by Standard & Poor’s Global from 7 to 11 March 2022.

During the session, El Molla reviewed the current situation and challenges facing the global natural gas markets, referring to Egypt’s vital role in the field of exporting liquefied natural gas (LNG) to European markets. He highlighted that this could be essential to secure part of the demand in light of Egypt’s unique infrastructure for export, the availability of a surplus of natural gas, and a privileged geographical location near the consumer markets.

The minister further talked about the current role of the Eastern Mediterranean Gas Forum (EMGF) in promoting regional cooperation and developing gas resources in the countries of the region. He added that this is important for securing the needs of their people as well as the needs of Europe and Asia f0r this vital resource.

El Molla highlighted Egypt’s strategy to shift towards clean energy, which depends on achieving sustainability and a gradual energy transition. During the discussion, he elaborated that it adopts basic options, foremost of which is natural gas as a clean fuel, increasing the contribution of renewable energies to the energy mix and entering the field of hydrogen production. Additionally, the minister highlighted the projects that aim to enhance energy efficiency as well as carbon capture, utilization, and storage. Egypt is currently working on these projects with a number of international partners.

Moreover, El Molla also spoke about Egypt’s preparations to host the COP27 in Sharm El Sheikh in November 2022, stating that Egypt is working to develop partnerships at the level of governments and the private sector. He said that this is in order to launch joint initiatives during the upcoming summit as a contribution to confronting climate change by reducing harmful emissions.