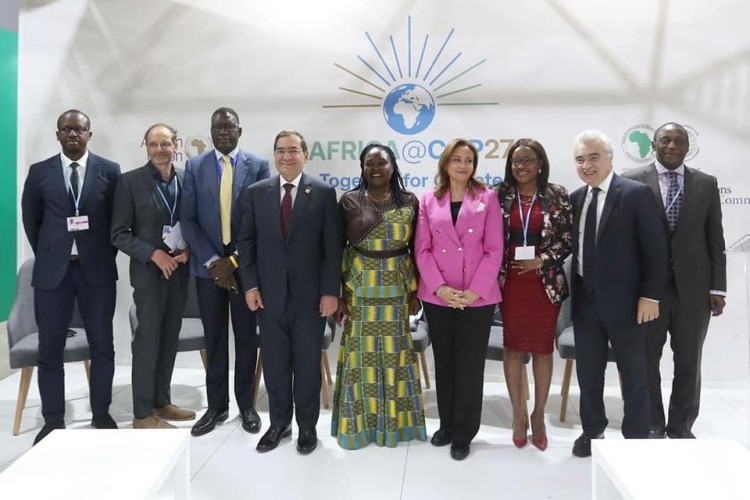 Minister of Petroleum and Mineral Resources Tarek El Molla highlighted the necessity of providing Africa with adequate financial and technological support for it to achieve a just energy transition and effectively exploit its resources.

El Molla pointed out that emissions generated by Africa represent about 3% of global emissions, and therefore its chances are greater in exploiting its resources properly if the necessary funding, investments, and technology are provided for this.

During the round table “Good Practices in the Climate in Africa”, El Molla explained that the question that needs to be answered is how to provide the necessary funding to help the continent in this. And that an early start was made before hosting the COP27 climate summit in preparing an initiative on behalf of Africa, together with the countries of the continent and the African Commission, it enables us to achieve a just transition and gives us the opportunity to draw on our resources.

The minister stated that Egypt developed its strategy in 2016 with the aim of bringing new and renewable energies to a contribution rate estimated at 42% in the energy mix used, and this is expected to be achieved before 2035 in light of the continuous progress in modern technologies in this field. There is an opportunity to agree on ways of financing and provide the necessary technologies to achieve this goal. Efforts to reach a clean planet need communication, cooperation, continuous dialogue, agreement on financing, technologies and support, and taking into account the conditions of countries and the needs of peoples, El Molla noted.

During the roundtable activities, Amani Abu Zeid, Commissioner for Energy and Infrastructure of the African Union, stated that the continent speaks with one voice and one position, and that the African Union has been looking forward to this meeting since 2019, and that the Energy Commission’s goal is to have a unified platform for African countries through which they can discuss energy issues that affect her future.

Meanwhile, Fatih Birol, Director-General of the International Energy Agency, thanked Eng. Tarek El Molla, on behalf of the Egyptian government, for this wonderful conference and for hosting the summit in this wonderful city, Sharm El Sheikh, and spoke about 3 points. The first point is energy crisis in Africa in light of a real global energy crisis that we face in all types of energy such as oil, gas, coal, electricity, and everyone was affected, as this led to a food crisis, as energy prices affect fertilizer prices, which consequently affect the abundance of crops and food Everyone is affected, especially Europe, adding that in Africa there is a slowdown in development.

The second point is access to energy, as thousands do not have access to energy, and clean cooking is another problem in Africa, and this is from what the Agency obtains of data and information daily, and the most important of which is that in Africa there is 60% of the total solar radiation in the world and this is a huge number, while a number of a very little solar energy amount is used in electricity and clean cooking, as it requires investments equal to the establishment of a natural gas port in Europe.

The third point is that Africa is full of natural gas resources and Africa’s share of global emissions is about 3%, and Africa must develop its gas resources to achieve sustainable development and the ability for local industrialization, and the world must understand what Africa is going through.