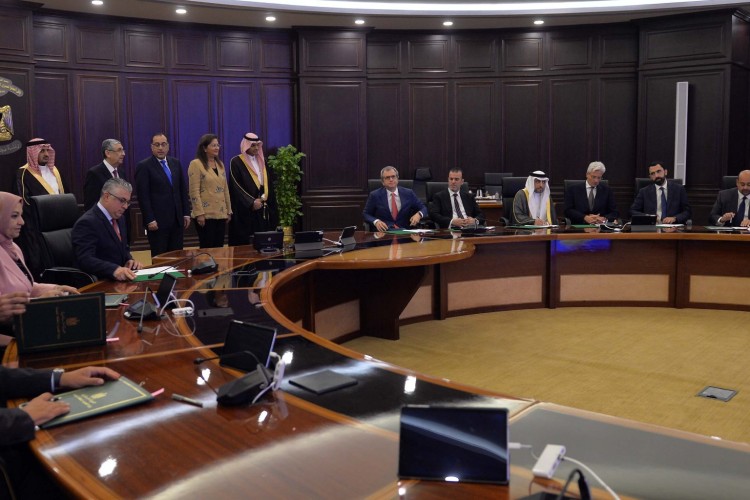 Prime Minister Mostafa Madbouly witnessed the signing of seven new memoranda of understanding (MoUs) to implement projects to establish industrial complexes with the aim of producing green hydrogen within the industrial zone in Ain Sokhna, according to the Cabinet.

The MoUs are between a number of government agencies, represented by the New and Renewable Energy Authority (NREA), the General Authority for the Suez Canal Economic Zone (SCZONE), the Egyptian Electricity Transmission and Distribution Company (EETC), and the Egypt Sovereign Fund, on one side, and seven leading global companies and alliances in the production of new and renewable energy on the other.

According to the first MoU, the British company Globaleq will build a plant to produce green hydrogen in the SCZONE on an area of ​​10 million square meters, with a production volume of 2 million tons annually, bringing the project’s productivity in its pilot phase to 55,000 tons of green fuel, to reach 1.9 million tons in the first phase of the project, which will start actual production during 2026.

As for the third MoU, the Emirati company Alcazar will work to establish an industrial complex for the production of green hydrogen in the Sokhna area on an area of ​​​​37,000 square meters, with a total production volume of 230,000 tons annually, of which 55,000 tons will be produced in the trial phase, bringing the annual production of green hydrogen to 175,000 tons per year, starting from the first stage in actual operation.

Meanwhile, the fourth MoU includes the establishment of a plant by the Emirati company K & K to produce 230,000 tons per year of green hydrogen in the Sokhna zone.

According to the fifth MoU, MEP will inject major investments to establish a green hydrogen production plant, with a production capacity of 120,000 tons per year of green ammonia on an area of ​​100,000 square meters in the industrial zone in Sokhna within the SCZONE.

According to the seventh MoU, Actis from the UK will establish an industrial complex for the production of green fuels from hydrogen and green ammonia, with a production capacity of 200,000 tons annually, where 50,000 tons of green fuel will be produced in the pilot phase, and 150,000 tons in the first phase of the project. The project is located on an area of ​​2 million square meters, in the industrial zone in Sokhna.