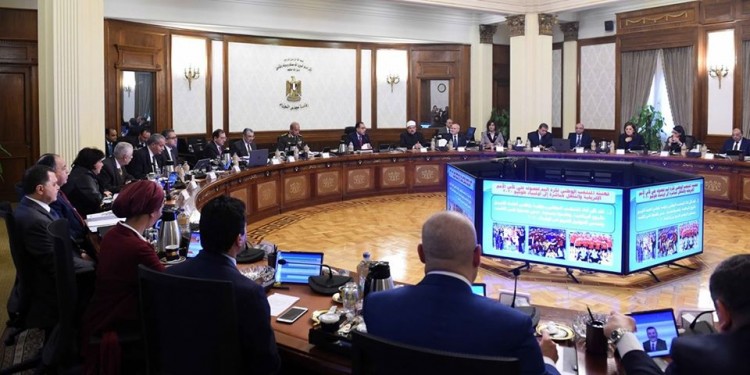 A new restructuring plan for the petroleum sector was approved by Prime Minister Moustafa Madbouly, according to a statement.

During a cabinet meeting, Tarek El Molla, Minister of Petroleum and Mineral Resources, outlined the new restructuring plan that aims to develop and upgrade the entire oil and gas sector through attracting more investments, and providing calibers with trainings, referring that the sector will be able add to Egypt’s development.

The new restructuring plan has been developing on the course of three phases; beginning with case studies (June-October 2016), Micro planning (May 2017- December 2019), and implementation (January 2020- June 2021). It aims to separate between policy-making, organization, and executive roles.

The minister stated that the sector aims to achieve maximum economic benefit and to turn Egypt into a regional energy hub. El Molla presented the results reached since the Modernization Project was commenced; including Egypt’s achieving self-sufficiency of natural gas in October 2018. Furthermore, the sector has contributed 25% of the country’s growth domestic product (GDP) during Q2 2018/19.

In addition to this, $31 billion investments were directed to projects of developing oilfields, while $4.6 million went to five projects aimed at increasing refineries’ production to 6.4 million tons per year (mmt/y).

El Molla added that in August 2019, Egypt’s production of crude oil, condensates, and natural gas reached 1.9 million barrel of equivalent oil per day (mmboe/d). It should be noted that in December 2019, Egypt’s production of natural gas has reached unprecedented levels of 7.2 billion cubic feet per day (bcf/d). Approximately 1.2 million housing units were connected to the natural gas grid in 2018/19; reaching an all-time high, and rounding up the total to 10 million housing units all over the country.

The minister noted that as a result of policies to improve and save energy consumption in refineries and production facilities; Egypt was able to save EGP 300 million. El Molla highlighted the new petroleum product to encourage the usage of non- subsidized high-octane gasoline, and to lower petroleum products consumption by 21%.

It is worth noting that the efforts made by the ministry have encouraged international oil companies (IOCs) investments in Egypt. IOCs were awarded three oil exploration concessions in the Red Sea area for the first time.