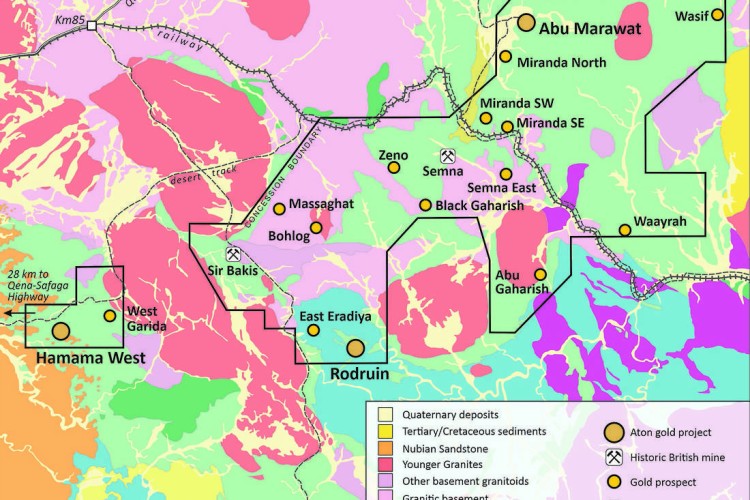 Tonno Vahk, Interim CEO, expressed his happiness for the start of the drilling program saying, “This new drilling program forms an important part of our plans for Hamama West, as we push the project forwards to its development as what we expect to be the second operating gold mine in Egypt. We are still drilling at Rodruin, and are continuing to return some really pleasing results. We intend to advance Rodruin and Hamama together in tandem as we work towards a phased development plan for the entire Abu Marawat Concession, with our partners at the Egyptian Mineral Resources Authority.”