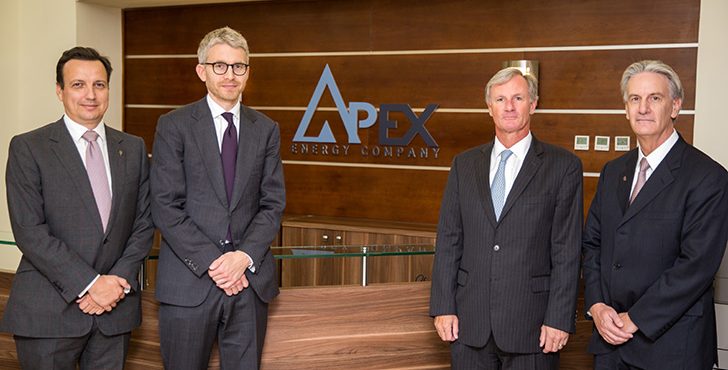 In a press release to Egypt Oil&Gas APEX International Energy Company announced that it has appointed David A. Pivnik as Vice President of Exploration and New Ventures, and Amr Diab as Non-Executive Director. Thus, APEX now involves 12 professionals with more than 275 combined years of industry experience, including over 100 years in Egypt.

The New Vice President of Exploration and New Ventures, Pivnik, has 25 years’ experience in the field. He has spent 10 years working in Egypt during which he discovered several oil fields. Pivnik was Manager of Subsurface Specialties at Occidental Petroleum Corporation before being appointed at APEX. In his previous role, Pivnik was responsible for petroleum systems and geomechanics in the Permian Basin.

Amr Diab, the new Non-Executive Director, has over 20 of experience in investing and transactions. Diab is currently working in the role of Advisory Director at Morgan Stanley International. He previously worked with Morgan Stanley as Co-Head of Investment Banking for the Middle East and North Africa.

Apex International Energy’s Founder and CEO, Roger B. Plank, stated: “We are pleased to welcome both Amr and Dave to the Apex team.  Their guidance and expertise will be called upon as we grow into a significant upstream company in Egypt. With our recent award of two Blocks encompassing 1.7 million acres, Apex has established a significant foothold in the Western Desert from which to pursue potentially attractive acquisition opportunities.  The combination of our experienced professionals, network of industry relationships, financial wherewithal and commitment to Egypt, provides the ingredients to build a substantial E&P business.”