The Prospects of an Egyptian-Libyan Pipeline 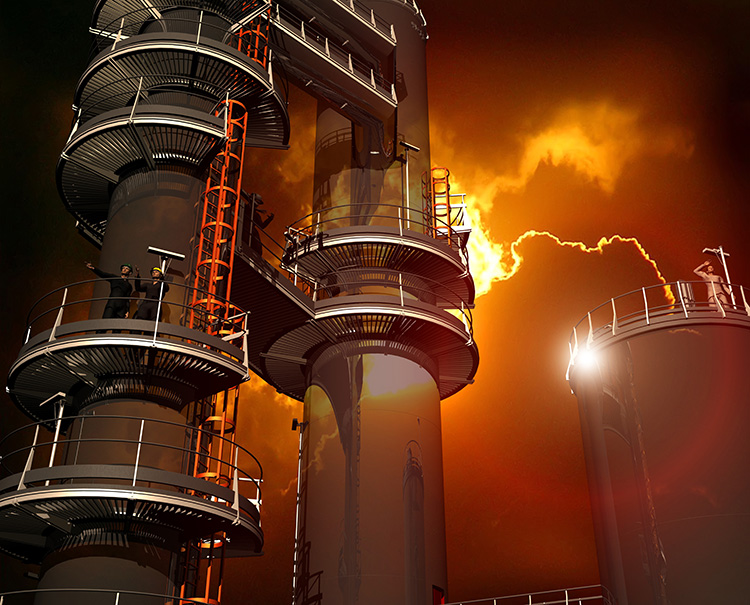 Libya continues to struggle with restoring stability and national unity, but its crude oil production is recovering. Despite the ongoing conflict and frequent terrorist attacks, Libya achieved a five-year high of $24.4 billion in last year’s oil revenues, with an annual increase of 78%.

Egypt has already agreed to import Iraqi crude oil in April 2017. The contract was renewed in 2018 and 2019 to import 12 million barrels annually, with six 2-million barrel crude oil cargoes supplied over the course of the year, which raises the question; could a similar deal be struck with Libya? Could the two neighbour countries build a pipeline that helps Libya sustain its oil exports through Egyptian infrastructure, and provides Egypt with the needed oil for its upgraded and expanded refineries?

“Establishing a pipeline between Egypt and Libya makes perfect sense, especially as Egypt is upgrading its refineries. The project is also in line with the country’s political leadership vision to transform Egypt into a regional energy hub,” said Hussein Fouad El Ghazzawy, former Vice President and Managing Director for Egypt and East Mediterranean at Schlumberger, who worked both in Egypt and Libya, among other countries, during his 34-year tenure at Schlumberger before retiring.

The Libyan National Oil Corporation (NOC) Chairman Mustafa Sanalla has warned that the war in the North African nation threatens expansion plans. Nonetheless, Libyan crude production recorded an average of 1.1 million barrels per day (b/d) in 2018. Last March, production amounted to 1.2 million b/d, and NOC reportedly plans to further increase output from its existing fields to reach 1.4 million b/d by the end of 2019 and 2.1 million b/d by 2023.

Meanwhile, Libyan refining capacities stand near 380,000 b/d, as per the most recent data of the Organization of the Petroleum Exporting Countries (OPEC). On the contrary, Egypt is pumping huge investments in expanding and upgrading its refining capacities, through public and private sector projects. Egypt is investing around $9 billion in upgrading six oil refineries over the next four years to increase domestic refining capacities to more than 41 million tons per year, the equivalent of around 823,000 b/d, while Egyptian crude production ranges between 660,000 to 670,000 b/d.

El Ghazzawy, who was Schlumberger’s Operations Manager in Libya for three years, between 1995 and 1998, back when the US-imposed embargo was still affecting Libya, believes that Libyan oil could help not only meet the local demand in the Egyptian market but also contribute to Egypt’s position as an energy leader through re-exporting petroleum products.

“Egypt’s strong infrastructure remains the most important factor supporting such a deal, especially with the energy hub strategy, which is not only focused on natural gas, despite the recent mega discoveries. Egypt could use the Libyan oil to meet the rising local demand and increase exports, especially with the new exploration and development projects in the Western Desert,” El Ghazzawy noted.

On the other hand, Libya needs to sustain its crude oil sales to finance the reconstruction process after years of conflict. NOC has recently warned in an official statement against recent calls for the shutdown of oil production, as crude exports remain a crucial source of public income. NOC believes oil production should not be politicized or interrupted amidst the current conflict in order to ensure that basic fundamental services are financed and provided to all citizens.

In the same way that Egypt would soon become the region’s centre for natural gas liquefaction and trade, by importing gas from neighbour countries to re-export it after liquefaction, Egypt will use its modernized refining infrastructure to meet the local demand, thus reducing the imports bill. Exporting petroleum products will also help Egypt benefit from the added value to increase foreign exchange inflows. In March, the Minister of Petroleum, Tarek El Molla said that Egypt will achieve self-sufficiency of gasoline and diesel by 2021/2022 and start exporting by 2022/2023. It is worth noting that Egyptian refineries currently cover over 70% of the local market demand for petroleum products.

The cultural background and the historically strong ties between the two neighbouring countries are also supporting factors for the cooperation in the vital oil and gas sector, according to El Ghazzawy.

The conflict in Libya remains the biggest challenge, especially as it represents a burden in the way of implementing such a large-scale project with huge investments. It could be very challenging to attract or pump investments into establishing the pipeline without stability in Libya. Nonetheless, “the current conflict will not last forever, so it is better to be prepared and ready with the feasibility studies and due diligence for establishing a project with such magnitude after the situation is resolved in Libya,” El Ghazzawy noted.

There might also be a legislative challenge, according to El Ghazawy. “We might need a regulatory framework for re-exporting Libyan crude oil. We already issued a law regulating the natural gas trade market, so this could be a similar case,” he explained.

A pipeline between Egypt and Libya is not a new idea. It was planned more than 20 years ago after years in the making, so both countries could simply revive the old strategies for cooperation.

In July 1997, Egypt and Libya agreed to establish a pipeline between Tobruk and Sidi Krir, and three years later, the two Arab nations agreed to form a $100-million firm called the Arab Company for Oil and Gas Pipelines (Altube) to transport Libyan Crude Oil to Egypt and Egyptian Natural Gas to Libya. However, either of these projects is yet to be established, and Altube, which ownership is shared between Egypt and Libya, is currently working on a number of local projects in Egypt, led by a storage facility in Badr City and an 86-kilometre pipeline to transport petroleum products to the storage facility in El Tebin to supply Upper Egypt.

Although the oil pipeline project now seems like a more viable project, El Ghazawy believes there remains an opportunity to establish another pipeline transporting Egyptian natural gas to Libya, as it would make Libya another route for Egyptian and East Mediterranean natural gas to European markets, especially as Libya could be an investment partner in this project.

Egypt has repeatedly voiced support for its western neighbour in fighting terrorism and reinstating security, and a framework to achieve cooperation is already in place. During a meeting between El Molla and Sanallah in November 2017, the Egyptian Minister expressed interest in boosting oil projects in Libya, noting that Egyptian petroleum companies enjoy a successful record in the Libyan market. In March 2018, Egypt and Libya agreed to form a joint action group to coordinate cooperation in the petroleum industry.

“Egypt success and experience, especially with the recent mega projects across multiple fields from oil and gas to electricity, infrastructure, roads, and bridges provides a basis for cooperation with Libya in reconstruction. Particularly with Egypt’s unique experience in fast-tracking projects, El Ghazawy noted, explaining how it took only 28 months from discovery to production at the Zohr natural gas field, which is an unprecedented record.

Zohr among other discoveries helped Egypt move from being a net importer of natural gas, to achieve self-sufficiency and then return to being a net exporter and Libya could need this kind of experience to fasten the rebuilding of its oil and gas sector.

According to the former Managing Director for Egypt and East Mediterranean at Schlumberger, Egyptian companies should not take a back seat to competitors in reconstruction projects, especially as many of them have great success stories in Libya within their portfolios, which remains the main advantage, alongside the strategic connection between the two countries.

“We have the same agenda and mutual interest, Egypt’s cooperation with Libya would be a strategic partnership, not a short-term investment. We can transfer our knowledge and experience, especially through the Ministry of Petroleum’s Modernization Project. There is also something to learn from our Libyan partners as they were able to successfully restore crude production near normal levels in a relatively short time,” El Ghazawy indicated.

Cooperation in the oil and gas sector, with the pipeline project at its core, could be an integral part in a comprehensive partnership that could see Egyptian companies invest in the reconstruction of Libya, which will need an estimated $20 billion and three million workers in its first phase.

With Thousands of Visitors in Just 2 Months, Gateway for PSM Launched for Safer Sector Operations