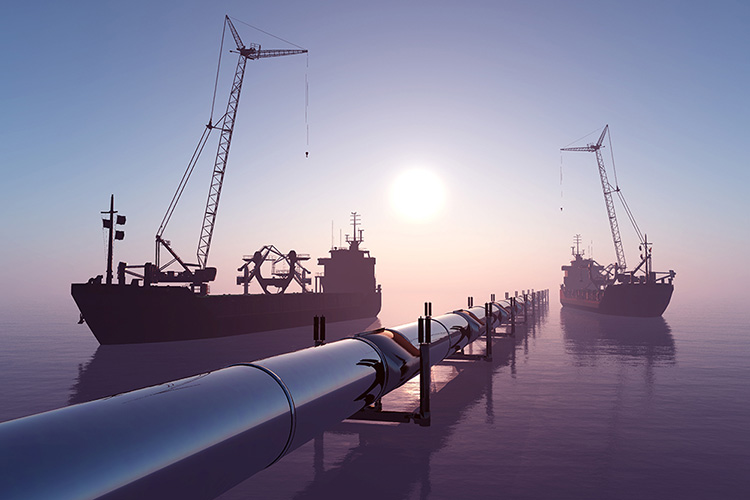 Pipelines are considered the best way to transport large amounts of oil and natural gas across various distances. Also, pipelines are the safest mean in terms of its impact on the environment and human health. This fact should be taken into consideration when it comes to petroleum sector.

However, a number of processes should be followed to avoid any possible incidents that may occur because of neglect of pipelines. Proactive inspections should be done for pipelines on a regular basis to detect any possible problems before happening. Operators should use high-tech inspection tools while inspecting pipelines such as an ultrasound, Magnetic Resonance Imaging (MRI) and digital analysis.

Additionally, pipeline operators have to implement preventative maintenance if there is any initiated problems from recovering pipes with protective coating or replacing the damaged part with another. Also, operators should monitor pipes continuously, as per daily schedules.

Another issue that should be considered is the design and construction of pipeline, in terms of its quality. For example, this means ensuring that type of steel used is that of a good quality and must be certified. After construction, they have to be tested to ensure that there are no leaks. Moreover, operators should be ready for any emergency by preparing emergency plans and train their employees to be ready for any potential incident.

Even though regulations have been endorsed years ago to ensure the commitment of operators to construct pipelines under specific standards as well as monitor and repair them periodically, pipeline incidents still happen. New technologies have emerged to help facilitate this issue. For example, the pigging technique, which is considered  one of the most important methods to audit pipelines as well as keep them clean.

Pipelines Pigging refers to the insertion of a device inside either new or existing pipelines for inspection, cleaning, maintenance and testing operations. The origin of calling such a process “pigging” remains unconfirmed.

Some experts referred “Pig” term as an acronym for “Pipeline Inspection Gauge”. Others said that the term is attributed to the distinct squealing sound resulted from sending leather-bound tools inside pipelines in the past (which resembles the sounds of pigs). Another sources suggested that it was called so after opening a pig trap, which is a toll in a pile of mud, in the same way pigs do.

Piggings are used during the phase of testing pipelines hydrostatically to check their capability of meeting the Maximum Allowable Operating pressure by filling pipelines with water, then withdrawing it. Also, it is used to remove any construction ruins, as well as dry and clean pipelines.

Earlier, the main purpose of pigging was to clean the pipelines. Basic pig was created by pushing bails of rags wrapped with barbed wire inside the interior walls of pipelines. Nowadays, bullet-shaped mechanical pigs made of rubber or foam are used to remove paraffin and any debris inside the walls of pipelines. Then, operators started to analyze the ruins that are removed from the pipeline. After that, digitalized pigs are used to recover the internal system’s information.

Lately, developed technologies are interfering in most of the industries, especially in the petroleum sector. Smart pigs are known to be large machines pulled by powerful technology inside pipelines, which provide data that can be collected and analyzed while the pigs travel through the system. This data is used in inspecting the pipelines and helps in preventative maintenance operations.

Mohamed Kamal Gaber, a Senior Process and Pipelines Design Engineer in Petrojet, stated to Egypt Oil and Gas (EOG) that as the pigging travels through pipelines, “it sends signals for welding defects if exist with its position and coordinates very precisely.”

Furthermore, smart pigs can assure that the transmission of liquid does not stop to guarantee pipelines safety. Also, it has the capability to detect any problems that can lead to explosions before they happen.

Smart pigs use many nondestructive solutions. Magnetic Flux Leakage (MFL) is one solution, which measures the strength of the pipelines and identify if there is any erosion by testing the thickness of its wall. Additionally, Electromagnetic Acoustic Transduction (EMAT), which produces ultrasonic waves inside the pipeline and demonstrate if there are any leaks, cracking or corrosion by analyzing such waves.

Moreover, the Internal Navigation System (otherwise referred to as the Global Positioning System) is another solution, which works with satellite communication to track the latitude, longitude and elevation of the pipeline system accurately. Also, this system can monitor any sudden anomaly, leak or cracking and locate it immediately.

Amr Saleh, a Corrosion Engineer at DNV-GL told EOG “it [Smart pigging] is considered as a great tool belong to safety management system that can be used to ensure risk or threat is identified and mitigated through suitable repair.”

Besides that, some measurements of pipelines have to be considered, including internal diameters’ size, number and type of valves, rate of pressure inside the pipelines, temperature, flow rate, end connections, types of its bends, in addition to other factors. Also, any pipeline should be tested and analyzed by a specialist in this field before pigging.

On the other hand, pipelines with small diameters or older long pipelines are not capable of bein pigged.

It is Worth Despite Challenges

Smart Pigging is worth being implemented and applied within oil and gas industry because of its advantages headed by its ability to clean and examine the pipeline without stopping the flow of internal liquid. Additionally, it allows the operators to inspect the entire pipeline without a need to send an inspector down its length. In addition, this technology is cost-efficient for companies as it can clean and audit simultaneously.

Saleh said that “the cost of applying pigging either for cleaning or inspection is extremely less than the cost of consequences of pipeline leakage or incident due to pipeline degradation.”

However, pipelines pigging is not free of challenges. Pigging tools are not faultless as they are machines. They still have limited experience in detecting problems and may miss some of the smallest factors. Also, these tools may be damaged inside pipeline, which could be costly for operators to repair and extract. Another issue is that, sometimes, the materials that are used in pigging equipment may cause damage and shatter pipes, which leads to high fatal risks.

Saleh said that Pipeline pigging is widely used in oil and gas operator’s companies in Egypt for various internal activities. “I see many companies in Egypt incorporated pipelines pigging as a part of PIMS (Pipeline Integrity Management System) which should comply with applicable laws, and regulations in Egypt and/or the international standards”, Saleh added.

Saleh, also, suggested using drones as a patrol to discover any other activities are carried out near the pipeline right away and report back for immediate action and interference.

From another side, Gaber said that in Egypt, while implementing pipelines design, pigging trapes should be included. “However some clients, due to lack of fund, request to postpone installing the traps. [owners] could be postponing this phase of project till the production profits could cover the cost of installing pig traps for the pipeline”, Gaber elaborated.

Additionally, Gaber suggested using surge vessels which could be supplied for oil pipelines to stabilize pressure along the pipeline as a safe guard.

For a safer future in Egypt, Gaber suggested allocating a regulation to commit all companies to not design nor construct pipelines without minimally having separated ESD system. This system automatically interfere within suitable time margin to stop production if operation team did not respond immediately for leakage coincident.