RTA: How to Make the Most Out of Your Data 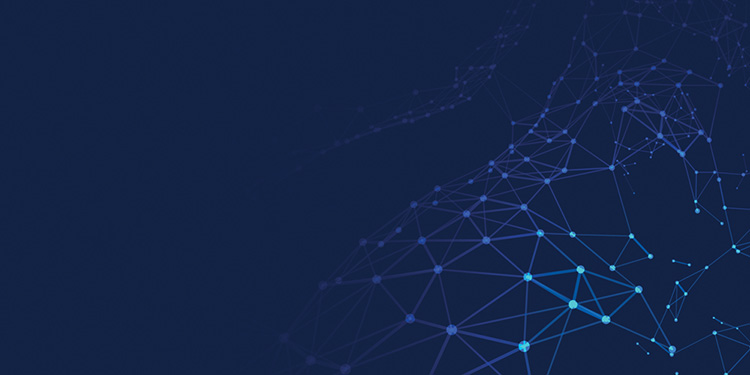 As we embark on the threshold of digital transformation, we are simultaneously gaining access to data more than ever before. However, are we making the most out of it to particularly understand the fluid flow in a reservoir? Here is where Rate Transient Analysis (RTA) shapes our datausageto unlock wellbore flow performance.

Modern production analysis, on the other hand, is used to evaluate reserves with greater reliability as the data generatedis more accurate. In addition, it is used to monitor production performance and also characterize the reservoir in terms of damage areas, pressure, and rate which can be obtained with minimal cost.

“The development of unconventional reservoirs is a challenge. Knowledge about the properties and physical controlling flow parameters of formations as well as the long-term production performance is the main key element. Targeting a reliable production forecast of unconventional reserves requires using a combination of different methods,”Omar Mahmoud, Assistant Professor at the Future University in Egypt (FUE), told Egypt Oil & Gas (EOG).

As a robust tool to access unconventional oil and gas reservoirs,RTA puts into account variable operating conditions that allows one to evaluate wells confidently and get accurate forecasts. The IHS Markit describes RTA as a “forensic analysis” that helps you carry out an investigation of the entire history of a well’s life production cycle with the large amount of data it bears.

“After determining the reservoir properties using RTA, a reservoir model can be constructed to forecast future production performance,” Mahmoud explained. Another report by the IHS Markit on reservoir and production engineering frames RTA as a solution offering different techniques to estimate original oil and gas-in-place (OOIP/OGIP) and expected ultimate recovery (EUR).

“There is an ongoing development in analytical models that can be adopted for forecasting production and estimating the EUR of unconventional reserves under the umbrella of RTA,” Mahmoud further noted.

“RTA is the art of analyzing production data (i.e. rates and flowing pressures) and matching them with analytical models. It is an important tool to estimate reserves and predict EUR of oil and gas reservoirs,” Mahmoud remarked.

Mazher Ibrahim, Chief Reservoir Engineer at ShearFRAC Group,told EOG that “RTA can evaluate the reserve of unconventional reservoir with good accuracy which depend on data quality and engineer experience.”

Other benefits of utilizing RTA include determining the reserves and being able to formulate a strategy to develop reservoirs. According to Mohamed Gallab, Reservoir Engineer and Department Head at Khalda Petroleum Company (Apache), if analytical solutions like RTA and Pressure Transient Analysis (PTA) are combined together, they can provide good characterization for the reservoir and improve the quality of results.

“RTA as well as PTA have been used effectively to understand reservoir performance. They estimate certain characteristics using long-term production data or transient pressure data. So that, both can be used as powerful tools to understand the behavior of brownfields. However, in tight and unconventional reservoirs, the RTA based on daily production data is more attractive because of the difficulties of well-testing,” Mahmoud stated

While PTA requires costly shut-ins, RTA does not necessitate the wells to be shut-in to be able to acquire the same results. “PTA requires shut-in well for buildup which will lead to production loss and wireline cost of the gauge,” Ibrahim told EOG. Moreover, as RTA taps into a well’s entire history, it digs deeper into the reservoir’s analysis, which in turn leads to better, faster and cheaper data-driven decision-making.

Shedding light on PTA’s benefits, Ibrahim specified that “PTA can be helpful in some cases of well damage and boundary compared with RTA.” However, he concluded saying: “RTA give unique answer but PTA can give many answers so the need of experience of engineer is required to integrate all data to get good answer.”

To optimize its development strategy in the Abu Madi and Kafr El Sheikh formations, Abu Qir Petroleum Company started developing a model to estimate production rates back in 2015. This was an attempt to find out if the wells were producing to their maximum value as insufficient information was becoming an obstacle in the reservoirs.

Abu Qir Petroleum Company, along with Schlumberger, developed a workflow by which missing data could be estimated using RTA. As a result, RTA was able to estimate the average static reservoir pressure, skin, permeability, and productivity parameters – data that was previously inaccessible. In short, the results showed that RTA’s usage of well-history matching process optimized production based on forecasts.

Likewise, in another case study, production forecasting played a major role in unlocking data in one of the unconventional gas bearing formations in Egypt’s Western Desert. According to an article published in 2017 by Ibrahim along with Mohamed Salah, Stimulation Lead Engineer at Khalda Petroleum Company, integration of PTA and RTA not only evaluated the economic feasibility of the Western Desertproject, but also facilitated the most optimal development strategy.

“RTA with reservoir simulation can [also] be used to optimize brownfield development [in Egypt],” Ibrahim commented to EOG. With that said, as flowing data is becoming readily available and accessible in Egypt, RTA shall unlock information previously not available and produce more accurate forecasts.

“RTA is one of the important tools to estimate reserves and predict EUR of oil and gas reservoirs, which can be used to optimize brownfield development in Egypt. RTA can always be targeted to obtain convincing estimates of reservoir parameters with available low-frequency (weekly or monthly) production data. Those highly confidence parameters can then be used in constructing efficient reservoir models to forecast future production performance from brownfields,” Mahmoud concluded.