The Net Zero Carbon (NZC) concept for the Oil and Gas industry, developed in collaboration with over 20 top investors, establishes basic standards for companies in a number of areas, including emissions objectives, decarbonization plans, capital expenditure and governance. Industry experts have been assessing the durability of the rising commitments by nations, governates, cities, and enterprises throughout the country are skeptical of oil and gas firms’ proposed net-zero emissions objectives, which provide an opportunity to hold large polluters accountable.

First of all, recently, there has been an upsurge in the number of oil and gas companies pledging to go net-zero by 2050. However, the current situation necessitates a quicker response due to the increasing CO2 emissions. Experts emphasized the need of establishing an interim goal with defined deadlines.

As climate disasters become more common, the demand to reach net-zero emissions by 2050 is becoming more urgent than before. Climate campaigners anticipated the UN Climate Summit COP26 in Glasgow, Scotland to make critical choices toward this objective. Coal-fired power facilities throughout the globe are under severe strain as a result of mounting protests and dwindling financing. However, oil and gas firms, actively promote their long-term sustainability to the rest of the globe. As stated by an expert in the academic field who preferred anonymity, “this event is a stepping stone to a larger and higher-level achievement for Egypt and for other countries in the region as well. Now that Egypt has been set to host COP27 next year, the world will be looking at Egypt as energy and climate leaders and I believe that Egypt can take the wheel to represent the region in terms of its action plan, especially in the oil and gas sector.”

During COP26, Minister of Petroleum and Mineral Resources, Tarek El Molla, took part in a conversation session entitled “Net Zero World Partner Countries,” hosted by US Energy Secretary Jennifer Granholm. During this session, as part of Egypt’s sustainable development agenda, El Molla said in his statement at the session that Egypt follows an ambitious plan that supports its transition to clean energy and reduces carbon dioxide emissions according to Egypt’s 2030 vision.

Net-Zero Targets in the Oil and Gas Field

Approaching net-zero is a huge task for an oil and gas corporation that predominantly supplies fossil fuels. It necessitates a significant reduction in both; its own emissions and those emitted when the items it sells are consumed. As a result, achieving net zero requires an oil and gas firm to make a thorough strategic commitment to alter its operations. Significant emission sources are unlikely to be rectified without determination, and emissions are unlikely to reduce at the needed rate.

Many oil and gas corporations have stated intentions to decrease their CO2 emissions to zero in the coming years, with a goal year ranging from 2030 to 2050. BP, for instance, has committed to achieving net zero emissions by 2050 and reducing operating emissions by 35% by 2030. Among the ambitious goals are: decreasing carbon intensity by 15%, assessing emissions at all processing facilities and working toward halving the amount of methane produced by activities by 2023, and raising low-carbon investments by over ten times by 2030, to roughly $5 billion per year.

To meet these sustainable goals in the future, oil and gas firms will need to increase operating efficiency, enhance resource use, and minimize waste – all of which may be aided by Artificial Intelligence (AI). Considering the combined issue of providing more energy (to keep up with high population densities and demand) while simultaneously generating less carbon, operational performance is crucial, which sometimes necessitates organizations consolidating or revamping processes to be more efficient and environmentally friendly. AI systems may also assist oil and gas firms in addressing operational problems that lead to leaks, which are one of the most significant environmental threats, alongside pollutants. For instance, AI-powered self-navigating machines can examine pipelines for issues, while AI-powered monitors are frequently used to check pressure and temperature. Furthermore, AI can give advanced monitoring readings for all wells in a company’s portfolio, selecting the most appropriate CO2 injection prospects for carbon capture and sequestration across exhausted areas.

More importantly, oil and gas corporations must move their capital spending away from increasingly dangerous fossil fuels dependencies and toward low-carbon operations such as renewables, carbon capture and storage, biofuels, and hydrogen generation in order to secure their long-term survival.

In conclusion, the oil and gas sector becomes a part of the answer, stepping up and making a name for itself in the climate battlefield thanks to new technologies. By working together, the industry can design a plan that will lead to net-zero emissions. Corporations have the expertise, skills, technology, and resources necessary to make the move, allowing them to lead a larger energy transformation. Since this will most certainly be a difficult process, energy businesses have the potential to make the globe a better country to live. 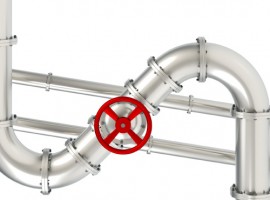 The Uphill Quest for Natural Gas 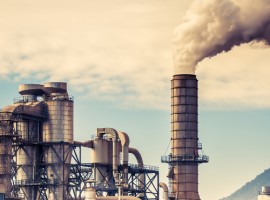 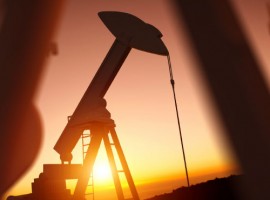 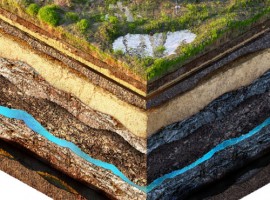