Petrochemicals Industry: An Engine to Push the Economic Wheel 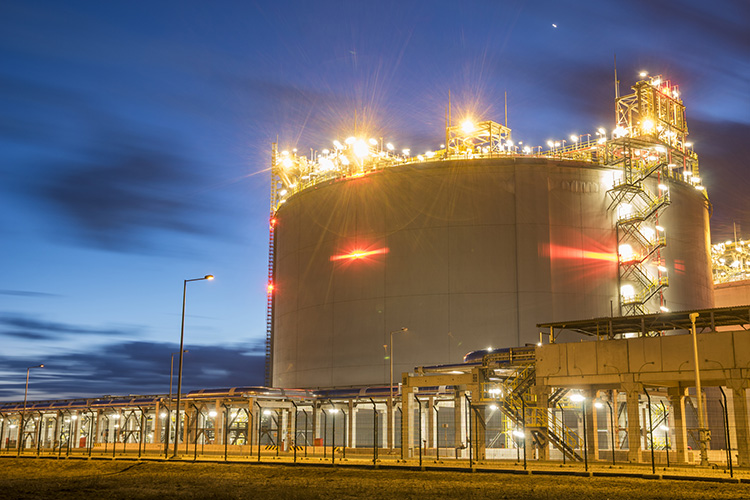 The oil and gas downstream sector has no less importance and effect on developing the countries’ economy than the upstream and midstream sectors. Globally, 2017 proved to be a successful year for the downstream sector in which products demand and refinery margins improved and the global market was under attempts for rebalancing. In fact, oil demand grew by 1.7%, reaching 97 million barrels per day (b/d) in 2017, having such an acceleration in the oil demand managed to support developing the downstream sector. Moreover, the increasing oil demand came in line with pushing the global economic wheel which was reflected in the growing consumption of oil products in both the Organization for Economic Cooperation and Development (OECD) countries and non-OECD countries, according to the Organization of the Petroleum Exporting Countries (OPEC) Annual Statistical Bulletin 2018.

Global Refining capacity in 2017 witnessed an annual increase of more than 100,000 b/d, according to OPEC Bulletin 2018. On the other side, the petrochemical industry has turned to be a pivotal part in the modern energy system and its importance is growing even more. Thanks to the petrochemicals industry which incorporated the oil and gas sector into daily products; including plastics, fertilizers, packaging, digital devices, medical equipment, detergents, tyres, etc. Moreover, petrochemicals have represented a driving factor for increasing the global oil consumption. It is expected that petrochemicals will account for more than the third of the global oil demand growth by 2030 and around the half by 2050, according to International Energy Agency (IEA) report, entitled ‘The Future of Petrochemicals Towards more sustainable plastics and fertilizers.’ Therefore, the link between a growing global economy as well as advanced technologies will be seen into increasing demand for petrochemical products, the IEA report noted.

The oil and gas sector is one of the main axes supporting the positive performance of the Egyptian economy. According to the 2018 Ministry of Petroleum and Mineral Resources report in collaboration with Egypt Oil & Gas, the North African country has recorded a total gross domestic product (GDP) growth of around EGP 4333.9 billion in fiscal year (FY) 2017/18; of which EGP 590.67 billion was recorded by the oil and gas extraction activities and petroleum refining. The oil and gas sector has recorded a GDP growth rate of around 42.1% in FY 2017/18, representing around 13.6% of the total GDP, up from 12.2% recorded in FY 2016/17, according to the report citing the Central Bank of Egypt (CBE).

The sector’s enhanced share in the GDP growth rate was accelerated by the increasing share of crude oil and natural gas in the GDP. Crude oil share in the GDP witnessed an increase of around 9.3% on an annual basis, recording EGP 198.6 billion in FY 2017/18 which accounted for 4.6% of the total GDP, up from 4.2% or EGP 142.96 billion achieved in the previous FY. On the other side, the natural gas performance was better than crude oil with a GDP share of around 27.5% in FY 2017/18, compared to FY 2016/17.

The BoP has kept its good performance and recorded a surplus of around $ 284.1 million in Q1 FY 2018/19. That first quarter witnessed an annual increase of petroleum exports of around 57.6%, recording $2.8 billion compared to $1.8 billion in the same period of the previous year. According to the latest official figures, there is a 34.7% Year-on-Year (YoY) increase in oil exports during Q1 FY 2018/19.

Saudi Arabia’s petrochemical industry is a cornerstone for the non-oil economy of the Kingdom which is currently working based on the economic reform program to achieve the goals of the National Transformation Program (NTP 2020) and Vision 2030, according to Jadwa Investment research titled ‘the Saudi Economy in 2019.’ The Saudi Arabian economy is expected to grow by 2% in 2019, down from 2.2% in 2018; of which the oil sector has grown by 1.6% in 2019 YoY and the non-oil sector by 2.3% YoY. The decline in the Kingdom’s GDP, according to Jadwa research, has resulted from reducing oil production in the Kingdom according to the production-cuts agreement by the OPEC and its allies to reduce oil production by 1.2 million b/d; of which 800,000 b/d by OPEC and 400,000 b/d by the non-OPEC members. The agreement commenced from January 2018 and will last for six months to rebalance the global oil market.

The Saudi Petrochemical sector has developed from being a locally based industry to one of the Saudi economy’s main pillars, in conjunction with the cooperation with the largest and most profitable companies around the world. Working under the NTP 2020 and the Saudi Vision 2030 provide the Kingdom with the required opportunities to develop the industry through the current improvements in infrastructure and technology, according to Jadwa Investment research, titled “Petrochemicals and the Vision 2030.”

The Saudi petrochemicals industry has witnessed many developments which have resulted in increasing the chemical capacity by 116% between 2005-2015 through many factors including the prevalence of abundant and cheap feedstock, record high oil prices, growing Asian demand and record profitability for petrochemical companies, according to the research.

The Saudi Vision 2030 supports the petrochemicals industry, considering it as one of the sectors that will help increase the non-oil sector exports. Under the Vision, the petrochemicals industry has been designated as one of the seven industries selected for concentrated support. Jadwa research stressed that “the Vision emphasizes the need to build a unique logistical hub in which the enhancement of logistical services, state-of-the-art infrastructure, and streamlined trade exchanges are sought. The Vision also emphasizes support for national companies, including petrochemicals, in helping them gain market share in both regional and international markets.”

On the other side, the Saudi NTP 2020 supports the petrochemicals industry as well, considering it a key pillar for the economic development through its high contribution in the Saudi non-oil exports, which amounted to around $30 billion in 2015, according to Jadwa research, adding that “the prominent role of petrochemicals in the non-oil economy means it has been identified in both the NTP and Vision 2030 as one of the sectors to lead the continued push for diversification away from fossil fuel reliance.”

In recognition of the cruciality of the downstream sector and its contribution on developing the economy, the Ministry of Petroleum and Mineral Resources has included it as a pillar in the Modernization Project which aims to increase energy efficiency and improving operating conditions. The pillar consists of two programs; the first one is Downstream Performance which targets increasing asset utilization and resource integration and achieving globally competitive cost performance, and the second one is Energy Efficiency which focuses on improving energy efficiency across the sector.

It is worth mentioning that 2018 witnessed many remarkable investments to expand the petrochemicals industry. Four new projects were established in 2018 with investments of around $1.6 billion. Sidi Kerir Petrochemicals Company (Sidpec) established two factories worth $1.25 billion for expansion to produce propylene and polypropylene. In addition, Ethydco complex in Alexandria began implementing a project to produce industrial rubber (Poly Butadiene) with investments of around $105 million. Additionally, Suez Petroleum Services Company started a project for producing methanol derivatives that worth around $60 million, serving ready-mixed concrete and adhesives manufacturers. Moreover, implementing the largest two petrochemical complexes have contributed to increasing production by 80% in 2015-2018, compared to the period from 2011 to 2015.

Furthermore, 2019 has envisioned the ministry of petroleum stepping into constructing new refinery and petrochemicals complex in the Al-Alamein region with investments of around $8.5 billion. According to the ministry, four new projects in the petrochemicals industry worth around $1.5 billion are under progress, in addition to six other projects with a total investment of about $7 billion to be implemented within four years to increase the capacity of refineries to more than 41 million tons per year.

Saudi Arabia did not have a petrochemical sector prior to the 1980s, yet that all changed when the Saudi government began investing in natural gas infrastructure to benefit from the previously flared associated gas from crude oil production. Since then, the government and industry leaders have established different petrochemical investments which would have a profound influence on flourishing the industry’s future, according to a special report published by the Embassy of the Republic of Korea in 2017, titled ‘Petrochemical and Refinery Projects in Saudi Arabia.’

The report showed that Saudi Aramco took its first step in the petrochemicals industry through Sadara Chemical Company, a joint venture with US firm Dow Chemical, representing the largest integrated petrochemicals complex in the world which help develop the Kingdom’s non-oil manufacturing and technology sectors through introducing new chemical products.

After that, Saudi Aramco established remarkable projects to develop the petrochemicals field. For instance, Aramco announced signing a memorandum of understanding (MoU) with Saudi Basic Industries Corporation (SABIC) to construct a fully integrated Crude Oil to Chemicals (COTC) complex, to start operating in 2025.  The complex is expected to process 400,000 b/d of Arabian Light crude oil, which will produce approximately 9 million tons of chemicals and 9 million tons of fuels per year.

Additionally, Saudi Aramco considered building a $20 billion Yanbu Refinery and Petrochemical Complex at Yanbu on the Red Sea coast, according to the Embassy report. The refinery, wholly owned by Aramco, is expected to have a production capacity of around 400,000 b/d and is expected to produce 45 petrochemical products. Aramco has been integrating its refineries with petrochemical production as a step to develop its downstream business and expand its trading of refined products.

In 2019, Saudi Aramco and French giant, Total announced signing an MoU with Daelim, a South Korean petrochemical company. Under the MoU, Daelim is planning to build a new 80,000 tons state-of-the-art Polyisobutylene (PIB) plant, which is expected to come on-stream in 2024. This agreement marks another major step in driving Saudi Aramco’s petrochemicals growth strategy.

The kingdom’s successive moves to become one of the world’s largest oil refiners, as well as the top oil exporter, is adding an extra dimension to its role as the main driver of OPEC policy. Currently, the petrochemical industry in the Kingdom has been considered as a pivotal part in developing the downstream sector, establishing a higher value adding manufacturing base, and pushing the Kingdom’s non-oil exports, according to ‘Petrochemical and Vision 2030’ report.