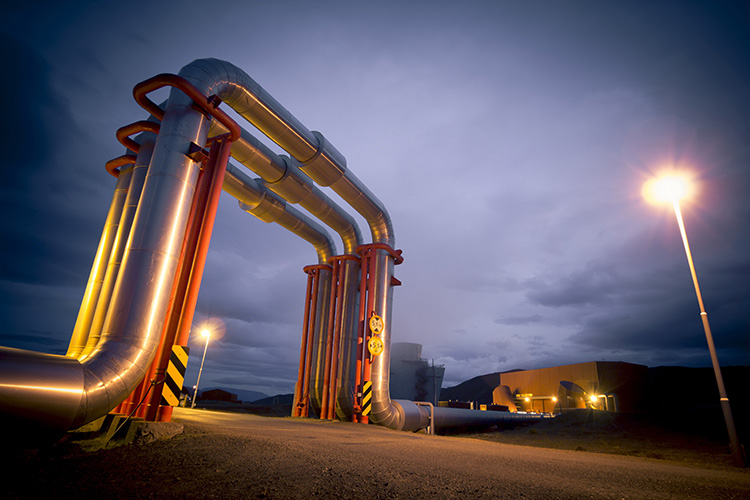 Liquefied natural gas (LNG) exports have represented a burden on the Egyptian economy for the past few years. During 2017 the Egyptian government developed plans to achieve natural gas self-sufficiency and start exporting natural gas.

Egypt is expected to reach self-sufficiency by the end of 2018, based on Minister of Petroleum and Mineral Resources Tarek El Molla’s latest announcement on December 13, 2017. This statement was followed five days later by another declaration that Egypt will be back in the international natural gas market as natural gas exporter in five years.

The Egyptian Natural Gas Holding Company (EGAs) launched tenders for fewer LNG cargoes compared with previous years. Egypt will import 12 LNG cargoes in the first quarter of 2018, and the EGA is hoping that Egypt will only import 80 cargoes in 2018. These figures show that Egypt is taking steps to lessen its dependency on LNG imports; however, there are many other factors to be considered in order to evaluate Egypt’s potential for natural gas exporting. These factors are: recent discoveries, consumption rates, infrastructures, and regional competition.

Recently, there have been several mammoth onshore and offshore natural gas discoveries in Egypt. Zohr, along with several fields at West Nile Delta and North Damietta concessions, represent the most important recent discoveries that will help Egypt increase local natural gas production.

Zohr was discovered in August 2015 by the Italian company Eni and is located in the Shorouk concession. As the biggest natural gas field in the Mediterranean, the mega field is considered a game changer for Egypt. It includes an estimated 30 trillion cubic feet (tcf) of natural gas, which increases Egypt’s total natural gas reserves by about 40%, based on the Italian company’s official statement. The gigantic field started production on December 16, 2017 with an initial capacity of 350 million cubic feet per day (mcf/d), which will contribute to decreasing Egypt’s imports. An official from EGAS stated that Zohr production will reduce Egypt’s import bill by around $50-60 million monthly.

The Mediterranean mega field’s productivity is to be increased gradually, enabling Egypt to eventually start exporting. Nonetheless, Zohr was not the only field that started production in 2017. That year witnessed the beginning of natural gas production from the first two fields of the West Nile Delta concession, Taurus and Libra. These two fields, which were discovered by British Petroleum (BP), are an example of many other discoveries that BP has made in the West Nile Delta.

In the past two decades, BP discovered a series of fields in this area which are expected to contribute significantly to Egypt’s natural gas grid. The Taurus, Libra, and Fayoum fields were discovered in 2000 and 2001, according to Offshore Technology (OT). They were followed by the Ruby discovery in 2002, which was further appraised in February 2009 and October 2013.

In 2004, two discoveries were made: the Raven field (with a flow rate of up to 37.4 mscf/d during the initial test) and the Polaris field. After three years, the Giza discovery was made, which contains around 1 tcf of natural gas. Three years later, Hodoa field was discovered, OT wrote. In 2013, 2015, and 2017 three more fields came up in the North Damietta concession area, namely Salamat, Atoll, and Attameya Shallow-1, respectively.

In 2017, BP announced that production would be starting in the Taurus and Libra fields eight months ahead of the previously scheduled start-up dates. The West Nile Delta is being developed as two separate projects and is expected to be fully on-stream in 2019. Taurus and Libra were scheduled to deliver an average of more than 600 mscf/d. Now, the fields’ productivity is over 700 mmscf/d, which is 20% higher than the planned sales natural gas plateau.

The North Alexandria project, operated by BP, contributed to increasing the overall natural gas output when it started production in 2017. It increased Egypt’s daily natural gas production rates to around 5.1 bcf in 2017 compared with 4.4 bcf in 2016.

Another recent offshore discovery around the Nile Delta is the Nooros field. It was discovered in July 2015 by Eni and began production in September of the same year. The field contributes significantly to the Egyptian national grid and its daily production increased from 900 mcf to 1 bcf in May 2017, based on MENA reports.

Exploration and production (E&P) are not the only factors determining Egypt’s ability to export natural gas, since consumption levels are increasing as well. BP’s report shows fluctuation in consumption figures during the past five years with a significant decrease in production levels.

In the past, production of natural gas used to override consumption. However, since 2013, the gap between production and consumption has continued to shrink due to increasing demand and decreasing production rates. Research conducted by BP found that 1,815 bcf was consumed in 2013, while only 1,981 bcf was produced that year. This gap became smaller in 2014 when 1,695 bcf was used and only 1,723 bcf was consumed. Consumption rates remained similar in 2015 with 1,688 bcf. As for 2016, rates were alarming as consumption dramatically increased to record 1,811 bcf while production significantly decreased to 1,476 bcf.

In November 2017, natural gas production witnessed a 14.11% year-on-year increase, according to statistics released by the Central Agency for Public Mobilization and Statistics (CAPMAS). Natural gas consumption increased 10.4% in November 2017 compared to same month of 2016, CAPMAS reported.

By January 2018, Egypt’s production is forecasted to reach 5.4 bcf/d compared to 5.1 bcf/d during 2017, based on the expectation of the Egyptian General Petroleum Company’s (EGPC) chairman, Abed Ezz El-Regal. National consumption is anticipated to be covered by June 2018, when Egypt’s production of natural gas is to hit 6.4 bcf/d, according to Gamal Kaliouby, a leading international energy expert and professor of petroleum engineering.

The real challenge is that the increase of production will be met with an increase of consumption as well. Natural gas demand is anticipated to hit 6.37 bcf/d in 2018 according to CI Capital. Increasing demand for natural gas will be a major obstacle for achieving self-sufficiency and, of course, for the government’s ambitions of exporting by 2022.

As a previous natural gas exporter, Egypt already has some of the necessary infrastructures that will help the country follow its plan of exporting natural gas through the already existing pipelines and agreements. In addition, it can also utilize the recently chartered Floating Storage Regasification Units (FSRU) to export natural gas.

Compared to other regional competitors, such as Turkey, Egypt needs to establish more pipelines in order to achieve its goal of becoming a regional natural gas hub. Nonetheless, experts believe that reactivation of the already existing pipelines enable Egypt to export its natural gas at a competitive coat. “The AGP is very important since Egypt used to export natural gas to Jordan and other countries through it. If activated again and extended, it could be used to transport natural gas to the EU, which will be a better option for the EU than the East Med Pipeline,” said Tharwat Hassane, Professor of Petroleum Engineering and Energy and Advisor in the Committee of Energy in the Egyptian Parliament.

Only half of the capacity of the two FSRUs is utilized by Egypt and it is anticipated that the country may use even less, Mohamed Khafagy, General Manager of Natural Gas and Economic Affairs at EGAS told Egypt Oil & Gas.

FSRUs can be used for natural gas exporting in the near future, helping Egypt to turn into a regional natural gas hub. “FSRUs are essential for this to happen, as it will take long time and large finances to establish onshore LNG terminals,” said Osama Kamal, former Petroleum Minister to Egypt Oil & Gas.

In a phone interview, Constantinos Filis, the Head of the Russia-Eurasia & SE Europe Centre at the Institute of International Relations, pointed out the importance of Egypt’s FSRU in turning it to an energy hub and connecting it to Europe. According to him, the country can use them to transport its own natural gas or Israel’s and/or Cyprus’s to Europe. He added that the Egyptian FSRUs can also connect to Greece’s Alexandroupolis FSRU terminal, which is still under establishment in the northern Aegean Sea.

Although growing natural gas consumption can represent a challenge to Egypt’s plans to export gas, the country’s already-existing pipelines and FSRUs are a strong card in Egypt’s deck to avoid losing exporting potential. Yet, existing facilities might not be enough to beat competitors, requiring Egypt to invest in more infrastructure to meet its target of becoming a regional energy hub.