Onshore iWells in Egypt: Past, Present, and Future Insights 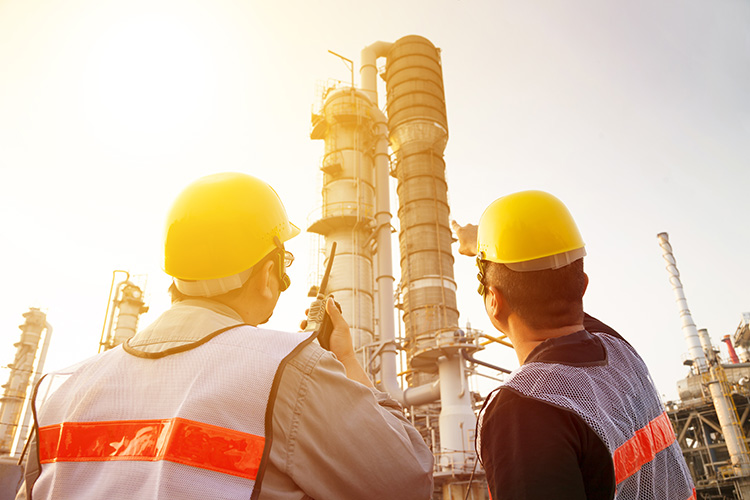 Conventional oil and gas operations are becoming just one of many different options. In today’s world of diverse technologies, the decision for each project needs more studies, comparisons, and long-term predictions. The varying parameters have changed to include the expected interventions, the duration of workover, zones’ compatibilities, the selection of monitoring systems, as well as the subsurface structures. The compartmentalization strategy has been upgraded from adjacent wells into smart wells all over the field.

For instance, intelligent well completion has come up with competitive advantages to boost the integrity management for the projects. Egypt’s onshore fields challenge the downhole tools with extreme conditions that impose intervention from time to time. Any error in the monitoring system can extend the workover time and cost the operator more money. However, differentiating between the relatively high initial cost and the long-term savings is what keeps executives awake at night. On the other hand, the future brings new advances to intelligent well completion telemetry systems using nanotechnology. The intervention tools have also witnessed break-through innovations that optimize the workover operation.

What is Meant by Smart Wells?

Throughout the previous years, substantial attention has been paid to deploying smart well completion to boost the recovery, especially with the increasingly expansive  opportunities in more challenging and rewarding assets. The term ‘smart well’ is relative to the current generic technology in wells. Hence, any updated technology that optimizes the performance and achieves long-term profits can be listed as a smart technology. In particular, intelligent well completion means the use of inflow control valves (ICVs) and autonomous inflow control devices (AICDs) in well completion to enable the remote control according to real-time measurements. It can be in multilaterals, injectors, and multiple zones applications.

Digitization is a more advanced stage that employs artificial intelligence and big data analysis to monitor, analyze, and control problems and their consequences. Smart wells can monitor and analyze, but actions are taken by authorized people through control lines.

“The first successful operating intelligent well system was the surface-controlled reservoir analysis and management system (SCRAMS) installed at the Saga Snorre tension leg platform in the North Sea in 1997,” a Halliburton paper entitled “Optimization of Recovery Using Intelligent Completions in Intelligent Fields” stated. SCRAMS operators could obtain real-time pressure and temperature of each zone and could precisely control the flow by adjusting reservoir control valves of each zone. Later, more advanced smart wells became available for the industry.

The importance of reliable measurements was pointed out in Schlumberger’s paper entitled “When Intelligent Wells Are Truly Intelligent, Reliable, and Cost Effective.” The paper concludes that “measurements alone do not provide intelligence; interpretation tools are essential to provide accurate inversion to useful information. The combination of additional measurements, such as DTS, within an existing permanent monitoring infrastructure is a cost-effective method of improving the measurement value.”

Real-time surveillance has been a fast-emerging technology that affects the economics of projects. The quality of measurements and continual analysis can optimize and shorten the intervention duration. Egypt’s onshore wells – such as the ER-5 well in the East Rabeh field – are showcasing the importance of zonal isolation and advanced telemetry systems.  .

According to a research paper on real time operations surveillance at the ER-5 well, the lessons learned were to rely on the most recent data and to avoid mixed production for inflow performance. ER-5 produces oil from Nubia and Matulla formations, and was first completed and tested in January 2002. An electric submersible pump (ESP) was selected and the first system was installed in February 2004.

In January 2006, the fluid production rate dropped to 1,600 barrels per day (b/d) with a 98% water cut. The company decided to go ahead with a new well intervention and the well was worked-over to recomplete and produce from the Matulla and Nukhul zones. The well was put online in August 2006, producing around 950 b/d with a 20% water cut. However, the ESP failed electrically in January 2009. This last intervention showed the importance of deploying strong telemetry systems with ICVs.

The new ESP string was prepared to run through 139 stages. However, due to an electromechanical problem, the string was pulled before the targeted depth. The ESP was covered by crude oil as an indication of not killing the well properly. Knowing the total inside volume of the casing is 204 barrels, killing the well with 400 barrels of water provided clear evidence that the thief zone had swallowed the kill fluid. Moreover, they found out the pressure design was overestimated due to the absence of Nukhul production. That late conclusion came out after the ESP shutdown recorded lower pressure, so they pulled the string adding more stages.

The ER-5 intervention history proved by numbers the loss of intervention rig time due to a lack of real-time data and the cross flow among different zones causing production drops and water conformance problems.

The West Dikirnis field has had a successful history in deploying intelligent completion with horizontal wells. The field is located in the Nile Delta and is operated by Petroceltic and El-Mansoura Petroleum Company. It contains a thin oil rim with a thick gas cap and strong water aquifer. The field also showed lithological variations within short distances.

This well has a horizontal section of 2,200 feet, which is a very challenging record in the Delta. It produced initially about 2,300 standard cubic feet per day of oil and 4.6 million standard cubic feet per day of gas. This successful case proved the effectiveness of intelligent well completion in Egypt’s onshore wells. In addition, the five horizontal wells drilled in the field have contributed with more than 45% of the cumulative oil production of the field, while the rest was produced from 10 vertical/deviated wells.

Smart wells are not limited to include only the intelligent completions, but also the innovative intervention techniques. The smart workover strategy aims to reduce the intervention opportunities and the down-time, as well as providing real-time telemetry systems. The service providers were competitive to present innovative solutions. Halliburton, for instance, presents the Spectrum Fusion Real-Time Hybrid Coiled Tubing Service, which integrates among fiber optics, electric communication and power. Such a system is compatible with wireline and mechanical tools to help in diagnostic, design and delivery of operations. That enables real-time onsite decision-making with more optimized projects.

Since the oil and gas industry adopted these new technologies, improvements have followed. One of the breakthrough research and development trends is ‘nanocompletions’. This term refers to the adaptation of known applications of potentially viable nanostructures to the development of the components and functionality of well completion systems.

The novel contributions of nanotechnology can be in the monitoring or the analyzing system. For example, if the polymer-supported nanoparticles (PSNPs) are properly engineered and tailored into a fibrous or a membranous configuration, it can be wound round the tubing and act as downhole flow-meter. Moreover, the nanoactuators can transmit the acquired information to a central station. In addition, carbon nanotubes can be engineered as electrical cables and wires of very high conductivity and as paper batteries with super capacitor functions. The analytic system can benefit from nanotechnology by employing nano-RAM, nanowires and nanoelectronics.

The decision to implement a smart well completion system instead of a regular one is a cost-to-revenue evaluation, because most of the smart wells are high-cost, deep-water wells. On occasions, mature oil fields could use smart wells to boost hydrocarbon recovery. A smart well has many benefits that offset the extra cost of implementing it. These benefits can be summarized as increasing production by controlling the production amount from different reservoir zones and increasing the productivity of wells and the total recovery by effectively managing water injection using zonal control.

Ten years later, the wells completed conventionally will be a burden upon the operators in comparison with the smart wells. The smart of today can be the conventional of tomorrow.