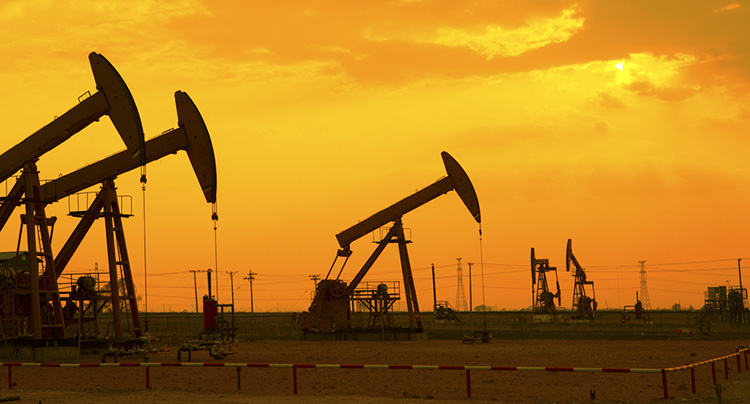 Oil brownfields are the backbone of the oil industry. According to a report from IHS Cambridge Energy Research Associates, two-thirds of the world’s daily oil production hails from mature fields. This figure is even greater in Egypt, and according to empirical data at Egypt Oil & Gas’ (EOG) “Future of Egypt’s Brownfield Development” roundtable, crude production from brownfields in Egypt makes up a resounding 77%.

Thus, there is a strong incentive to develop the best and most cost-effective technologies to enhance the output of brownfields. For ageing assets such as production platforms and related infrastructure, structural integrity assessment requires high-tech methods.

According to Hisham El Grawany, DNV GL’s Regional Manager for Egypt and North Africa, brownfield integrity is a tight line to walk: “exploration and production clients need to know at what point it is more economical to squeeze production out of an existing platform or to perform an overhaul on the asset, including replacing or refurbishing equipment where necessary.”

There is a myriad of brownfield contracts available in Egypt for production at brownfields. The most prevalent form of contract for mature fields in Egypt is a production-sharing contract (PSC). In this scenario, IOCs have the decision-making power over the field, in addition to handling the redevelopment operations needed.

PSCs have their shortcomings, however, and prove to be inefficient in certain cases as the Egyptian government has less jurisdiction over the oilfields whether it be supervising, regulating, or determining the IOCs operating roles. Couple this with the tax code deficiencies that potentially prevent the host governments from getting rent from IOCs, they are not ideal.

A concession agreement (CA) is a type of contract between a state or mineral rights owner and a company that provides the former with the right to operate a business with the jurisdiction of the latter based on negotiated terms and conditions. These are the most old fashioned contract type in Egypt and are also the simplest in form. The problem when it comes to brownfields, though, is that a CA lessee absorbs all financial risks, including the costs of oil exploration. For obvious reasons, this is a contractual sticking point at brownfields given their already risky nature.

Meanwhile, Service Contracts (SC) are seen as a new viable option to enhance profitability at brownfields in Egypt. They represent a key incentive for companies to invest in the late-stage sites, where IOCs agree to a predetermined return in lieu of sharing the profits. All the while, the host government remains the owner of the field and its production. According to Mahmoud Wazery, a Production Manager at WEPCO, “an SC is, in essence, a type of contract that is a simplified tool for purchasing and constructing activities. IOCs do not need to comply with the normal approval cycle to purchase materials and equipment which shall be used for production.”

Despite the introduction of SCs, Panos Dougleris, Managing Director at Delft Inversion, maintains that there is still more work to be done to “open up the industry doors to foreign technology vendors by simplifying the paperwork and registration processes could bring multi-fold benefits in the mid-run.”

In terms of well revival techniques, there is a whole range of techniques present in Egypt to aid Enhanced oil recovery (EOR). Among these techniques is water flooding, whereby water is injected into the oil field to increase pressure and thereby stimulate production. According to a study by the Society of Petroleum Engineers (SPE), this technique can enhance oil extraction from 30% to a recovery factor of 50%.

A more advanced technique implemented in Egypt is Steam Injection (the Cyclic Steam Stimulation (CSC) method the most popular). Steam is injected into the well to heat the oil in the surrounding reservoir to recover approximately 20% of the Original Oil in Place (OOIP). This process is repeated until the cost of injecting steam overtakes the money made from producing oil. In terms of cost efficiency, the cost of injecting steam is high thus the profit margins are reduced.

In terms of drilling technologies that enhance brownfield profitability, radial drilling (RD) is a key operation in Egypt. RD utilizes hydraulic energy to create several lateral holes in different directions and levels with several lengths. These lateral holes are made by milling the casing with a small bit then extending these holes laterally using high pressure hydraulic jetting. A successful case study in Egypt is at the Gulf of Suez: the results showed the first well gross rate increased by 37.4%, and the net oil rate was improved by more than 31.4%; the second well showed an improvement by about 73.34% increase in gross rate, and 47.3%, an increase in the net oil rate; and the third well showed an improvement by about 14.3% gross rate, and a 14.7%, increase in the net oil rate for a very short period. Therefore, this technology extends the productive life of wells and the whole field at a reasonable cost.

Seismic mapping is the preferred technology over other EOR techniques due to its elastic waves – which have no vertical or horizontal plane barriers – and because other EOR methods usually are more expensive and ineffective in reservoirs that are highly heterogeneous.

Operators use seismic stimulation in mature fields, due to its effectiveness on sandstone, carbonate reservoirs, and diatomite. Seismic stimulation is a promising alternative to shale plays re-fracturing. The seismic simulation tool works by creating elastic waves to prepare the lightest phase first. It is accompanied by less water production and produces more oil. According to Bill Wooden’s article named ‘Seismic Stimulation Advances EOR Technology’, Seismic stimulation “is best applied to fields having gas-oil ratios of less than 2,000 standard cubic feet per barrel (cf/b). Thick oil is less inclined to move regardless of the elastic wave strength.”

What’s Next For Egypt?

The immediate future of Egypt’s brownfields is currently in flux. With the coronavirus crippling oil prices and profit margins, the need for cost efficiency has never been greater. When questioned on how the pandemic will shape the future of brownfields, Dougleris asserted: “The pandemic has given a boost globally to the movement of digitization, which is expected to have an immediate impact on operations and efficiency. On the other hand, it has created a volatile investment environment that creates a barrier for other innovative technologies.”

One technology that has been in the pipeline for a long while is 4D seismic visualization technology. 4D, or time-lapse seismic survey, is applied in monitoring three major aspects namely: the changes in a producing hydrocarbon reservoir, underground storage of carbon dioxide (CO2), and geohazards. This technology enhances decision making and determines the best ways that could be used to capitalize on reserves in mature hydrocarbon fields. This assists in reservoir characterization, identifying the movement of fluid interfaces, and locating reserves. On top of this, the technology has gained notoriety as it provides higher accuracy and a clearer understanding of reservoirs, as well as guiding the selection of the best possible techniques that could be applied in production.