Mergers and Acquisitions in The Energy Sector: An International Direction 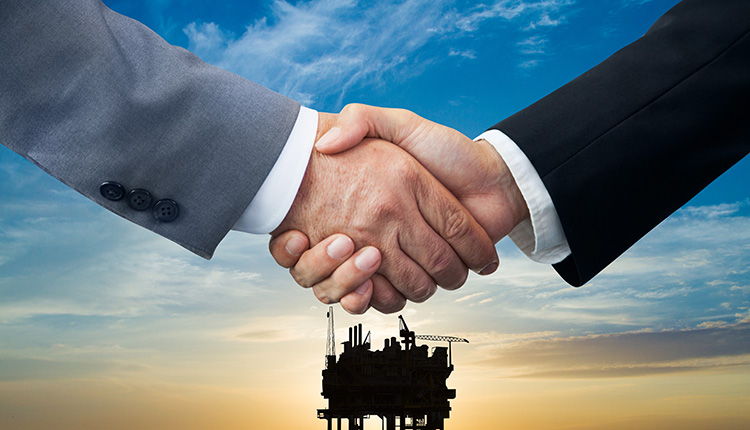 In conjunction with the advancements in modern economic systems, international companies have begun to shift to mergers and acquisitions (M&As). In fact, many companies engage in M&As to exterminate non-profit assets and expand their businesses. Therefore, the world witnesses an upward movement of M&A activities, playing a pivotal role in the integration of national economies. However, because many issues may arise from wrong decisions, managers should be aware of all pros and cons that come with the entire M&A package.

The study aims to determine the global trends for M&As of international companies in the global market energy sector in the context of energy market transformation. As a result of the beneficial changes in the energy market, more M&A deals have taken place.

M&As are considered to be a growth strategy that companies implement, either through combining two or more firms or one firm takes over the other. According to the Institute for Mergers, Acquisitions and Alliances (IMAA) statistics, the value and number of global M&A deals constantly increases every year. However, trends tend to vary on an annual basis. For example, while the number and value of M&A deals increased from 1995 to 2000, it decreased significantly between 2001 and 2003 due to global economic and financial crises. Despite this, it is worth noting that the value of M&A transactions started to increase again from late 2003. In the same decline occurred once more between 2007 and 2008, with restoration continuing in 2010.

Nevertheless, the M&A processes were revived between 2004 and 2015, with the improvement of the economic situation in the developed countries; this means that the advancements in the economic field have increased companies’ abilities to revive and engage in more M&A deals. Many important M&A deals were made in different fields such as telecommunications, pharmaceuticals, oil and gas, food, and even the financial sector. When it comes to the energy sector, the share of M&As was around 13.7% of the total value and about 7.2% of the total number of deals took place between 1985 and 2015.

M&As have certain features that depend greatly on the development of energy. The progress of certain areas of the energy sector shed light on the sector as an attractive industry for the investors. Accordingly, the transformation of the international energy market impacts the attraction of more M&A deals to be formed in the energy sector.

Another factor behind the shift in M&A deals is the new global program for ensuring a sustainable future and the goals of sustainable development by 193 United Nations (UN) member states in 2015.  Additionally, a modern factor is included in the energy market transformation, which is the implementation of the Smart Grid concept in energy power systems. The introduction of Smart Grid technologies helps facilitate optimizing electricity supply, which will reduce energy firms’ costs.

The transformation in the energy market can be measured by PESTLE analysis. The PESTLE provides a framework to analyze the factors affecting the performance of the organization. Such kind of analysis is practiced when a new business starts. The PESTLE analysis is based on Political, Economic, Social, Technological, Legal and Environmental factors. These factors impact the efficiency and future of companies engaged in M&A deals. Moreover, the PESTLE analysis consists of external factors that allow for the facilitation of the decision-making processes.

International M&As in the Energy Sector

The value and volume of M&As in the world energy sector is gradually increasing, according to IMAA. Yet, the M&A market in the energy sector is contingent on the general laws related to M&As. Therefore, if the global market is in decline, the value of M&As and volume will experience the same decline as well.

The M&As have many influential features that must be considered. Firstly, the M&A transactions take into consideration national energy and environmental safety to maintain sustainable development. Secondly, the M&A transactions may require longer preparation time in order for significant capital investments to take place in certain areas. Thirdly, each division in the energy sector is in need of vertical integration; vertical integration allows companies to control processes, reduce overall costs, and implement the transaction efficiently.

Among the different sectors of energy, the oil and gas industry witnessed the most valuable M&A transactions. In 2015, one of the largest transactions occurred between the Dutch-British oil and gas company Royal Dutch Shell Plc and the British gas company BG Group Plc, with a value of $81 billion.

Additionally, energy consumption is expected to increase by 34% from 2014 to 2035 in the Organization for Economic Co-operation and Development (OECD) countries, according to the BP Energy Outlook 2016 report. Additionally, according to PricewaterhouseCoopers (PwC), M&As in the energy sector are forecasted to be positive despite the anticipated deceleration in the growth of the four largest emerging markets (Brazil, Russia, China and South Africa) due to geopolitical risks. Besides, the report of the World Energy Outlook 2016 of the International Energy Agency predicts an increase in energy demand by 30% by 2040, and therefore more investments, amounting of $23 trillion, are expected.

When it comes to renewable energy, a forecast scenario under the Paris Climate Agreement plans to produce 60% of electricity from renewable energy sources by 2040. In addition, annual gas demand is anticipated to grow by 1.5%, while the United States (US) and the European Union (EU) demand from coal will decline in 2040 by 40% and 60%, respectively. Accordingly, the Paris Agreement sees the importance in increasing the use of renewable sources and to invest in more efficient production of energy from oil and gas with low carbon emissions. By doing so, it would be meaningful to conduct M&As in the field of renewable energy, as well as oil and gas.

The transformation in the world energy market represents the main reason behind the tendency to M&As. Therefore, implementing several M&A deals as a strategy to increase the competitiveness led to bolstering the number and value of such type of deals.

According to the revealed trends, the share of cross-border M&As is expected to surge in the future. Nevertheless, developed countries of Western Europe, North America, the Asia-Pacific region, the developing countries of Central and South America, and some African countries are expected to be the main regions of M&As growth.