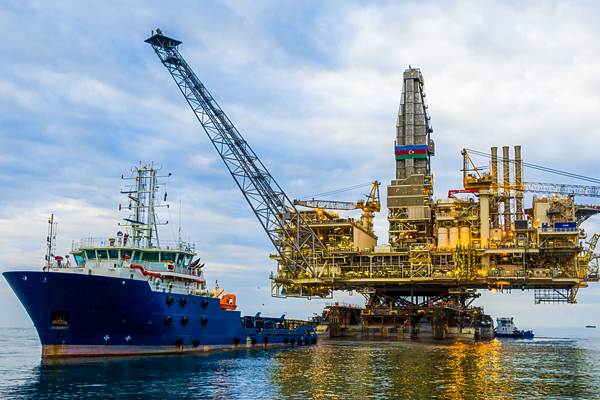 The importance of capitalizing on every asset in the oil and gas industry is fundamental. Therefore, oil and gas companies continuously aim at utilizing unused reserves, as well as ensuring that major assets are safe, well maintained, and efficiently operating. Drilling technologies have an integral role in enhancing efficiency, which drove the rising worldwide use of Managed Pressure Drilling (MPD) to drill challenging wells, taking into consideration reducing fluid losses and non-productive time (NPT).

MPD is an adaptive drilling process used to precisely control the annular pressure profile throughout the wellbore. The MPD objectives are to ascertain the downhole pressure environment limits and manage the annular hydraulic pressure profile accordingly, as defined by the International Association of Drilling Contractors (IADC).

Generally, MPD technology is often applied when conventional techniques are not effective, this helps in capitalizing on reserves, as well as ensuring the integrity and safety standards during the drilling process, by eliminating major risk factors.

“It is the intention of MPD to avoid a continuous influx of formation fluids to the surface. Any influx incidental to the operation will be safely contained using an appropriate process,” according to the IADC.

Meanwhile, a report by MarketsandMarkets notes that the use of MPD also helps reduce potential damage to the reservoir, improves the rate of penetration (ROP), detects loss situations early, and reduces the number of casing strings.

Applying MPD is growing in the market, with more companies realizing its efficiency and reliability benefits. MPD technology could take drilling to the next level, with precision and automated hydraulics management across the entire well construction process, thus helping operators drill challenging wells. “We see that once operators recognize that MPD is not only considered as a risk mitigation tool but also as a performance improvement tool, the adoption increases,” said Okasha, who stressed that Halliburton holds safety as a core value when working for all clients.

The drilling challenges faced by operators differ, depending on a number of factors, however, it is understood that MPD is proven to limit not only technical challenges but also financial risks, thus enhancing asset integrity and economic feasibility in drilling operations.

Nonetheless, the technology requires adequate front-end engineering to be completed prior to each major project to help find the best possible solution. The Country Manager, Testing and Subsea at Halliburton Egypt explained by saying, “MPD solutions range from a rotating control device (RCD) with a single choke, to continuous circulation technology, and highly automated multiple choke systems with advanced early kick detection and response and surface separation systems for handling produced formation fluids.”

“The value created by early collaboration with our customers, specific project designs and strong execution will help us deliver better-performing wells,” commented Colby Fuser, Halliburton Vice President for Egypt and Libya. “We remain focused on applying the right technologies and expertise to make a lasting impact on Egypt’s growing oil and gas market,” Fuser added.

Constant bottom hole pressure (CBHP) remains the most common form of MPD that customers ask for, but with different applications, according to Okasha, with recent studies showing the advantages of using continuous circulation along with CBHP in order to achieve success in some very challenging environments. “Ultimately, we see these two techniques being able to cover many of the applications worldwide,” he noted.

“PMCD is often part of a contingency plan, especially in offshore operations where a sacrificial fluid is readily available, provided the formation is capable of accepting the flow. These technologies have already brought value in the offshore Egyptian market and Halliburton has demonstrated similar success across the globe. The key is to work with subject matter experts to choose the most appropriate solution for each challenge, whether onshore or offshore,” Okasha further explained.

Meanwhile, Ahmed Samy, an Associate Technical Professional at BGS Energy Services (BGSES) told Egypt Oil & Gas that Modern MPD solutions reduce the associated risk to the drilling process when compared to conventional drilling techniques, especially when it comes to asset integrity. MPD provides a cost-saving alternative as a technique and helps to drill undrillable wells by eliminating the associated risk of the drilling process.

“PMCD is one of the oldest MPD techniques and for sure, the most applied in Egypt due to the presence of fractured formations. Old and conventional MPD techniques faced many challenges, especially in the Gulf of Suez. However, the BGS/Stasis CBHP technique with a cutting-edge rotating control device (RCD) and its advanced quad monitored seal mechanism provides an efficient, time-saving, and safer alternative. This ensures predictability of uncontrolled events, such as blowouts, which assures zero NPT, setting the safety and integrity of assets at an unequaled level,” Samy noted.

There are necessary procedures of rig condition verification and risk inspection to help ensure that drilling equipment is well maintained during operations.

“This process includes yearly certifications, pipe inspections, mobilization checklists, maintenance intervals, operational processes, and many others. We use our established process and work with the rig providers to promote a safe and effective MPD solution,” said Okasha, referring to the Halliburton Management System (HMS) process for MPD operations.

“A critical function for every backpressure, MPD system is a fingerprinting exercise and pressure test of the system. When we put the well on a closed-loop system, we can strive to contain and maintain pressure applied to the wellbore. With a continual real-time system running, we are able to digitally monitor the integrity of the system including the rotating control device, to help keep operations safe,” Okasha pointed out. He also explained that a closed-loop system supports dynamic flow monitoring from high accuracy Coriolis flow meters and significantly improved well control versus conventional operations, where influx or loss detection is primarily related to tank volume monitoring or changes in flow pad reading. It also helps prevent wellbore stability challenges.

It is worth mentioning that CBHP is not new to the Egyptian market, as shown by a Cairo University research paper entitled ‘A Successful Application of MPD With CBHP Technique in Temsah Field – A Case History,’ presented by Abdallah Farahat et al. The paper discussed MPD as a technology and presented a successful case of applying CBHP in Egypt in the Temsah Gas Field through a comparison highlighting the difference in time and cost when the technique was applied, using Eni’s patented circulating device (e-cd).

“The e-cd™ system decreased the number of the casings and hence, the operations time. The neglected 11-3/4″ liner and its cement job cost $401,244 in TEMSAH 4-10 and $446,075 in TEMSAH 4-11. The conventional wells face loss problems, especially while landing the casing and [during] the cement job, which indicates a bad hole condition. Using the e-cd system dropped the 11-3/4″ liner and its cement, which cost an average of $420,000. It saved an average of eight days of operations, and an average of $639,609 of the phase cost. It also reduced losses with around 605-barrel loss of mud while running the casing, and 473-barrel loss while performing the cement job. The cost of the e-cd™ system totaled 463,191, accounting for 6.4% of the phase cost,” the paper concluded.

North America is considered the dominant market in applying MPD, with a large number of deep-water offshore wells, especially in the Gulf of Mexico. “Growing sub-sea construction activities is a major factor expected to create high revenue potential opportunities for existing as well as new players in the global market,” MarketsandMarkets indicated in its 2016 report. The research firm previously estimated MPD services market to grow at a compound annual growth rate (CAGR) of 3.8% between 2016 and 2021, exceeding $4.6 billion.

Egypt is one of the ten countries with the largest remaining natural gas ultra-deepwater reserves, according to an analysis by GlobalData. Consequently, MPD could play a bigger role in exploration and production (E&P) activities in the coming period, especially in the Mediterranean and the Red Sea, where 10 exploration blocks were announced last March in a bid round by the South Valley Egyptian Petroleum Holding Company (Ganope). This could evidently allow for better utilization of reservoirs, achieving higher returns, and increasing technical capacities and capabilities.