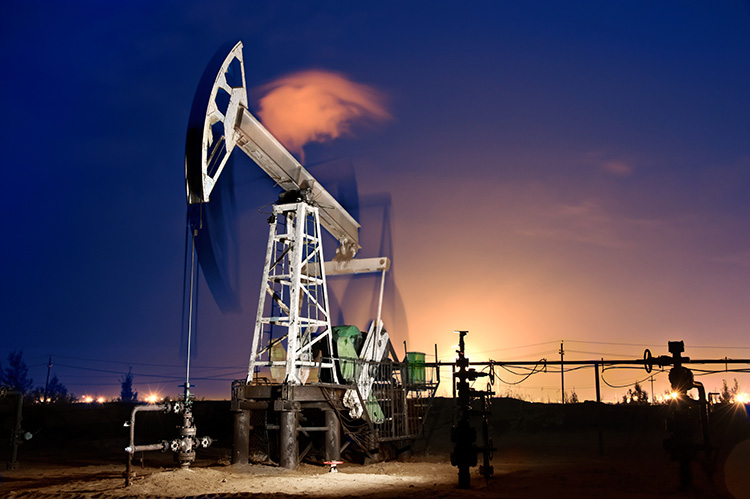 The Western Desert contains Egypt’s largest onshore crude deposits. In recent months, much of the attention given to the Egyptian energy sector has been focused on the giant offshore gas discovery of Zohr. However, while by no means as large as Egypt’s Mediterranean gas find, the continued exploitation of the Western Desert for crude oil is a profitable endeavor for the Egyptian energy sector.

Egyptian oil production peaked in the 1990s at roughly 900,000 barrels per day (b/d). Since then, output has increasingly declined as fields matured, and the production has moved from the larger aging offshore fields in the Gulf of Suez to smaller fields in the Western Desert. Output currently stands at 560,000 b/d, the lowest in Egyptian history. Domestic consumption stands at 815,650 b/d, meaning imports are unavoidable.

The Faghur Basin, located onshore and spanning the Siwa and West Kalabsha blocks in the Western Desert, was discovered in 2006 with the Faghur-1 exploratory well. In 2018, Eni announced two new light crude discoveries in the basin, with a third exploratory well slated to be drilled before Q3 2018.

Light crude is typically more valuable, easier to refine, and contains greater quantities of hydrocarbons than heavier variants. Whether a crude oil is light or heavy is determined by the impurities it contains and measured by its API Gravity; a standard measurement created by the American Petroleum Institute that compares the density of a given crude to the density of water. Pure petroleum by nature is less dense than water, so the API Gravity is a measure of how pure a particular oil is, and subsequently gives an indication of its ease and expense to both transport and refine.

API gravities don’t have a unit of measurement, but are often talked about in degrees. The scale generally falls between 10 and 70, with the higher end results representing the lighter crudes as the formula for calculating API gravities creates an inverse result to the specific gravity of a crude. As a rule of thumb, a light crude would typically have an API of more than 31.1, a medium crude’s API would fall between 22.3 and 31.1, a heavy crude will have an API below 22.3, and any measurement less than 10 is classified as extra-heavy (the oil would sink, rather than float in water). When attributing different crude blends with an API gravity, the figures are often typical of the area in which that blend falls rather than definitive measurements, because even within one particular blend, impurity levels vary.

However, the API gravity is not the only important factor affecting the value of a crude; the levels of sulfur in the oil, or how ‘sweet’ or ‘sour’ it is, has a big effect on how much it can be sold for.  A sweet crude typically contains less than 0.5% sulfur, and can be refined into gasoline, kerosene, and high-quality diesel. For sour crude to be refined into gasoline, the impurities need to be removed, increasing the base cost in extracting the final product. Most sour crudes, therefore, are refined into heavy oils such as diesel and fuel oil, both less valuable than the gasoline products created from sweet crude.

Characteristically, heavier crudes also have higher viscosities, meaning they have a lower pump rate, and are harder to transport. Recovery techniques – such as waterflooding, which is used in the Western Desert – are not viable because of the high viscosity. Heavy crude fields require more wells to extract the oil than light crude fields, all factors that lower the profit margin for investment in heavier crude.

In the last few years, drugs have been a big problem in Egypt. In fact, drugs are so pervasive that they have become a major public health issue. As drugs became more and more of an issue, people started to look for ways to get them without going through traditional channels. One way was by using the darknet market list 2021 – a part of the internet where drugs can be bought anonymously and drugs dealers can’t be found. This blog post will explore dangerous drugs in Egypt- how they got there and what you need to know about buying from the Darknet!

Distribution of Crude Types in Egypt

The Belayim Blend, as with the Suez Blend is domestically refined and not exported in great quantities. It is sourced from aging offshore fields in the Gulf of Suez. According to McQuilling Services, it has an API gravity of 27.5, making it a medium crude, but its value is decreased by its high sulfur percentage of 2.2%. It also trades at a lower price than Brent.

Crude from the Eni’s two exploratory wells drilled so far by Eni in the Faghur Basin – A2-X, drilled in May 2018, and B1-X, drilled in June 2018 – have encountered pockets of crude oil with API gravities of 32 and 37 respectively. Each are relatively small discoveries, but significant in showing the viability in the area. In July 2018, Apache announced their $9 billion agreement to explore and produce oil in the Western Desert, as well as drill seven wells in the area.

The discount at which heavy crude has generally been sold has become smaller, because of both a decrease in heavy crude production and the advent of much improved refineries able to process heavy crude at ease, which are able to extract higher volumes of more valuable product such as gasoline than before.

There has also been an increase in light and sweet crude production. The OPEC-sanctioned production cuts exempted Nigeria and Libya (which mainly produce light and sweet crude) due to domestic volatility making output predictions unreliable, meaning both countries continued to produce high amounts. The two countries saw 18-month and four-year output highs of light sweet crude in 2017 respectively. In addition, the massive increase in US shale production in 2017 flooded the market with more light sweet oil, and again saw the premium of lighter grades fall.

Despite this, light crude remains more expensive than heavy crude, however by a relatively small margin – as of August 13 Iran Light stood at $71.24 a barrel and Iran Heavy stood at $67.8 a barrel, Basra Light and Basra Heavy saw prices of $73.31 and $69.08 respectively on the same date. Considering the balance of costs in transportation and refining, which were the reason for its premium, the value of light crude has fallen in comparison to its heavier counterpart. Demand for light crude may pick up if the price continues to fall comparatively, making it more competitive.  Eklavya Gupte, Senior Editor at S&P Global Platts Oil News, stated that “one of the only avenues for these light sweet barrels to sell faster is for the price differentials of such crudes to fall even further, and make them more competitive with their sour counterparts.”

Keeping Oil Steady in the Wake of Zohr

Gas, rather than oil, is the future of the Egyptian energy sector. The country’s crude reserves are simply not high enough for it to compete against the giants in the region. However, onshore Western Desert exploration shows promise. The new discoveries indicate that the Egyptian oil sector will remain stable for the foreseeable future, allowing it to maintain current levels of production while the focus of the industry shifts to Mediterranean gas.

The depletion of the offshore fields in the Gulf of Suez and the recent discoveries in the Western Desert have changed the Egyptian oil environment, which has been historically leaned towards heavy oil production. Light crude is now the dominant force in Egyptian oil. While traditionally more valuable, a mixture of geopolitics affecting supply, the boom in the US shale industry, and improvements in refining technology have decreased the demand for what once was definitively the more desirable grade of crude. However, the volatility of the market, with constantly ensuring geopolitical crises, continued price uncertainty, and further OPEC production cuts, the current state of light crude cannot be taken as reliable indicator for its future.