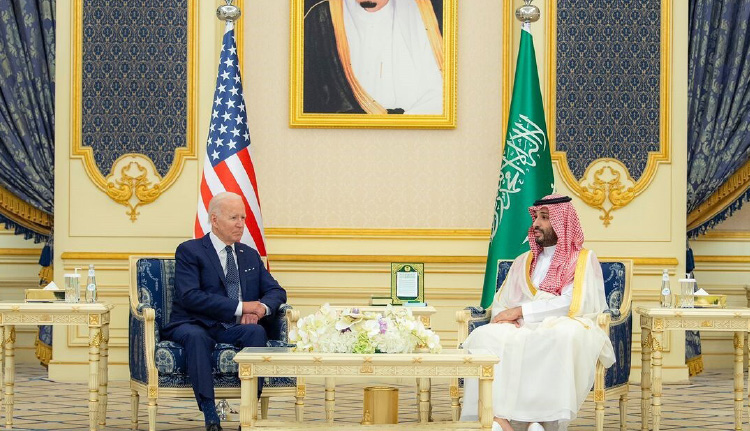 According to the White House, United State President Joe Biden’s visit to the Middle East in mid-July was intended to reassure regional allies of continued engagement, affirming the US enduring commitment to the security and territorial defense of its partners, and recognizing the region’s increasingly important role as a trade and technology crossroads between hemispheres.

However, the visit was seen by many commentators as a chance to correct the fatal mistake of the US to withdraw from this strategic region. It’s also an attempt to stave off the Russian and Chinese influence there and to provide more security guarantees to Israel.

It was also difficult not to think of the visit as a chance to convince Gulf oil-producing countries to ramp up production to bring the oil prices down. However, the vague summit communique has poured cold water on many of the US hopes, generating a torrent of criticism against the president’s moves that left everyone disappointed.

The US president began his Middle East tour with a stop in Israel, where he attested to the “bone-deep bond” between the US and Israel, reaffirming the unshakeable commitment to Israel’s security, including partnering with Israel on the most cutting-edge defense systems in the world.

Biden, at the same time, reiterated the long-standing US policy supporting a two-state solution for Israel and the Palestinian people. However, he publicly stated that “the ground is not ripe at this moment to restart negotiations,” and that his support for a vision of a two-state solution is not one that is realizable “in the near term.” Biden’s statements left little doubt that his administration will not be seeking or promoting any real Israeli-Palestinian diplomatic progress.

Addressing the Iranian threat, there was a clear split between Israel and the US over the way to deal with the Iranian nuclear ambition. During the visit, Israel’s caretaker prime minister, Yair Lapid, pushed President Biden to go beyond his public pledge to prevent Iran from acquiring nuclear weapons. Israel has carried out a series of covert sabotage and assassination operations to slow Iran’s ability to enrich nuclear fuel. However, Biden has insisted that diplomacy, and a restoration of the 2015 Iran nuclear agreement, are the best way to find a permanent solution.

During the second leg of his Middle East tour, which took him to Saudi Arabia, Biden vowed to remain engaged in the region and to help the countries there to resist the pressures of influence from Iran, Russia, and China. “Let me say clearly that the United States is going to remain an actively engaged partner in the Middle East,” Biden said at the Gulf Cooperation Council (GCC) meeting in Jeddah.

“We will not walk away and leave a vacuum to be filled by China, Russia, or Iran,” Biden added, noting that the US wants to help step up protection of international shipping in the Middle East, seen as a clear reference to Iran. “The United States will not allow foreign or regional powers to jeopardize freedom of navigation through the Middle East,” he said.

However, several analysts indicated that Biden has missed one of his important goals during his journey, which is bolstering an alliance that brings Israel and Arab countries together against the Iranian threat.

Biden’s visit came just weeks after Israel said that it was working with regional partners on an air defense alliance that is led by the US. Israel’s Defense Minister Benny Gantz told the Knesset, Israel’s parliament, that he hopes the program will “take another step forward” during Biden’s trip to the region.

However, the Saudi FM, Prince Faisal bin Farhan Al-Saud, said that no type of military or technical cooperation with Israel was raised or discussed and that there is no such thing as an “Arab NATO,” reiterating that there was no discussion of a “defensive alliance” with Israel. Furthermore, he said that the Joint Arab Action system has reached a stage of “maturity”, adding, “We know what we want and we know how to achieve it… We do not wait for anyone to fulfill our needs.”

Biden’s visit to Saudi Arabia was haunted by Biden’s promise three years ago to make Saudi Arabia a pariah state for the murder of a prominent dissident. The US president opted to greet Crown Prince Mohammed bin Salman with a fist bump reportedly to avoid a handshake. The president’s remarks against the Kingdom’s human rights record cast a shadow over US-Saudi relations and hindered Biden’s efforts to convince Saudis to pump more oil into markets since the beginning of the

Biden’s trip came at a time he struggles to bring down gasoline prices at home that have contributed to a dip in his approval ratings. Oil was expected to top the agenda of his Middle East talks as Washington is eager for Saudi Arabia and the United Arab Emirates, which holds most of the spare capacity within the Organization of the Petroleum Exporting Countries (OPEC), to pump more oil to reduce gasoline costs.

However, the Saudi Crown Prince insisted that there’s no guarantee the increase in oil production beyond current levels will happen and that his country was almost tapped off and could not produce more than 13 million additional barrels per day. Saudi Minister of State for Foreign Affairs Adel al-Jubeir, meanwhile, indicated that Saudis have no intention of breaking their OPEC+ arrangement with Russia, in which the parties agreed to slowly restore their monthly collective production at the rate of only 400,000 more barrels a day.

A telephone call between Saudi Crown Prince and Russian President Vladimir Putin, 6 days after Biden’s visit, underlined the importance of further cooperation within the OPEC+ group of oil producers and highlighted the kingdom’s desire to keep Russia on board to increase leverage in the oil market.

Meanwhile, several experts doubted the current ability of the OPEC to increase production in a way that can stabilize markets. The OPEC+ group — which brings together the cartel’s full membership and several other major producers, most notably Russia — has been behind in production quotas since late last year. There is no indication that the group is closing the gap. OPEC data shows global demand at 100.3 million barrels of oil per day (mmbopd), while world production is 94.5 mmbopd, of which OPEC generates 28.5 mmbopd, leaving a deficit of approximately 6%.

While some cartel members have the potential to boost production with the current infrastructure, their abilities can be hindered by deficient asset integrity and maintenance, political and security issues, and a lack of capital investment.

Still, many experts see one of the most important goals of Biden’s tour was to reaffirm Washington’s leadership role and commitment to the region. However, failing to achieve any diplomatic breakthrough left everyone dispirited. 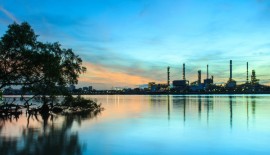 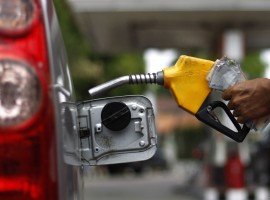