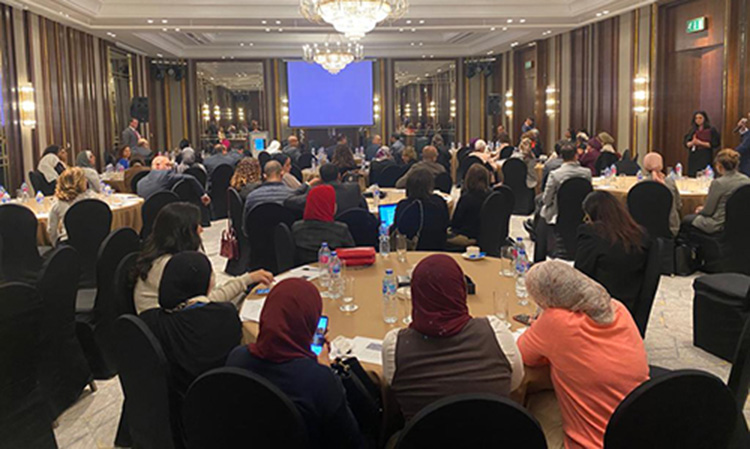 Halliburton held a Women Sharing Excellence (WSE) event under the high patronage of H.E. Tarek El Molla, Minister of Petroleum and Mineral Resources, celebrating Women’s International Day on March 8 at the JW Mariott Hotel in Cairo, as Halliburton continues to build on its strong, diversified and inclusive culture.

“This is not just about celebrating what has happened in the past; we want to talk about how this changes the future,” Halliburton Vice President of Egypt and Libya Colby Fuser said in his opening remarks. Fuser further took the opportunity to shed light on Halliburton’s programs that give employees a voice. One of the programs that stood out was WSE.

The CEO Assistant for HSE at EGPC, Gamal Fathy, expressed his gratitude for being invited to the event saying, “I want to respect the spirit of women in driving a better HSE culture in our society.” He further acknowledged the need for the petroleum sector to change and upgrade the health, safety, and environment (HSE) culture in society, stressing that women have an integral role in developing the HSE culture. Fathy concluded his speech by emphasizing the importance of the nine lifesaving rules which are essential in the HSE culture.

Injy Farid, Owner and VP, Egypt and Libya at Hotshot, shared her career path with the audience; starting from being the only female in a male-dominated workplace to leading her own business. She spoke of the challenges she faced along the way, as well as how she overcame them, advising the attendees to be confident, trust themselves, respect their time, and listen carefully. She also asked men to “never ever underestimate us, [but] be helpful and fair and listen to us. We are calling for gender parity.”

Speaking of the importance of gender diversity in the workplace, El Kholy said that the same issues arise throughout the world, however with the right mentoring programs she came to feel that she is on an equal footing with her male coworkers. Shelbaya, on the other hand, stressed the importance of remarkable men who advocate for women. “Diversity of thought makes us more resilient once we acknowledge that difference is power. We see the same challenges across the world, sadly some inhibitions come from the women themselves,” she added. On that note, Khalifa argued that globally, there is a strong agenda towards empowering women. However, it is a journey and it takes time.

The five ladies wrapped up the panel with their advice on how leaders can bridge gaps. Khalifa suggested that women should always stick together, regardless of their positions. This sentiment was echoed by Salah Eldin, who said that in order to build a strong team, leaders should leave the chance to their subordinates. Nihal, on the other hand, stated that companies must change  mindsets to bridge the gap. Likewise, Nihad and Sarah emphasized that leadership involves two-way communication: both giving and receiving support.

As an honorable guest speaker, Mona Makram Ebeid, Egyptian Senator and Former Member of Parliament, then delivered a powerful speech, sharing her accomplishments and stating how she feels absolutely delighted and privileged to be given the opportunity to share some thoughts on the importance of empowering women.

“Women remain dramatically underrepresented in high-level jobs. That is why I felt particularly elated that Halliburton has strong gender policies and supports gender equality in a male-dominated sector, which is the petroleum industry,” Ebeid said. Ebeid ended her speech with a message for  ambitious young professional women, which is persistence. “Do not take no for an answer. Continue to fight, with a smile,” she concluded.

Eng. Abed Ezz El Regal, CEO of the Egyptian General Petroleum Company (EGPC), ended the day by thanking all the women whose work speaks on their behalf. He recognized the efforts of the qualified candidates whom he ensured will take up leadership positions in the future and gave out certificates of appreciation to the day’s speakers.

Fuser concluded by thanking the attendees from the 25 companies and institutions who attended the event. He shared that WSE Egypt is the first chapter of its kind in the Middle East, which is a significant step towards diversity and inclusion in the region. “Its members are working hard to make a difference, with leadership, networking, as well as corporate sustainability events aimed at increasing women’s representation and development in the oil and gas sector in Egypt,” he said. Fuser also noted, “Our work to promote gender equality demonstrates our alignment with the ministry’s focus on female representation in the sector and commitment to developing future leaders from all areas. A diverse workforce strengthens our core values of creativity and collaboration and helps set us on the right path for the next century.” 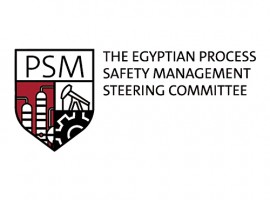