Egypt’s Petrochemical Renaissance on The Horizon 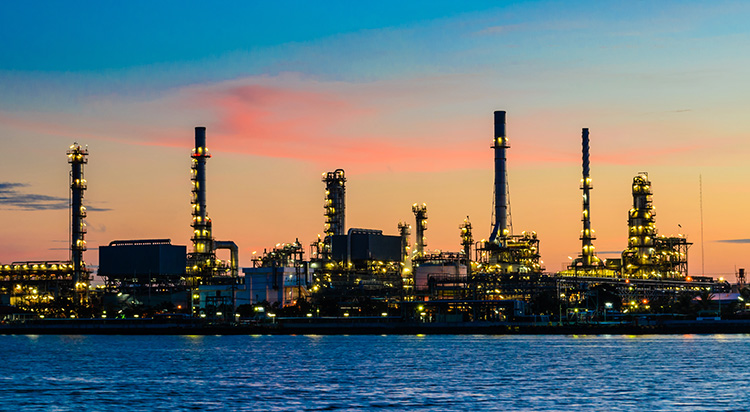 As Egypt is becoming a regional energy hub, the petroleum sector also aims at increasing the added-value in natural gas and oil projects, as evident by the boom in the Egyptian petrochemical industry with many projects underway as part of the National Petrochemical Plan (2002-2022).

The petrochemical sector accounts for about 12% of Egypt’s total industrial production and contributes 3% of Egypt’s Gross Domestic Product (GDP), according to the General Authority for Investment and Free Zones (GAFI).

Carbon Holdings, a privately owned downstream company, signed a contract with Suez Canal Authority on June 30, 2018 to establish the Tahrir Petrochemical Complex with an investment of $ 10.9 billion (EGP 200 billion), which will be funded by 16 European and American banks.

The project is located in Ain Sokhna in the Suez Governorate, and it has been labeled by industry experts as the largest petrochemical project in the Middle East.

Furthermore, Carbon Holdings plans to construct within its landmark project, Tahrir Petrochemicals Corporation (TPC), the first naphtha cracker in Egypt that will be processing around 1.35 million tons per year of ethylene, which will be converted into 1.35 million tons per year of (HDPE) and (LLDPE). Expected exports from the complex are estimated at about $8 billion per year.

The Ministry of Petroleum and Mineral Resources plans to build a petrochemicals complex in the New Alamein City. A land lot that spans across 7.7 million square meters has been reportedly dedicated to the project, which is expected to have investments of around $8.5 billion.

The head of the Egyptian Petrochemicals Holding Company (ECHEM), Saad Helal, previously told the press that the new project will produce around 1.5 million tons or petrochemical products per year, as well as 1.9 million tons of petroleum products.

According to the ministry’s latest data, four new petrochemical projects are under construction, with total investments of about $1.5 billion. One of these projects is the methanol derivatives production plant in the Damietta Port.

The project will be built by the Suez Petroleum Services Company (SUPSC) on a land owned by ECHEM, the construction of which began last March with investments estimated $60 million. This project serves the industries of fertilizers, ready-made concrete, and adhesives.

SUPSC previously signed a memorandum of understanding with the Arab Petroleum Investments Corporation (Apicorp) to finance the establishment of the methanol derivatives project.

Another project under construction is the industrial rubber (polybutadiene) plant in Alexandria’s Egyptian Ethylene and Derivatives Company (ETHYDCO) petrochemicals complex. It is expected to cost around $100 million have a production capacity of 36,000 tons. The final product of this project will cater to the needs of 13 industries, including tires, conveyors, and construction industries.

Another two projects are the expansion of the Sidi Kerir Petrochemicals Company and the wood panel production project (Medium-density fiberboard MDF) in Kafr El Sheikh, which spans on an area of 150 acres with investments of $85 million.

In efforts to boost its production of polyethylene, Sidi Kerir Petrochemicals Company (SIDPEC) is expanding the Sidi Kerir Petrochemicals Complex in Alexandria by adding two new factories. Investment for the project is expected to reach $1.2 billion. Production capacity is estimated at 500,000 tons of propylene and 450,000 tons of polypropylene. According to sources at the company, the needed land for the new buildings has been acquired from the nearby Alex Fiber Company.

State-owned Alexandria National Refining and Petrochemicals Company (ANRPC) is the responsible entity for the implementation of the Ammonia Production Project. Estimated investment for this project is $175 million to produce about 160 thousand tons per year of ammonia as a first stage.

The project’s second phase will focus on the production of ammonia sulfate fertilizer, with investments worth EGP 37 million pounds ($1.2 million dollars plus EGP 5.5 million pounds).

Damietta and Alexandria on the Map

In 2016, Damietta and Alexandria’s petrochemical complexes witnessed several projects, led by the expansion of Misr fertilizers production Company (MOPCO) in Damietta. Meanwhile, Alexandria saw the expansion of ETHYDCO complex for the production of ethylene and its derivatives with a total investment of about $4 billion.

The Egyptian refining company ERC project for refining in the area of Mostorod, which will start operating in 2020, aims to secure the needs of the local market of petroleum products, as it will produce about four million of petroleum products annually. The investment cost of this project is about $4.3 billion.

That the project is held jointly by the State represented by the Egyptian General   Corporation EGPC by 31% and the private sector by 69%, and foreign investment is estimated at 87% of the cost.

Moreover, two refining projects in Assuit are being established, they are considered the biggest of their kind in Upper Egypt, with a total investment of $2.3 billion including Assuit Oil Refining Company (ASORC) Project of high octane gasoline production complex, with investments of $450 million and a production capacity of about 660,000 tons per year.

Sources of funding for this project are distributed among self-financing and financing from national banks and foreign financing institutions. The other project is the production complex of gasoline, diesel and butane of Assuit National Oil Processing Company (ANOPC) with investments of $1.9 billion.