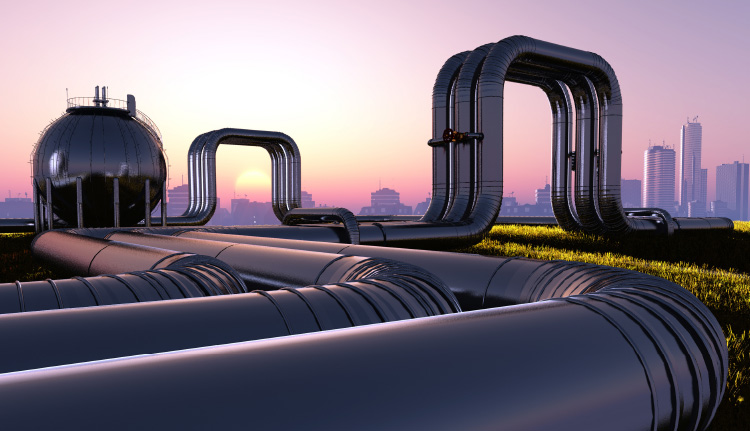 Egypt is well-positioned to profit from the present energy crisis in Europe, given its increased natural gas finds, production, and LNG exports. From one perspective, Egypt might soon get to be a major energy exporter to the EU if it is able to considerably alleviate the European problem by selling LNG in large quantities to the EU. However, some experts feel that becoming a major LNG supplier to the EU is a long-term goal that will be determined by other variables rather than relieving the present situation. Thus, it is suggested that Egypt should embrace a simple strategy, maximising earnings from LNG exports to Europe, because the EU is already purchasing natural gas at higher spot rates.

To begin with, it is crucial to be able to understand the weight that the current conflict between Russia and Ukraine has on the Egyptian natural gas market and its role as a regional gas hub. First of all, it should be noted that Russia is among the globe’s biggest natural gas suppliers. Russia generated 638.5 billion cubic metres (bcm) of natural gas in 2020, trailing only the United States’ yearly output of 915 bcm. Europe has discovered a suitable ally in Russia to supply its energy-hungry domestic economy due to the two areas’ vicinity. The EU gas market is dominated by Russia, which supplies around 38% of the overall supply.

It is important to note that a relatively significant portion of Europe’s gas comes from Russia. The United States has already imposed an embargo on Russian gas imports, while the European Union has stated that it will switch to alternate suppliers and grow renewable energy more quickly to make up for the shortage. Egypt has been attempting to establish itself as an energy centre, leveraging large gas discoveries in latest years as well as massive gas reserves in the Eastern Mediterranean region. This opportunity has presented itself to be Egypt’s chance to take centre stage.

Egyptian gas fields and liquefaction plants were generating natural gas and LNG at record rates, according to Egyptian officials in June 2021. Egypt might potentially achieve instantaneous maximum profits because it is mostly reliant on selling its LNG supplies on the spot market at spot prices that stay quite high as compared to futures and mean pricing. Egypt, on the other hand, is unlikely to profit by willing to try to resolve this issue to the point where it prompts the EU to add Egypt to its list of major critical gas suppliers.

Owing to the absence of gas pipelines connecting Egypt to the EU, its exports can only be in the form of LNG, which certain European nations may not be able to handle given the lack of infrastructure. As a matter of fact, piped natural gas (PNG) imports are highly reliant on these nations, which include Germany, the Netherlands, Italy, and Belgium. With that, a reliance on PNG imports brings up the question of whether such nations have the infrastructure to transition to LNG for heating systems, factory operations, energy generation, automobile fuelling, and other uses.

Making the Most of the Situation

The European gas crisis may provide Egypt with long-term strategic benefits. The present shortfalls may lower Europe’s reliance on potentially disturbed PNG supply. For numerous reasons, the EU has devised a plan to increase its reliance on LNG at the expense of PNG. The capacity to store a large stash of LNG, as opposed to the complexity of doing that with PNG, and enabling the EU’s exposure to new natural gas markets without becoming connected to those markets through pipelines, that could assist the EU to diversify its natural gas trade sources and reduce its dependence on piped Russian fuel supplies is absolutely crucial.

Despite this, it should be taken into consideration that, in the long haul, the issue may cause a big change in EU gas imports from PNG to LNG, allowing Egypt to become one of the continent’s top suppliers. This is dependent on Egyptian authorities’ ability to boost output, sign more derivative contracts, and implement more creative, efficient, and new programs to maximize the value of its energy excess, such as shipping excess electrical energy production to the EU. Also, the growth of LNG imports at the cost of PNG, or increasing European readiness to purchase LNG, weren’t the only variables that will decide how much Egypt benefits from expanded gas exports. Egypt directly competes for LNG exports from Qatar and Oman, and also Russia, Norway, and Algeria; the EU’s conventional natural gas producers. As suggested by an Energy & Economic Expert, “[Egypt] is trying its best to try to show the world that even in the tough times, the Egyptian oil and gas industry can be a solution to our surrounding countries and this will help Egypt’s plan to be a gas hub now and in the future as well.”

As a result, the Egyptian natural gas market’s capacity to assist relieve the crisis and so gain in terms of enhancing its position in Europe as an LNG exporter seeking larger profit margins appears to be a potentially realistic and practical choice. Based on the aforementioned elements, Egypt’s ability to gain from the crisis in the short and long term is dependent on Europe’s dependency on neighboring African nations that influence the overall economic and political climate. 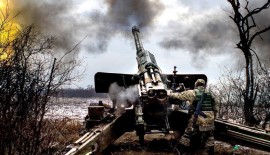 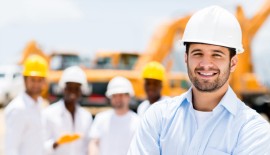 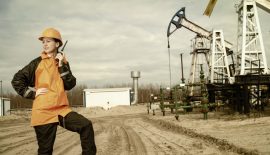 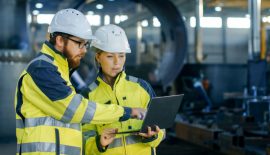