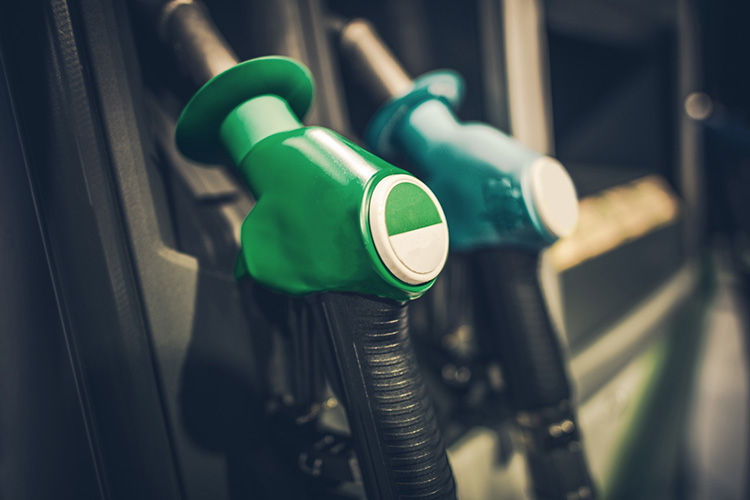 The latest data issued by the Natural Gas Vehicles (NGV) Global website showed that the number of vehicles running on natural gas in Africa reached nearly 295,000 vehicles in 2019. In North America the number jumped to 224,500 while Europe surpassed expectations by reaching nearly two million cars.

This growing appetite for natural gas can be explained by the new big discoveries and the relatively low costs of using it besides its environmental advantage.

Egypt witnessed new discoveries of natural gas over the past few years, which enable it to become one of the leading countries in producing natural gas (thanks to Zohr field). This discovery allowed Egypt to achieve self-sufficiency of natural gas and put Egypt on track to become a regional hub for  natural gas trading.

These achievements enabled the Egyptian government to expand natural gas usage especially in the transportation sector. However, the idea of converting vehicles to run on natural gas is not new for Egypt, as it was on the table since 2009.

However, the new strategy of the Egyptian Government aims to link the licensing of vehicles to the conversion of vehicles to run on a dual-fuel system.

President Abdel Fattah Al Sisi announced, in June 2020, an ambitious and unprecedented initiative to replace the obsolete vehicles and convert them to run on natural gas instead of gasoline and diesel. He explained that this strategy will help in alleviating the burden on citizens through reducing the costs of fuel  by nearly 50% for them.

Al Sisi also insisted on speeding up the procedures and plans of establishing the needed infrastructure to cope up with the targeted number of vehicles. He even gave instructions to the Ministry of Finance to provide facilitated loans with small interests to help implementing the ambitious initiative.

The Minister of Trade and Industry, Neveen Gamea, elaborated that the initiative is even targeting microbuses and taxis.

She noted that the Ministry of Commerce and Industry had agreed with the Ministry of Petroleum and Mineral Resources (MoP) that the conversion process cost should range between EGP 8,000 to EGP 12,000 per car which will be done through Cargas and Gastec companies.

Gamea pointed that the government has allocated EGP 1.2 billion to convert 147,000 cars to run on natural gas in three years, noting that they contacted the Central Bank of Egypt, number of banks and Micro, Small and Medium Enterprises (MSME) to place a unified conditions and incentives for car conversion loans. She added that they are also in discussions with the Ministry of Finance to put a mechanism for scrapping old cars and those which run on diesel.

Strategy’s Reflection on the Economic Situation

The Minister of Finance, Mohamed Maait, stated that this will achieve high benefits for Egypt by reducing the amount of imported diesel and gasoline, which costs EGP 150 billion per year. It will also activate the industry and provide job opportunities.

Mohamed Hanafy, Director of Oil and Gas at Arab Engineering and Distribution Company, said to EOG that he advocates this initiative which” achieves a win-win situation from all sides “including its economic benefits in addition of being a “more environmentally friendly fuel with a smaller carbon footprint on our environment”.

For his part, Mohamed Ahmed Ashour, Senior Economist at Ministry of Finance stated that “this will lead to a more balanced petroleum trade balance and less pressure on the Net International Reserves”

However, both of experts saw that there is a possible challenge while implementing this strategy represented in  the urgent need of  infrastructure expansion.

MoP Efforts to Facilitate the Process

The Minister of Petroleum and Mineral Resources, Tarek El Molla, announced that the total number of converted vehicles reached 320,000 cars since the start of the ministerial program for conversion. He elaborated that despite coronavirus pandemic outbreak, the number of cars that were converted  in  fiscal year (FY) 2019/2020 reached 42,000 cars, an increase of 25% in comparison with the previous year.

According to the Ministry’s program, it is planned to expand establishing gas stations as several agreements were signed with operator companies for gas stations.

El Molla said that his ministry is participating in the national initiative to put strategy for settling cars industrialization in Egypt and achieving the highest exploitation of state’s resources.

For gas stations’ operator companies, Abdel Fattah Farahat, the Head of Gastec company, said that his company is providing facilities to the clients in paying conversion fees through several payment programs. He noted that the conversion process done under highest standards of safety.

Hanafy said that “this decision is expected to have a significant positive impact on the Egyptian Market in general. After the transition phase, transportation will become a more standardized and stable sector with a consistent local supply, guaranteeing continuity and sustainability.”

Regarding the situation of gasoline and diesel usage and fuel stations operation, Hanafy said that they will continue being used for private cars, so the demand will continue but it depends on the number of private vehicles.

Ashour agreed with that opinion, explaining that the future of fuel stations will depend on the scale of the implementation, whether it will be implemented only on the transportation vehicles or will involve private cars as well. The transportation fares will be cheaper as long as the price of natural gas is cheaper than gasoline and diesel.