EGYPS 2022: Pushing for Gender Equality in the Energy Sector 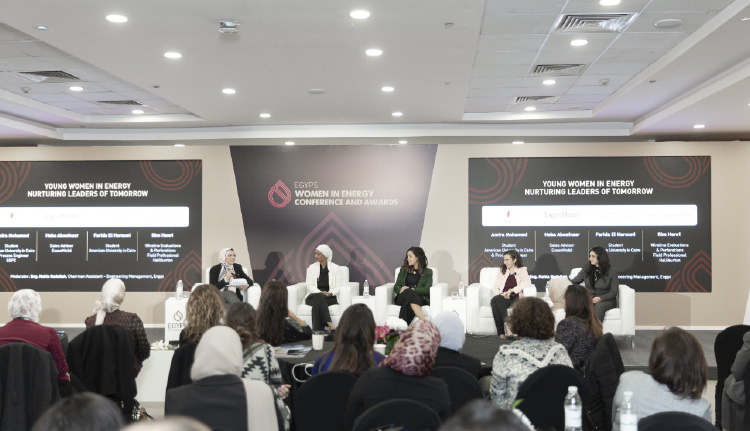 Aligning with the Egyptian Ministry of Petroleum and Mineral Resources’ gender parity objectives, EGYPS 2022 unveiled the Equality in Energy Conference on February 16th, gathering global leaders to tackle the question of what needs to be done to close the gender gap within the sector.

Summers referred to inequality in the workplace, highlighting the importance of having role models to encourage women to pursue their career paths. “There remain great inequalities in our industry, and the gender gap is just one of those that are obvious,” Summers said, adding that “some people are unable to fulfill their full potential because of that inequality. So, we all have a responsibility to ourselves, and to others to create that opportunity and to create the environment that enables being able to grow and flourish.”

Iman Hill, Executive Director of the International Association of Oil and Gas Producers (IOGP) moderated a panel on equality in boardrooms, and the importance of diversifying boardroom members. “Diversity whether it is gender, ethnicity, background, etc., leads to much better solutions and decision-making, which has an impact on the bottom line,” Hill said.

At the beginning, Elsheikh and Ramnath talked about the barriers facing women across their journey. El Sheikh highlighted that social paradigms are a huge barrier facing women in their careers.

Ramnath agreed, adding “one of my big barriers was confidence”, pointing out that confidence could hinder women as they believe they cannot achieve the same as men.

Larkin stated the importance of having a diverse board, shedding light on the necessity of ensuring that boardroom members, whether men or women, are “ready for it.”

Following the panel, Enas Shabana, Communication Section Head at the Ministry of Petroleum and Mineral Resources, had a fireside chat with Princess Moradeun Ogunlana, UN Ambassador of Peace and Culture, and Founder of African Women’s Health Project International (AWHPI) Global Foundation. The chat revolved around where gender mainstreaming stands when it comes to global equality.

“The power of women can never be underestimated,” Princess Ogunlana said, highlighting women’s multitasking and managing skills, and asking for equal opportunity and “equal pay rate for equal work.”

Shifting from Empowerment to Equality

The second panel of the Equality in Energy Conference, which was moderated by Eric Oechslin, Country Director of International Labor Organization (ILO), tackled the significance of shifting from empowerment to equality and inclusive diversity in the energy industry.

The panel titled “Empowering Women Economic Participation Through Receptive Policies” included a host of accomplished women leaders, including Microsoft Country General Manager Mirna Arif, UN Women Country Head for Egypt Christine Arab, the World Bank’s Country Director for Egypt, Yemen, and Djibouti Marina Wes, a leading Strategy & Policy Advisor on Gender, Family, and Social Development Maha Akeel, as well as Alexa Tiemann who is the Lead Regional Economist from the European Bank for Reconstruction and Development (EBRD)-Southern and East Mediterranean Region. Moderated by The Energy Year’s HR Director Sofija Janosevic, the discussion revolved around the subject of how women’s economic participation can be enhanced from a policy perspective.

The Role of Women in Energy Transition

Moderated by the CEO of the Bilateral US Arab Chamber of Commerce Aida Araissi, the panel discussion titled “Women and Men As Enablers of the Clean Energy Transition” tackled the issue of gender-inclusiveness, energy transition, and the relationship between the two.

For Energean’s Country GM-Egypt Nicolas Katcharov, women could play a major role as both a strategic and intellectual force in pushing energy transition efforts. “Energy transition needs [a] much deeper understanding, only [an] economic, technical one, and this understanding can be supplied by more participation of women.”

Being a leading woman in the energy industry herself, Siemens Energy Egypt Managing Director Layla El Hares offered a unique perspective saying “Energy poverty really affects diversity and if we use the catalyst of the energy transition to fuel and to enable energy equality, then women will have more access to education, they will be able to bring up a pool of talents both male and female in the generations to come, and we will be able to have more people to work into this transformation that we are all looking for.”

After an inspiring speech by Princess Moradeun Ogunlana, the joyous Equality in Energy Awards ceremony commenced, recognizing women in the industry who have demonstrated excellence in their relative fields.

Coming to the second category “Stem Star of the Year”, Nourwanda Serour, Research Assistant and PhD candidate at Western University, was highly commended and Bashayer Aldakkan, an MSc student at Cornell University, was named the winner.

Moving on to the fourth category “HR Champion of the Year”, Zainab Elsaeed, Schlumberger’s Sudan HR Manager and Egypt HR Enabler, was highly commended and Randa Esmat, Enppi’s HR Assistant GM, was announced as the winner.

Finally, Baker Hughes was highly commended and Chevron was named the winner for the fifth category “Employer of the Year Championing Inclusion, Diversity and Equality”.

The occasion was attended by a number of corporate and government notables including Vice-President of Apache Corporation and Country Manager for Apache in Egypt David Chi, Capricorn Energy Egypt’s Managing Director Eleanor Rowley, and Egyptian Natural Gas Holding Company (EGAS) Chairman Magdy Galal among many others.

The awards ceremony was preceded by the signing of a memorandum of understanding (MoU) for the framework for cooperation on energy transition and gender empowerment in the Mediterranean and Africa. It was between the African Women’s Health Project International represented by Princess Moradeun Ogunlana and the Observatoire Méditerranéen de l’Energie (OME) represented by its Director General Houda Ben Jannet Allal.