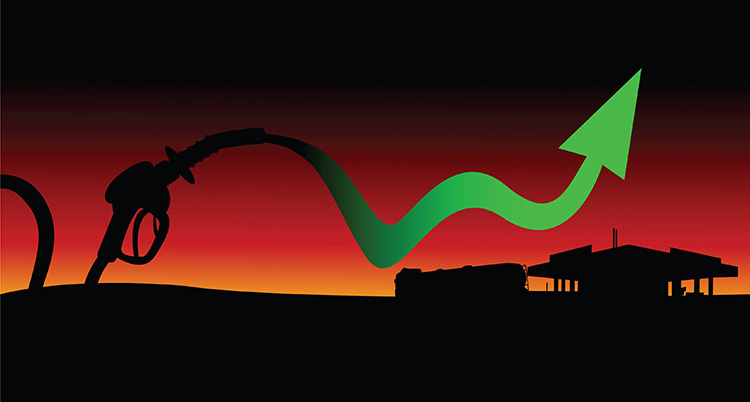 Energy subsidies are a common component in many low- and middle-income countries, yet its provision contributes to large fiscal deficits, averting resources away from growth-promotion and poverty-reduction expenditure categories. In addition, subsidies provision is expected to create a social bias as the poorest quintiles are the least to benefit from them as well as an economic bias in favor of capital- and energy-intensive industries. Accordingly, many developing countries have initiated energy subsidy reform programs recently, such as Egypt, Jordan, and Sudan.

This paper is built on previous studies investigating Egypt’s economic adjustments associated with a recently announced plan for a complete phase-out of energy subsidies in combination with a new social protection program for the most vulnerable households.

Egypt began the first rounds of cutting energy subsidies in 2012 and 2013, which affected mainly the prices of liquefied petroleum gas (LPG), gasoline, natural gas, and diesel, yet the subsidy-to-cost ratio remained high. In 2014, Egypt began implementing the economic reform program to restore the economy’s stability. The energy subsidy reform program is one of the economic program’s main pillars which targets reaching 100% of the price-to-cost ratio of the energy commodities via the gradual increase of registered prices. As a result, the fiscal deficit of fiscal year (FY) 2016/17 declined to 10.9% of the gross domestic product (GDP) and the government paid great attention to protect the households by increasing food subsidies amount and introducing cash transfers programs.

Despite the increase in prices, energy was still heavily subsidized because of the flotation and currency devaluation of the Egyptian pound in 2016, hence, energy subsidies share in the government expenditure were projected to increase from 6.4% in FY 2016/17 to 11.6% in FY 2017/18.

Considering the Egyptian economic structure, the energy sector makes up to 20% of total production; of which crude oil, natural gas, petroleum products, and electricity contribute to around 5.6%, 3.1%, 9%, and 2.9% of the total output, respectively.

The paper’s analysis is based on an energy-focused, dynamic, computable general equilibrium (DCGE) model, which has been standardized to a modified version of the Egyptian social accounting matrix (SAM) for FY 2012/13.  SAM represents the initial equilibrium position of the Egyptian economy in FY 2012/13 and provides numerical values to several key parameters of the analytical model.

In the model, producers are price takers in output and input markets, primary factor demands are derived from constant elasticity of substitution value-added functions, while intermediate input demand by commodity groups is determined by a Leontief fixed-coefficient technology. For crude oil and natural gas, the output is determined by given investments under Leontief production technology. The model contains seven labor groups which are unskilled, semiskilled, and skilled labor in both urban and rural regions, as well as mixed labor, assuming that all labor types, except mixed labor, are fully employed and receive the same wage in every sector. Capital is assumed to be fixed and sector-specific, with a total amount of available investment determined by the level of savings in the economy.

Coming to the DCGE model results, under the assumed scenarios, the energy price increase affects the real GDP negatively in the short-term, yet it turns to be positive in the long-term. The model assumed having fixed wages under the subsidy cuts, it led to increasing the real wages in the short-run, but it will cause an unemployment increase in the log-run as producers will tend to reduce production which will cause in return to release workers and reduce real GDP as well. Moreover, following the phase-out of subsidies in the period of 2018-2021 will help reallocate resources to less energy-intensive sectors. During that period, real GDP is estimated to increase between 0.6% and 1.8%. Furthermore, subsidy savings usage to consumption or investment matters and affects the foreign trade balance. If the savings are used in both, imports will decline by 1.8% and 3.3% in the short run and long run, respectively.

At the same time, the mining and construction sectors are expected to benefit from the reform program in both short and long terms, affecting the real GDP positively. Yet, other manufacturing sectors that depend on energy inputs will suffer from the highest real income losses.

The impact on households is expected to be negative, lowering private consumption by 1.4% to 6.5%, in addition to increasing the cost of public services and hampering households’ income generation and growth. Rural households will be exposed to stronger negative impact of higher energy prices than urban ones. Yet, to mitigate poor households from these negative impacts, the government has increased food subsidies and introduced cash transfer programs.

Few countries around the world have implemented comparable reform programs to the one launched in Egypt. Politically, the government role, under these programs, is crucial to keep things under control. The major lesson learned from the countries implementing similar programs is protecting the poor from the subsidy program negative impacts.

In Egypt’s case, positive outcomes are resulting from the economic reform program including the improvements in the current account balance and budget deficit, as well as an accelerating economic growth rate. The paper suggests that these positive impacts are likely to continue if the reform program is sustained, yet it will take time.