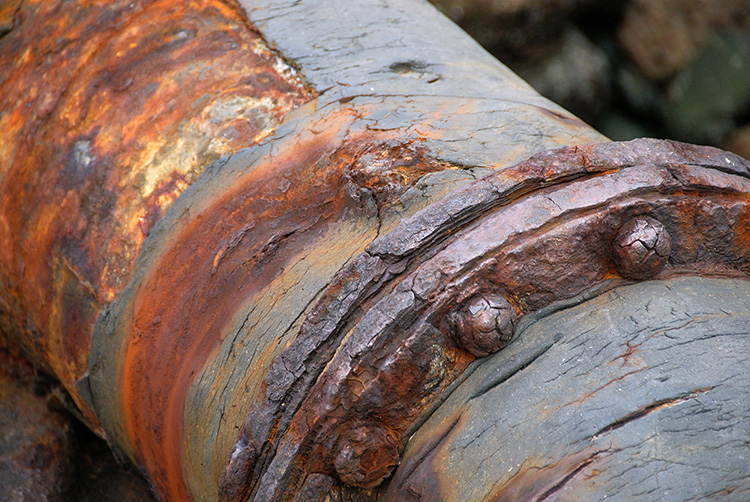 The oil and gas industry is an asset-intensive business with many capital assets, ranging from drilling rigs to upstream offshore platforms and wells, pipelines, liquefied natural gas (LNG) terminals and refineries in the midstream and downstream segments. These assets require huge investments; therefore, oil and gas companies are often under pressure as they need comprehensive strategies to reduce cost and improve asset reliability.

Given the global increase in oil and gas demand, companies are heading towards developing new technologies to advance their current assets and acquire new ones to be able to fulfill that growing demand. Yet, the companies’ way is hindered by many hazards that arise from technical failures. One of the major reasons behind failures is corrosion.

According to a research published by Chinedu Ossai, corrosion cost in the United States was more than $1 trillion in 2012, which represented around 6.2% of the gross domestic product (GDP). Moreover, in many oil and gas companies, corrosion accounts for more than 25% of asset failure incidents as it is faced in each stage of the production cycle. In drilling operations, mud can corrode the well casing, while drilling equipment, pipelines, and the environment could also be affected. Hence, operators have become more concerned about corrosion management policies at all production phases to control the increasing cost.

Considering this, corrosion becomes a crucial risk factor that needs to be controlled during the whole production cycle to enhance asset integrity through a framework enriched by good policies for inspection, data collection, and interpretation for controlling corrosion. In order to make this possible, industry experts began to work on these needed strategies to eliminate corrosion incidents and identify effective measures to avoid the issue’s occurrence.

Corrosion as a Crucial Problem

The international standard definition refers to corrosion as a “physicochemical interaction between a metal and its environment which results in changing the properties of the metal and which may often lead to impairment of the function of the metal, the environment, or the technical system of which these form a part,” according to the European Federation of Corrosion (EFC).

For metals, almost all environments can cause this destructive unintentional degradation to some degree, since the corroded state is more stable, on the molecular level. A common type of corrosion is rust, which is found on iron and steel structures. In this type of corrosion, the iron is reacting with oxygen, from air or water, to form iron oxide compounds, as explained by the University of New South Wales (UNSW).

Corrosion has two types: it is either internal or external, according to Ossai’s paper. Internal corrosion represents one of the main reasons behind failure in oil and gas facilities, because water cuts increase and previously oil wet pipe surfaces becomes water wet, leading to an increased bacterial activity in the production system.

Internal corrosion can take many shapes, including erosion-corrosion mechanism, in which the corrosion reaction rate increases by removing the corrosion passive layer from the wall of the pipe. This type is always experienced where there is a high turbulence flow regime with significantly higher corrosion rate than just corrosion or erosion in pipeline; under-deposit mechanism in which the corrosion reaction rate can rise by causing a localized chemical concentration that results in pitting of the metal surface under solid deposits. These deposits appear to be composed of a corrosion product matrix with entrapment of formation solids, sand, and iron sulphide. The rate of corrosion under this mechanism is significantly lower than the rate under the erosion-corrosion mechanism.

Additionally, Microbiologically Induced Corrosion (MIC) is a type of corrosion caused by bacterial activities, in which the bacteria produce waste products like CO2, H2S and organic acids that corrode pipes by increasing the toxicity of the flowing fluid in the pipeline. Pitting corrosion can be categorized as a part of the internal corrosion as it represents a localized attack that lead to rapid removal of metal at small distinct areas. This type occurs where there is an environmental disparity comparing to the metal surface. Crevice corrosion results when a portion of a metal surface is shielded in a way that the covered portion has limited access to the surrounding environment.

Stress Corrosion Cracking (SCC) is a form of localized corrosion that produces cracks in metals by simultaneous action of a corrodent and tensile stress. Top of the Line Corrosion (TLC) occurs because of the inability of corrosion inhibitors to reach the top of the pipeline, which exposes the top part to be corroded with a subsequent failure at some point.

The second type of corrosion is the external corrosion, which results from water penetrating the insulation system and being trapped between the insulation and the external wall of the pipe. This type of corrosion always occurs at any location where the galvanized insulation jacket has been punctured or torn, also it is found at the fields applying weld insulation packs. Moreover, high temperature is essential to drive the corrosion mechanism. The longer the mechanism has been active, the worst the damage will be. Therefore, the hottest and the coldest lines in the field will have the highest possibility for external corrosion problems.

Therefore, industry leaders have realized that poor corrosion management is costly and has its bad impact on the oil and gas industry specifically, and on the country as a whole. Thus, proper management policies are vital to control such an issue and help extend the lifetime of valuable assets.

The oil and gas industry sometimes suffers from a lack of an effective corrosion management system, which can lead to many problems including decreased safety, increased risk exposure, increased duration of unplanned shutdowns, and inefficient use of resources. Consequently, the sector’s leaders are truly aware of the severe costs of having a poor corrosion management system.

“Corrosion management is that part of the overall management system which is concerned with the development, implementation, review and maintenance of the corrosion policy,” Mohamed Magdy, Mechanical Construction Manager at Egypt Gas Company, told Egypt Oil & Gas.

One major approach to develop an effective corrosion strategy is the link step approach that depends on inputs from a corrosion risk analysis, which then results in a corrosion control matrix, roles, and responsibilities for implementation, according to Magdy. Moreover, “it should be noted that a clear company policy statement that provides guidance to the corrosion strategies to be adopted to ensure integrity, indicates commitment from senior management and ensures that the concept is well established in corporate culture,” he explained.

For this, establishing a successful corrosion management faces two issues. The first one is having a system for the existing facilities, in which the shareholders often do not understand the requirements of the needed system to apply it successfully. The second one is developing a system that is suitable for new constructions where companies require engineering firms to include the system in their front-end engineering design (FEED); however, firms sometimes do not understand the right way to operate the system either.

Across the oil and gas sector, developing and implementing an effective corrosion management system varies according to the applying organizations. The sector consists of different types of organizations that could be international oil companies (IOC), national oil companies (NOCs), intermediate companies, or unconventional oil companies. Therefore, the industry needs to consider a system that is consistent with the nature of the organizations and the type of policies and philosophies adopted inside it. Moreover, the local regulations, the financial position of the companies and their scope of work either onshore or offshore have to be considered to be able to select an efficient management system.

According to Magdy, companies have to “ensure that roles and responsibilities match the required competency and integrate corrosion management and asset management with safety, inspection, maintenance, and operations strategies; and that risk assessment procedures are updated on a regular basis, and guarantee receiving feedback from field experiences [to be used] into new designs.”

The main goal of applying a successful corrosion management system that it is consistent with the organizational policy to reach the desired level of efficiency while providing services at the lowest cost possible. That is why, finding the system with the greatest net benefits is a puzzle that requires an accurate analysis for all direct and indirect factors within the sector.