CNG: Driving on The Route to Success 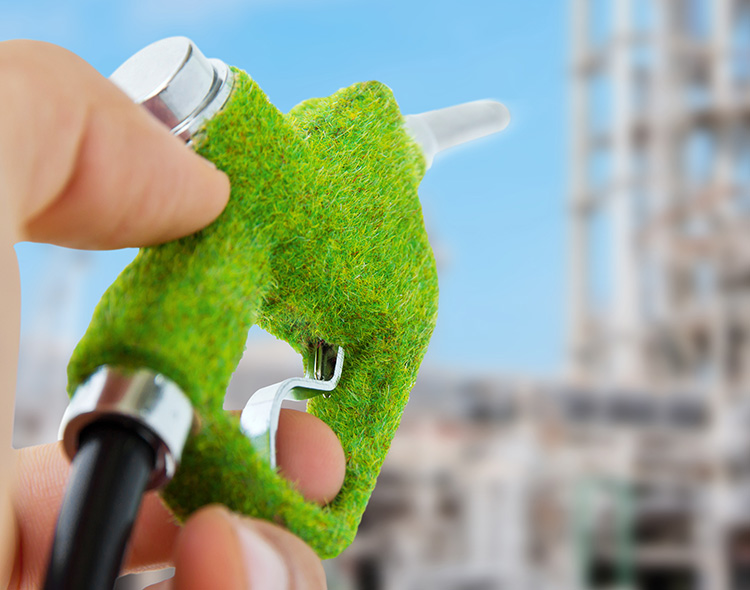 President Abdel Fattah El-Sisi announced last July that all cars in Egypt will have to run on compressed natural gas (CNG), saying that new cars will not be licensed until they are converted. The president’s remarks were then followed by an array of amplifications to the government’s directives; all of which guarantee that CNG is optimum for all vehicles.

Advantages of CNG for Vehicles

The Ministry of Petroleum and Mineral Resources (MoP) has recently released a report laying out the advantages of CNG and positioning it as the best fuel for all vehicles.

The report serves as a guide for the actual conversion process which, per the report, takes only two to four hours depending on the car’s model. Additionally, the report ensures that all health, safety, and environment (HSE) measures are being adhered to throughout the process, indicating that the engine’s power should not be less than 70% to ensure the best performance of the car and to determine the appropriate conversion method and volume of the cylinder capacity.

The MoP stated that utilizing natural gas as fuel is very safe as the gas cylinder automatically closes to prevent any gas leakage. Not only that, but the cylinder is made of special steel to withstand high pressure and is manufactured according to international standards (ISO Standard 11349).

The car conversion program can also include vehicles with an engine capacity of more than 2500 cc, as well as cars equipped with a turbocharger. It is important to note that converting cars to run on natural gas does not mean disposing gasoline, as conversions also allow customers to shift between natural gas and gasoline, thus running on dual fuel.

Finally, and most importantly, the report stated that car conversions will save citizens about 50% of the fees, while fees for the conversion of the cars can be paid in installments without a down payment or interest. It is worth noting that the average cost of converting a car to run on CNG stands at about EGP 8,000.

A month later, Prime Minister Mostafa Madbouly reiterated the economic benefits of natural gas as a fuel during a meeting that reviewed the efforts of the car conversion national plan.

During the meeting, the Minister of Petroleum and Mineral Resources, Tarek El Molla, said that natural gas usage as fuel will save about EGP 1,200 monthly for each citizen who uses an average 10 liters of gasoline 92 daily, according to a statement published by the Cabinet. El Molla pointed out that people can save about EGP 825 monthly if they are using 10 liters of gasoline 80 daily, elaborating that the price of natural gas per cubic meter is EGP 3.5, while the price of gasoline 80 price is EGP 6.25 per liter and gasoline 92 price is EGP 7.5 per liter.

On another note, El Molla highlighted CNG’s vital role in his opening remarks of the British Egyptian Business Association’s (BEBA) webinar on Egypt’s Green Economy, held on November 9. “We have expanded our domestic activity of using CNG in vehicles in light of achieving the national strategic goal to preserve the environment and drive economic growth through natural gas projects,” he said.

The minister stated that there are currently 330,000 converted vehicles on the roads fueled through 215 CNG stations. He shared the vision and plan of reaching more than 600 stations across Egypt and an additional 263,000 converted cars by the year 2023.

Speaking of the Egypt’s grand plan, Ahmed Bahaa El-Dean, Operations Manager, Gas Downstream & Electricity at Egypt Kuwait Holding, told Egypt Oil & Gas (EOG) that it includes the conversion of “about 1.8 million vehicles to run with natural gas by 2023 out of about 10 million vehicles. Natural Gas Vehicles (NGV) will become the norm in Egypt if this plan comes to success, and it is strongly recommended to succeed, especially that Egypt was one of the first countries in the region to start using NGV before the mid-1990s.”

In BEBA’s webinar, the CEO of Taqa Arabia, Khaled Abou Bakr, echoed the importance of CNG to the industry, stressing the reason behind the leadership’s attentive measures towards CNG. “We as TAQA, we are investing four times, we went from seven stations in 2006, in this year we added 16 stations of CNG for vehicles. It is a total turnaround,” emphasizing that Egypt is a role model in that area. “Globally we are leaders in the gas industry,” he asserted.

On the same track, Ahmed Youssef, Senior Operation and Maintenance Engineer (CNG/NGV/SAP) at Master Gas (Taqa Gas Group), remarked to EOG that “with the political leadership vision and the governmental support, I think the next three years will experience a remarkable growth in NGV vehicles and CNG stations.”

A Comprehensive Strategy: Buses and Microbuses

Neveen Gamea, the Minister of Trade and Industry, said on September 7 that her ministry is working on implementing a comprehensive strategy for localizing car manufacturing, including the initiative of replacing old cars with NGV across seven governorates as a first phase. She added that this initiative is focusing on microbuses and taxis mainly.

For his part, the Minister of Military Production, Mohamed Morsi, said that his ministry started to convert public buses of transportation to run on natural gas in Cairo. He showed the procedures taken to manufacture natural gas cylinders by establishing a plant for producing cylinders of CNG.

Master Gas’s Youssef revealed to EOG that Taqa as well is currently working to utilize natural gas in the diesel-run vehicles. “Economically the cost of the CNG is almost half the cost of gasoline, thus, the saving is traditionally increasing as the vehicle kilometer increases. That is why most of the NGV in Egypt are taxi, microbuses, and UBER lately,” he said.

Al-Ahram reported that earlier in September, the Chairman of Gastec Abdelfattah Farahat outlined the government’s plan to convert vehicle fueling system from gasoline to CNG, saying that the Ministry of Petroleum and Mineral Resources is cooperating with several stakeholders to convert taxicabs, referring to the coordination with the Micro, Small and Medium Enterprise Development Agency (MSMEDA) to provide the financial facilities necessary for car owners in easy installments.

MSMEDA signed two agreements in late 2019 with Natural Gas Vehicles Company (Car gas) and the Egyptian International Gas Technology Co. (Gastec), totaling EGP 80 million, in order to convert cars to run on CNG instead of gasoline. As a witness of the signage, Gamea clarified that the agreements are part of the “Towards Natural Gas” initiative, pointing out that MSMEDA has already converted 34,400 cars, among which 28,000 taxis with total investment worth EGP 172 million.

To encourage conversions to take place more frequently, Bahaa El-Dean recommends “a significant price difference between gasoline and natural gas,” as this is the main incentive driven by the savings in fuel cost and small pay-back period. Another aspect that he weighed on is to “issue legislation to gradually prohibit public transport means, whether buses or minibuses, that do not run with natural gas and stop licenses for the new diesel-fueled ones.”

On the other hand, Youssef signaled that “new stations locations were the main challenge, we overcome it with the corporation with the current companies by adding CNG Station at their gasoline stations whenever it can be possible. On a final note, he recommended that “finical support is required for both vehicles’ owners and companies, the government [should] announce a banking facility for the vehicles owners to encourage them to convert their cars.