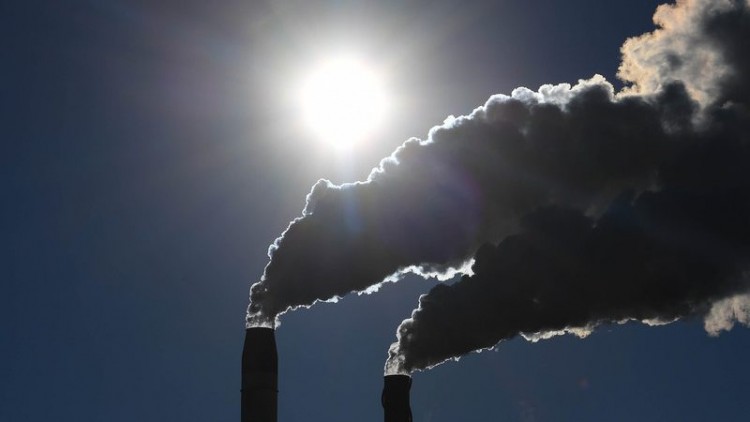 The European Union (EU) is poised to unveil a range of new policy measures that are expected to help the bloc reach its ambitious emissions 2030 targets. The new measures will include new targets for renewable energy, changes to tax rules to ensure that electricity does not face higher charges than oil and gas, and a new carbon border adjustment mechanism, or what is known as a new carbon border tax.

The EU leaders hailed the proposed carbon border tax as a key part of the EU’s ambitious push to achieve carbon neutrality by 2050 and to meet the targets of the Paris Climate Agreement. They also describe it as a shield that will protect EU companies from the effect of cheaper imports from countries with weaker climate policies.

However, the scheme also has its share of complications that threaten to widen political conflicts, starting trade wars, creating serious challenges for companies with a large greenhouse gas footprint and becoming a new source of disruption to a global trading system already roiled by rising protectionism and effects of coronavirus crisis.

A carbon border tax is largely believed to be an improvement from a national carbon tax. A national carbon tax is a fee imposed on any company within the country that burns fossil fuels. However, this often results in an increase of costs for these companies and may lead to several economic hardships for businesses and citizens in these countries.

A carbon border tax is largely meant to protect the EU’s local manufacturers, who have been paying for carbon emissions since 2005 under the EU’s Emissions Trading System. The carbon border tax can therefore lead to a more level playing field against importers.

Although carbon border taxes could help the world move more efficiently toward sustainability, such taxes can be a new source of conflict, if it weren’t a part of a consensual multilateral approach.

Spoiling for a Fight

Just a few days after European Parliament had passed a resolution with an overwhelming majority for creating a carbon border tax, ministers from Brazil, South Africa, India and China have warned – in a jointly released statement – that the European Union plans to impose taxes on carbon at its border are discriminatory and unfair to developing nations and  are not aligned with principles of equity as per the Paris climate agreement.

However, a big part of the criticism came from the Chinese president himself, who slammed EU plans, warning European leaders that tackling climate change should not become an “excuse for geopolitics, attacking other countries or trade barriers.”

China’s continuing reliance on non-renewable energy to power its economy leaves it particularly helpless in this matter. The possible implementation of a carbon border tax poses an obstacle to China’s ambition to boost its economy as such tax would likely raise the price of Chinese goods in Europe. This suggests that the carbon border tax may be politically motivated as it could slow down the rising economy in China, and would therefore preserve the European competitiveness.

Other critics of the proposal argue it is protectionism disguised as climate action which will damage the economies of countries poorer than the EU, at a time when they are struggling with the economic fallout from Covid-19.

Many developing and poorer countries argue that they are being unfairly penalized, stressing that figuring out how much carbon is in each product would be very challenging from both a technical and political perspective.

Sam Lowe, a senior research fellow at the Centre for European Reform (CER) think tank, warned in a recent policy brief that “If the mechanism applied to the imports of all goods currently covered by the EU’s Emissions Trading System (ETS), up to US$16bn of developing country exports to the EU could face an additional charge.”

The research carried out by the CER estimates 69 developing countries currently covered by EU unilateral trade or preferential schemes could be impacted.

The proposal also came under friendly fire as US climate envoy John Kerry cautioned that such a move could carry risks “downstream.”

Speaking to reporters in Berlin before talks with European Commission Vice President Frans Timmermans, Kerry said that President Joe Biden had instructed US officials to examine “what are the consequences, how do you do the pricing, what is the impact.”

“Nobody wants their businesses disadvantaged” by introducing carbon taxes that businesses elsewhere don’t pay, he said.

“But we do have some concerns about what the downstream impact might be, and we want to understand that fully before jumping on this,” Kerry added.

Jonathan Pershing, a member of the US climate envoy’s team, warned at the same time that implementing a border tax on imports and protect European industries will be “extremely complicated.”

Despite these warnings and uncertainty about the impact of this scheme on world trade, calls for carbon border taxes are growing in EU as the carbon price reaching €50 per tonne for the first time since the EU carbon market was launched in 2005.

“We cannot ask our industries to operate at that level of price, which is needed, without having a level playing field,” said Pascal Canfin, a French MEP who chairs the European Parliament’s environment committee.

Despite such complications, the resolution still highlights the EU’s increased ambition on climate change and to stop ‘carbon leakage’, as global climate efforts will not benefit if EU production is just moved to non-EU countries that have weaker emissions rules.

This point of view was supported by a recent research paper introduced by International Monetary Fund (IMF) that found that a carbon price that starts low and rises steadily could help Asian countries reach their targets under the Paris climate accord over the next decade.

IMF Managing Director Kristalina Georgieva insisted meanwhile that there was a growing consensus that carbon pricing was the most efficient and cost-effective way to curbing emissions.

However, a research published by The Conversation Africa suggests that it’s also important to recognize that border carbon taxes can’t solve the entire problem.

The research elaborated that when climate policies in a few large countries reduce demand for fossil fuels, that can lower the global price of them, which can result in more consumption elsewhere.