Building Digital Capacities: Skills of the Future in the Automation Era 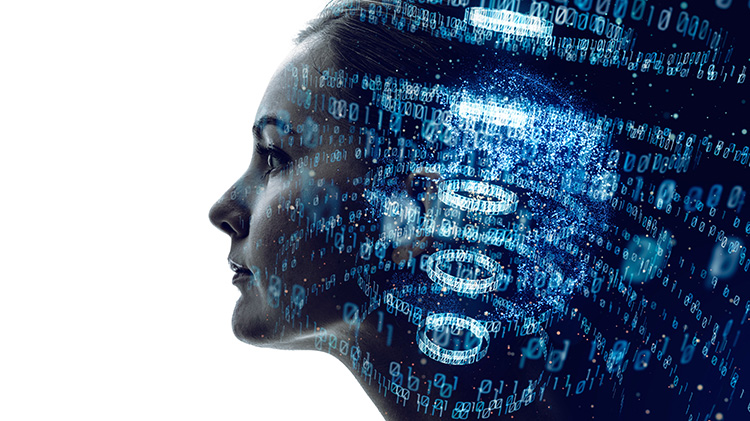 A  joint survey of digital trends in the oil and gas industry by Accenture and Microsoft in 2017 showed that 73% of upstream companies expect to see most of their fields to become fully automated in three to five years. On the other hand, the 2019 Global Energy Talent Index (GETI) highlighted a preference for retaining existing employees as opposed to Artificial Intelligence (AI) adoption, with 61% of the industry executives surveyed choosing the former.

A research note by MarketsandMarkets, titled “AI in the Oil & Gas market,” expects AI investments in the industry to reach $2.85 billion by 2022.

Hassan Diaa, Data and Infrastructure Team Lead at Schlumberger Egypt, believes that the market turbulences oil and gas companies endured over the past years have pushed them to seek methods that provide further efficiency and effectiveness. To Diaa, this translates to rising local demand for digital solutions.

Explaining the Rising Role of Automation

Several studies have highlighted the growing benefits and impact of technology, one example is a 2017 report by McKinsey Global Institute, titled ‘How technology is Reshaping Supply and Demand for Natural Resources.’ The report showed that a given company could achieve as much as $1 billion in cost savings or production increases by deploying technologies that exist today. In addition, adoption of Internet of Things (IoT) sensors could reduce maintenance costs by up to 25%, cut unplanned outages by up to 50%, and extend the lives of machines by years.

The report further estimates that IoT applications that exist today or could be in increasingly used within 10 years could have a total economic impact of $3.9 trillion to $11.1 trillion per year in 2025.

Despite the growth of automation in the industry, Hoda Mansour, the Managing Director of SAP Egypt, believes that automation will not replace jobs. “If anything, it will free up staff from repetitive and dangerous tasks in the field,” she said. “Automation can also create new opportunities for staff with creative skills to develop algorithms, make sense of analytics, and guide automation and digital transformation roadmaps. Our SAP Performance Benchmarking shows that more connected oil and gas workers could lead to 15% more productivity by 2023.”

Similarly suggesting a relatively positive impact on labor demand in the industry, an article by the World Economic Forum, published last September, suggests that automation will create as many jobs as it replaces.

On the other hand, other studies are highlighting the growing risk of job-replacement. A 2016 report by Oxford, titled “Technology at Work V2.0” showed that some countries have as much as 85% of jobs at risk due to automation.

Another study by PricewaterhouseCoopers (PwC) forecasted that by mid-2030s, up to 30% of jobs could be automatable, indicating that women could be at greater risk of automation than men due to their higher representation in clerical and other administrative functions. Additionally, a study by the McKinsey Global Institute expects that up to 800 million workers around the globe could lose their jobs to automation by 2030.

For Egypt’s emerging industry workforce, Mansour stresses the need to gain skills in data science, coding, software engineering, cloud architecture, cyber-security, AI, robotics, and web applications. “My advice to the younger generation of petroleum engineers is to not stick with the academic fields of study and to start looking into computer science and digital skills.”

Diaa agrees, “Legacy reservoir or production engineering jobs will be from the past and the future is for the multi-skilled engineers, the main skills like programming and data analytics will be essential for any job in the future.”

Likewise, an article published by the Harvard Business Review, titled “How the Natural Resources Business Is Turning into a Technology Industry,” showed that demand for new job classes such as data scientists, statisticians, and machine-learning specialists is already rising; and within 10 years, oil and gas companies could employ more PhD-level data scientists than geologists.

The oil and gas industry is expected to see further diversity within its workforce, which could help attract more talent and boost the employees’ professional skills. “Not all oil and gas professionals have to come from traditional engineering and energy backgrounds. In fact, Egypt’s oil and gas firms should diversify their hires – by technology skills, educational background, and gender – in order to deliver the biggest benefit,” Mansour added.

Other than the uncertainty in future job demand, the oil and gas industry may face a supply issue in the coming years as well. A 2019 survey by the Abu Dhabi National Oil Company (ADNOC) showed that young talents in science, technology, engineering, and mathematics (STEM) aren’t showing a strong interest in joining the industry, with 77% of respondents stating a preference in the technology industry.

However, those showing preference to the industry indicated the elevated status of the sector’s career, the economic impact the industry has, as well as other factors such as high salaries and a work-life balance. Furthermore, the report noted that respondents from emerging markets had the highest percentage of positive industry outlook.

Agreeing with the findings is Mechanical Engineering graduate, Norhan Elmansoury, who is currently an Operations Business Analyst at Total Egypt. She primarily chose to work in the oil and gas industry as it allowed for an exposure opportunity to many leading national and international companies. However, Elmansoury did not pursue a more technical specialization due to the limited options for growth within technical departments.

Meanwhile, Hesham Katamesh, a Senior Technical Professional at a major services company believes that his degree in mechatronics, robotics, and automation engineering will allow him to grow with the industry amidst the ongoing automation process. Katamesh says that his academic background is helping him develop and navigate through different roles in operations and technology, as his company is increasingly applying automated solutions, especially robot arms and systems.

Consequently, not only do young professionals need to be proficient with digital skills and solutions to build strong careers in the oil and gas industry, but the sector has to expand in adopting these innovative technologies to attract and retain more young talent and develop their digital skills to solve the major challenges it is facing.