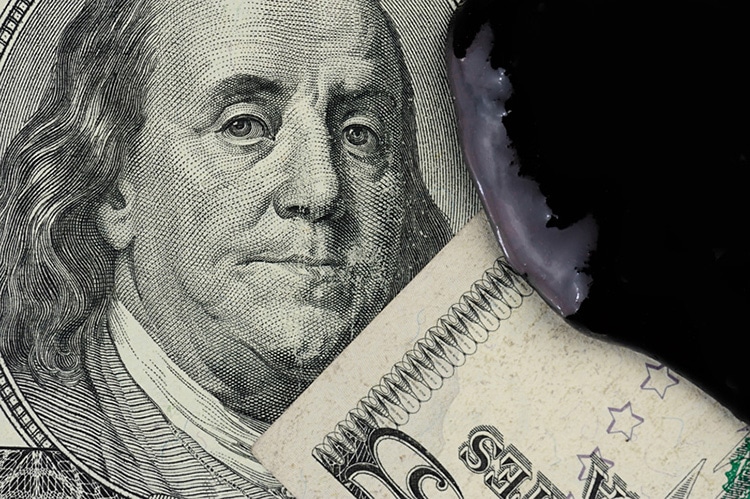 The attack on fossil fuel by the John Biden administration is going faster and further than expectations.

The new Democrat president did not only honor his promise to rejoin the Paris climate pact, but he also committed to aggressive carbon cut, suspended new oil and gas leases on public lands, seeking to end fossil-fuel subsidies and even directing federal agencies to purchase electric cars.

Biden’s fossil fuel policies are not only making waves among US oil companies and economists but also are expected to reflect on US foreign policies and world politics in the near future.

The new administration admitted that tackling climate change will be an important aspect of its foreign policy. In his confirmation hearing, Secretary of State Tony Blinken commented on international financing of energy projects, stating that the US “wants to make sure that we are not doing anything to facilitate countries exporting dirty technology around the world.”

Blinken’s statement may entail that the US is going to abstain from financing and supporting the fossil fuel energy sector overseas. It also indicates a promise to offer countries clean energy alternatives.

The new fossil fuel policy could become an effective element in the US foreign relation equation.

Joining the Ranks with an Old Ally

Biden’s environment policies fitted well in the US endeavor to repair relations with the European Union (EU) and to regain the common ground that the two old allies used to have in confronting common challenges.

Since his inauguration, Biden was keen to reassure America’s commitment to its European allies after relationships eroded under his predecessor.

Europe and America have traditionally always been allies, but under Donald Trump, the US has been acting more unilaterally, withdrawing from treaties and international organizations.

“The range of challenges the US and Europe must take on together is broad and complex,” Biden said during Munich Security conference on February 19. “The last four years have been hard, but Europe and the United States have to lead with confidence once more.”

The new American environmental policies could open doors for ambitious agreements on climate and biodiversity and could encourage cooperation on developing green technologies and jointly design a global regulatory framework for sustainable finance.

European leaders breathed a sigh of relief following Biden’s victory and immediately sought a new partnership on combating climate change. Hopes are high for reaching a common ground on climate change efforts as it may be a beginning for addressing other key stumbling issues between the EU and the US concerning trade, energy supply, and foreign affairs.

Never the Same for OPEC

As Biden’s climate agenda is expected to hinder future growth in domestic US oil and gas production, other oil-producing powers may find it great to see one big competitor eliminated.

Decisions to revoke the permit for the Keystone Pipeline, which would help make Canadian oil less competitive on the global market, and offering a temporarily ban on the issuance of new permits and leases for drilling and fracking on federal lands may be a welcome shift by the Organization of the Petroleum Exporting Countries(OPEC). The OPEC cartelcould use this to gain dominance over the oil market once again and compensate for the huge financial hit from the historic drop in demand due to COVID-19 last year in addition to the competition they have seen in recent years from US and Canadian oil and gas producers.

The Biden administration presidency is not expected to have the same influence Trump used to maintain on OPEC. However, many analysts are referring to worries of some key members of OPEC that strains in the OPEC+ alliance could reemerge under the new US administration and the alliance would miss Trump who helped bring about a record oil output cut.

The expectation that Biden could modify US diplomatic relations with Saudi Arabia and sanctioned countries Iran and Venezuela, as well as with key non-OPEC producer Russia, may also have an effect on the alliance politics.

Additionally, Biden’s clean energy agenda increases OPEC members’ belief that they have only a limited time left to use their vast reserves of fossil fuels.

At the time that Biden still considers Russia as one of the most serious global threats, his new tendency towards fossil fuel seems to be a big reward to the US traditional foe.

In spite of being the world’s fourth-biggest carbon emitter, Russia does not have a plan to transition away from fossil fuels anytime soon as Russian companies are getting ready to benefit from the expected higher prices and lower production cost that will result from the US transition to clean energy.

Some see the new US tendency as a boost to Russian President Vladimir Putin who criticized Biden’s policies towards oil companies.

Nonetheless, the new environmental policies may open a new field of conflict and competition and maybe cooperation with China.

China, one of the world’s biggest emitters seeks to establish itself as a pioneer in the renewable energy field. Now the US is on track for competition with the Asian Dragon as usual over new technologies.

The new US policies are expected to turn the pressure on China’s Belt and the Road initiative, which finances and builds infrastructure projects that may harm the environment.

Although American-Chinese relations are unlikely to change under the Biden administration, which still considers China a long-term threat to US interests in the world, Biden’s path to renewable energy should pass through China; his biggest trade partner and the power that controls the biggest share of required minerals.

For nearly the past century, oil has its effects on shaping world conflicts and relations, it seems that endeavor to abandon the black gold will not go without implications. Only time will tell us whether it will be a ripple or a wave.