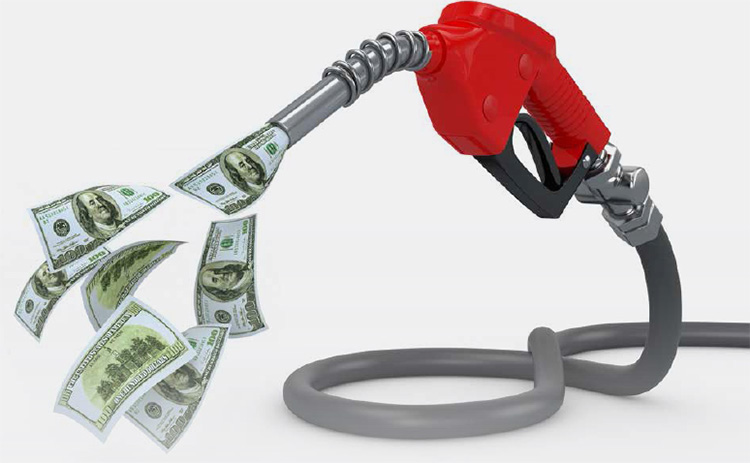 Many developing countries around the world subsidize fuel products to sidestep local impact of fluctuating global oil prices. However, on a macroeconomic level, subsidies by default tend to have a taxing impact on the national budget.

As a way out of that conundrum, some developing countries have changed their direction to an automatic fuel pricing indexation mechanism, which allows them to reflect fluctuations in global fuel prices domestically. Under the mechanism, domestic prices are determined according to a formula of the summation of the import price of fuel products, domestic wholesale and retail distribution margins, and fuel taxes. Accordingly, domestic prices will change regularly to fully reflect the changing waves in global fuel prices, according to the International Monetary Fund Paper (IMF), titled: Automatic Fuel Pricing Mechanisms with Price Smoothing: Design, Implementation, and Fiscal Implications.

The mechanism primarily aims to reflect the global fuel prices changes domestically in a way that will help control fuel tax revenues and eliminate the provision of any fuel subsidies. Additionally, the mechanism will put governments under control, meaning that they will not be able to change domestic fuel prices randomly or at irregular intervals, the IMF paper added.

As per the IMF paper, to guarantee a transparent and successful implementation of the automatic fuel pricing indexation mechanism a number of steps need to be considered. The first step depends on specifying a clear pricing formula that establishes a link between retail prices and import prices, that formula will be based on import costs, distribution margins, and tax levels.

The second is to determine a certain timeline to update the components of the price structure accordingly, in addition to selecting a rule to determine when and by how much retail prices are supposed to change.

Reflecting the international fuel prices variations in the domestic one is crucial to prevent fuel prices subsidies, yet some governments prefer applying that mechanism gradually to avoid sudden sharp increases in domestic fuel prices for political and social reasons. Hence, fuel prices will change at specific intervals. To do so, governments tend to adopt price smoothing approaches, under which suppliers always receive fuel prices that reflect the actual import and distribution costs as agreed in the formula.

Furthermore, there are different smoothing pricing mechanisms including price band (PB) and moving average (MA). For the PB, it determines a maximum limit for the retail price changes. Caps can be set as a proportion of the current retail price or in absolute amounts, but absolute caps can become less effective as international prices change. On the other hand, there is the MA mechanism which bases retail price adjustments on changes in the average of past import costs.

When it comes to selecting an appropriate smoothing mechanism, it will depend mainly on how the government views the trade-off between price and financial volatility as the greater smoothing of domestic prices, the greater tax volatility will be, the two factors are negatively related. Hence, “the choice among smoothing mechanisms will depend sensitively on the precise weights given to each of these objectives,” the IMF paper clarified, adding that from a political economy point of view, selecting a pricing mechanism that avoids large prices’ increase, especially when they turn out to be temporary, is required. Yet, from a fiscal management perspective, mechanisms that avoid large decreases in tax levels may be preferable as well. Furthermore, in the context of price smoothing mechanisms, additional tax modification rules may be essential especially under prolonged large increases in international fuel prices.

To properly apply the automatic fuel pricing indexation mechanism, many governments need to adopt a transition strategy to implement it successfully. According to the IMF paper, the first thing that governments have to consider is adopting an appropriate pricing formula that they will be working accordingly to guarantee transparency while pricing the governments- controlled products. Additionally, many governments tend to make a cost structure study, as a part of the pricing formula, to update the various cost components at regular intervals. Cost structures should be identified for all fuel products where they do not currently exist to ensure transparent pricing and to avoid hidden taxes or subsidies.

Additionally, governments must determine the reference price, benchmarking local fuel product prices with international trade price levels, as well as specifying the smoothing pricing approach that will be followed and the timeline required for proper price adjustments. Moreover, it is worth considering the responsibilities that each of the parties involved in implementing the pricing mechanism bear as it is necessary to announce the procedures required to follow price changes to have a timely implementation of the mechanism.

To further reinforce the mechanism implementation, there are some additional measures. First, the pricing formula margins can be updated according to the cost structure study findings. Moreover, governments should consider creating an entity to be mainly responsible for monitoring the pricing mechanism. Moreover, some countries tend to achieve liberalized fuel product supply and pricing as in a liberalized market, the regulator’s main role will be to ensure a fair competition among suppliers and efficient operations, in addition, the formula under liberalized pricing will be part of the regulation process to notice the presence of uncompetitive pricing practices.

On the other side, governments should pay attention to the social impact of applying such a mechanism on households. The IMF paper has mentioned a review by Arze del Granado, Coady, and Gillingham (2012), it found out that on average, a $0.25 per liter increase in domestic prices decreases household real incomes by 5%, with this impact being similar across all income groups. Therefore, it is important that reform strategies include measures to mitigate this adverse impact and ensure having an effective social safety net. Yet, countries that do not have social safety nets should follow a gradual application for that mechanism to provide more protection to the households.

Many countries have directed to cutting fuel subsidies through using the automatic fuel pricing indexation mechanism with paying attention to the effects on households, according to the IMF paper.

One of these countries is Jordan. The country began implementing a gradual reduction in fuel subsidies since 2005, and by 2008, it managed to achieve a full pass-through for the international prices on the domestic ones which contributed to achieving improvements in public finance. Yet, Jordan considered protecting its households from the negative impacts of the mechanism through increasing the minimum wage, in addition to giving a one-time bonus to low-income government employees and pensioners. Moreover, the government provided the low-income households with cash transfers as well as announcing a plan to increase funding to the National Aid Fund as part of a program to improve the design and implementation of this national safety net program with World Bank assistance.

Another country followed the mechanism is Indonesia. According to the IMF Paper, the Indonesian government began the fuel prices’ increase from 2005 when it doubled the prices and continued cutting subsidies in May 2008 in which prices of fuel products were increased by 25–33%.

Yet, the country took precautionary measures for its households through initiating a temporary cash transfer program to 19 million poor families in 2005, as well as adopting a similar cash transfer program in 2008 for seven months. On the other side, the Indonesian government reallocates subsidies’ saving in other fields including education, health, and infrastructure.

In 2007, Gabon followed the mechanism as well by increasing gasoline and diesel prices by 26%. Looking at the impacts on the households, Gabon worked on protecting them through different measures including the resumption of the National Social Guarantee Fund cash payments to the poor, as well as expanding the mass public transport network in Libreville.

Egypt has followed the new automatic fuel pricing indexation mechanism as well to manage the market efficiently. June 2018 has witnessed approving the Prime Minister, Mostafa Madbouly on applying the mechanism. The IMF supported that transition in their third economic review as a way to enable Egypt relieving public budget from unexpected fluctuations and direct the resources to more vulnerable categories. “Applying the mechanism is a complementary procedure to the subsidies’ elimination strategy adopted by the Egyptian government, especially if it targets maintaining a 100% cost recovery to guarantee having a complete elimination,” Esraa Ahmed, Senior Economist at Shuaa commented. Moreover, Pascal Devaux, MENA Senior Economist at BNP Paribas agreed, clarifying that “the government managed to adopt this reform on time, given the sustained level of inflation, it was not easy from a political point of view.”

As an initial step to implement the mechanism in Egypt, the Ministry of Petroleum and Mineral Resources selected a 10% price cap, as a ceiling and floor, for the fuel prices’ change. “According to the indexation mechanism settled by the government, price adjustments will occur quarterly and there is a 10% cap on each adjustment,” Devaux noted, in addition, Ahmed added that “the government need to announce the pricing formula that will be followed to assure a transparent implementation for the mechanism.”

As an initial step, the Minister of Petroleum announced in January that the mechanism will be implemented on 95-octane gasoline in April with revising the price every three months to currently in July reach EGP 9, up from EGP 7.75. After that, the government decided to implement the indexation mechanism on all petroleum products starting from Q4 2019, with using the same 10% price cap, a ministry official told Reuters last July. According to the ministry official, the government will not implement the mechanism on some categories. It will continue to support butane cylinders, as well as the petroleum products provided to bakeries and power stations. “At the beginning, the market suffered from a shock because of the sudden increase in fuel prices, but after that, the market began to accept these changes,” Esraa stated.

With an eye on the impact of applying the mechanism on inflation rates, Devaux stated that under that mechanism “the link between inflation and variation in oil prices will increase, but the way it will influence depends on the oil price trend.”

Moreover, Ahmed expected that “implementing the mechanism will push inflation rate up sharply, especially after the market gets used to absorb these changes, and also due to the percentage change cap determined by the government,” adding that the government will manage a successful implementation for the mechanism if it continues monitoring the market to prevent any “unnecessary” price increases. Currently, the Cabinet is reviewing the violations received by the unified government complaints system that followed the new prices of petroleum products.

Egypt will continue to implement the economic reform program as the government is keen to achieve economic prosperity. “This reform of fuel prices is a key element as fuel subsidies was a strong constraint for public finance. The mobilized funds can be more useful in other kinds of fiscal expenditures,” Devaux commented, “it should contribute to the reduction in the fiscal deficit.”