Artificial Intelligence: Application in The Oil and Gas Sector 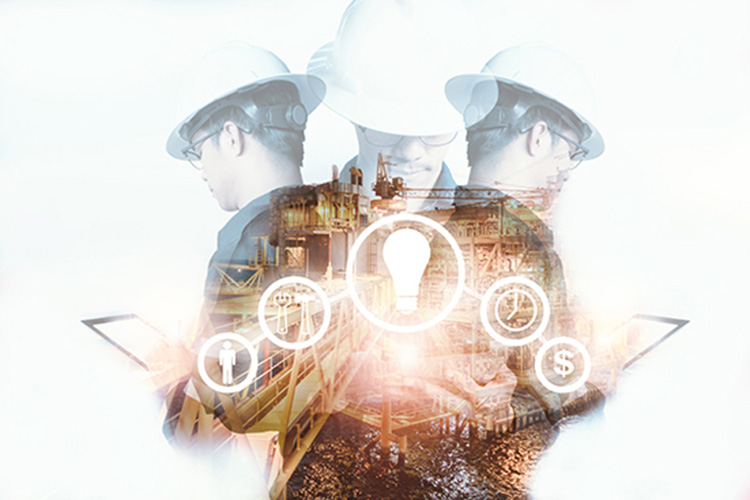 In an industry where profit margins are becoming ever slimmer, innovation and technology is becoming in the heart of the oil and gas industry’s attempt to boost efficiency and buoy profits. Artificial intelligence (AI) helps the oil and gas companies in optimizing their production by identifying the areas of inefficiency and providing informed decision making.

A paper that focuses on the techniques implemented within the oil industry is “Application of artificial intelligence techniques in the petroleum industry: a review” by Hamid Rahmanifard, a research engineer at the Canadian Energy Research Institute; and Tatyana Plaksina, Principal at Aegis PetroSolutions.

The paper highlights the applications of AI in the oil and gas industry, analyzing the following AI categories: swarm intelligence, fuzzy logic and artificial neural networks. Furthermore, the paper sheds light on the improvement of AI methods in the optimization of industrial decision making and the streamlining of the industry.

Swarm intelligence (SI) is an innovative intelligent optimization technique that replicates social and collective behavior of swarms of ants, bees, fish schools, and insects when they are searching for food, communicating with each other, and mingling in their colonies. Main characteristics of SI models are their self-organization, decentralization, communication, and cooperation behaviors between individuals within the group. In this paper, the theory of  Particle Swarm Optimization (PSO) is discussed along with its use in the petroleum industry.

According to the study, PSO algorithm has several advantages including a reduced number of parameters for the input data, simplicity for implementation, high efficiency in a global optimum search, and flexibility in scaling of design search.

Implementation to optimize oil recovery of a heavy oil reservoir was investigated through the convergence behavior and performance of three different PSO algorithms. The results showed that conventional PSO yielded the highest objective function.

The combination of PSO and the Generalized Pattern Search (GPS) simultaneously and sequentially optimizes well placement and control problems. The results shown indicate better performance of the sequential approach in comparison to that of the simultaneous approach. The study showed that utilizing hybrid techniques has led to the improvement of technical and economic scenarios for heavy oil reservoirs’ development.

Fuzzy logic (FL) is a powerful mathematical tool for modeling the uncertainty of information in the real world by generalizing any specific theory from a crisp (discrete) to a continuous (fuzzy) form. It is employed to handle the concept of partial truth, where the truth value may range between completely true and completely false.

Nowadays, there are numerous applications of FL in the oil and gas industry. Using a fuzzy neural network and a backpropagation neural network evaluates factors affecting rock fracturing and measures their relationship with fracture intensity. The paper found that the use of FL method and a stochastic framework, whereby a pattern that may be analyzed statistically but may not be predicted precisely, can minimize the risks associated with data reliant techniques and facilitate the interpretation process.

FL has also been used in the oil industry for stimulation candidate-well selection. To determine fuzzy variables, analysis was conducted relating to the factors affecting oil well fracturing, and then selected target wells and formations for hydraulic fracturing using a fuzzy mathematics model.

The results showed that optimization with GA could prevent their neural network and neuro-fuzzy models from trapping in local minima, which is a common case for a back-propagation algorithm.

Artificial neural networks (ANN) are computing systems inspired by the biological neural networks that make up animal brains. These systems learn to perform tasks by considering examples, generally without being programmed with task-specific rules.

The research showed that the application of AI methods has noticeably improvedperformance in terms of prediction, estimation, and optimization of different objective functions such as oil production well placement and reservoir characterization. In general, faster convergence has been reported on operations using original PSO algorithms. Conversely, hybridization of FL and ANN methods with other optimization algorithms have been shown to be more efficient and have obtained better solutions in comparison with the conventional FL and ANN models.