An East Med Center of Excellence in the Making? 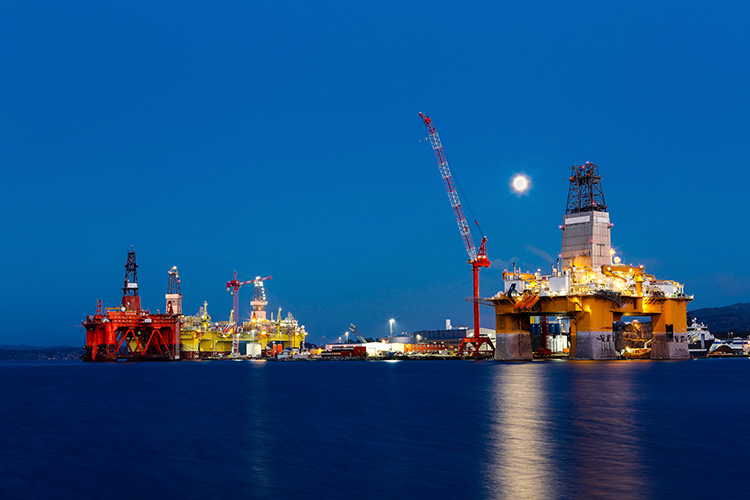 As energy ministers from the East Med Seven come together, a plethora of new developments in the region is on the horizon. Country members have set up the East Mediterranean Gas Forum (EMGF) as a platform to manifest their strengths. The forum has been gaining momentum, so much so that countries outside the region have stated their interest to join. Can the EMGF possibly take a step further to leverage all interested parties’ resources and establish an East Med Center of Excellence (CoE)?

A Closer Look at Promising Cooperation and Potential EMGF Candidates

Earlier in July, US Energy Secretary Rick Perry attended an EMGF meeting as a special guest of honor, alongside representatives from France, the European Union, and the World Bank, all of whom shared a common interest in the forum.

On the sidelines of the EMGF, Minister of Petroleum and Mineral Resources Tarek El Molla signed a memorandum of agreement (MoU) with Perry to boost bilateral cooperation and allow for the exchange of knowledge and expertise between the US Department of Energy and the Egyptian Ministry of Petroleum.

The MoU aims to streamline the exchange of technical information, consultancy services and the transfer of technology in the fields of oil and gas exploration, production and refining, as well as petrochemicals.

El Molla said that the US participation in EMGF proves that both the US and Egypt are witnessing an era of strong mutual relations, stressing that the MoU will pave the way for more joint cooperation in the energy field between the two countries. In addition, Perry said that the US supports Egypt’s efforts to become a regional energy hub.

Meanwhile, the French ambassador to Egypt, Stéphane Romatet, who was also invited to attend the forum, revealed ongoing discussions as France is looking forward to importing natural gas from Egypt and other East Med countries. For this reason, France might consider joining the EMGF. French oil companies such as Total and ENGIE are already in talks with East Med companies to import gas.

The Ministry of Petroleum acknowledged the European Union (EU) and the US support, stating that they are welcome to participate in any EMGF activities.

Previously, there had been talks on the establishment of a US-Eastern Mediterranean Energy Center last March; the topic emerged when US Secretary of State Mike Pompeo visited the Eastern Mediterranean to explore new ways to integrate and secure energy development within the region. Pompeo was to report to Congress on a “plan to work with US businesses seeking to invest in the region’s energy exploration, development, and cooperation.”

The center is expected to be established by the Secretary of Energy in consultation with the Secretary of State. The center would not be based in the US, but rather located in an East Mediterranean city with a university highly specialized in petroleum engineering.

According to its legislation, the center would bring together institutions of higher education, along with international oil companies (IOCs) to focus on offshore energy developments. The center would seek, in addition, to develop more widely “robust academic cooperation in energy innovation technology and engineering, water science, technology transfer, and analysis of emerging geopolitical implications.”

New collaborations have been encouraged to take place between the region’s high-tech companies and the global energy industry to explore the rest of the region’s economic waters as all current discoveries remain to be just the tip of the iceberg.

Dan Brouillette, Deputy Secretary at the US Department of Energy, said in a statement that the CoE would be special in providing a great opportunity for the US as well as other governments in the region to exchange ideas and address mutual challenges in innovation.

To ensure energy security globally, he added, “we must leverage our collective expertise, experience and resources, and this includes collaborating with allies, which will foster dialogue focusing on water, energy and security.”

However, the CoE has not been mentioned during the EMGF. Despite this, Robert M. Cutler and Theodora Karasik, advisors at Gulf State Analytics, a US-based geopolitical risk consultancy, argued in the International Policy Digest that such a center could be, in fact, complimentary to the Forum.

The East Med project is fully in line with the EU Foreign Policy Agenda, as it conforms with the Strategic Partnerships Call, an EU program that supports activities in the fields of education, training, youth and sport.

According to the project’s website, to enhance regional education in today’s digital era, MOOC promotes the digitization of quality learning content and the use of information and communications technology (ICT). The project is expected to improve the quality of education and digital content while expanding the East Med database.

The project shall facilitate digital learning, whilst promoting the needed tools of transparency and validation. In addition, MOOC encourages mobility and education beyond geographical obstacles and recommends that the countries in the region should act and be understood as one.

Depicting the Framework of an East Med CoE

Sketching out the framework of what an East Med CoE should constitute, experts believe that the CoE should become a central hub where regional industry leaders share their expertise and know-how while working closely with world-class oil and gas companies. The CoE should cut down any distribution through decentralization and consolidate energy ties to cater to the growing need for mass production through domestic sources.

The center’s main objective should be to gather and develop competence, provide solutions and consultancy on large scale projects and implementations, identify and provide trends in accordance with a Research and Development (R&D) team, encourage capacity building, and maintain contact with partners and third-party groups.

This will directly build on the region’s collaborative research and resources in the areas of oil, gas and energy. It will work towards developing sustainable solutions and explore new frontiers in technology for future energy needs. The CoE would help in fostering innovations and pave the way for the future of the energy industry in the region.

Unlocking the Full Potential of a Digital Transformation

Major tech companies should jump on the bandwagon and help in the digitization of the CoE and thus, the digitalization of the whole region. Doing so will not only bridge the information between all EMFG members in accordance to IOCs, but will also create a local ecosystem for technologies. IOCs should engage in the process, share the risks and know-how in order to ensure a digital transformation.

If a DCoE can bundle together digital capabilities developed within individual functions of companies and institutes in the entire region, then it can serve as an innovation hub driving the digital agenda of the region as a whole while supporting different business functions.

Challenges of a CoE

In a 2013 interview with Greg Bussing, Director of Continuous Improvement at ConocoPhillips, it was debated whether or not to set up a Center of Excellence. Bussing said, “I agree that operational excellence has really got a very high level of focus right now – deservedly so. But we also have to think about execution excellence and planning excellence; it is really excellence in the whole business model that I think has become more and more important.”

According to Bussing, as the oil and gas industry is a cyclical market, prices are often a challenge to predict because one never knows when the next downturn is. This should be the top concern when setting up a CoE. After the CoE is up and running, the focus should shift to content, visibility and capacity building, Bussing explained.

Bussing thinks his own experience with establishing a CoE was a huge success mainly because everyone knew what they were doing. After years of research, everyone was ready to take on the challenge, but just had to be aware of all the pros and cons before leaping into a CoE, he said.

“I think that having a level of process maturity really helps. You have got to take that Darwinian approach where you accept that people are going to learn as they go, so that there will be slight mutations to the program. We have to decide whether it is a good mutation or not,” Bussing concluded.

As Deloitte has always invested in the oil and gas industry latest investment, its latest oil and gas CoE in Rio de Janeiro truly demonstrates its commitment to the industry. The CoE aims to integrate the multidisciplinary work for which Deloitte is already recognized for. This synergy expands the solutions offered to the companies that operate in the sector, enabling clients to benefit from multidisciplinary and highly specialized operation, both on a local and global level.

The CoE acts as a center for research and operates together with other Deloitte oil, gas and energy CoEs around the world. The CoE also integrates its work with universities and research centers, as well as representative industry institutes in Brazil.

Likewise, KPMG offers global connectivity through its oil and gas CoE’s that are strategically located around the world. One of these centers is also located in Rio de Janeiro and operates within a global network, providing fast access to the latest knowledge, capabilities, resources and technical developments in this industry.

On the other hand, Equinor has established a DCoE to sort out its digitalization efforts through six digital programs and three key enablers: developing digital capabilities and leadership, utilizing the external ecosystem of partners, and developing unified data platform (Capgemini). According to Equinor, the idea of centralizing digitalization efforts is a game changer as it encourages the emerging of new technologies such as advanced analytics, robotics, augmented reality and virtual reality. In Equinor’s case, launching digitalization projects from the center has enabled exploration of new technologies without competing with other businesses.

These CoE’s act as an immediate response to any challenge faced by the industry. To be able to fully grasp their experiences and take on any obstacles that might come in the way of an East Med CoE, other case studies should be examined.