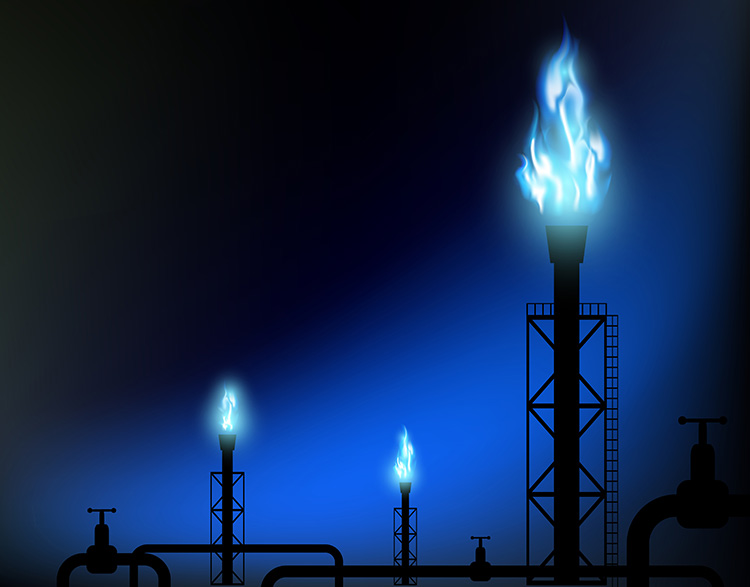 The Egyptian government has embarked on a policy of market liberalization in all sectors since the 1970s. It was not until recently, however, that the idea of liberalizing the energy market was placed on the table. In 2015, natural gas decreasing production and growing demand forced the former natural gas exporting state to start importing natural gas. As Egypt received its first imported cargoes in May 2015, the Egyptian Natural Gas Holding Company (EGAS) and the Egyptian General Petroleum Corporation (EGPC) announced the Gas Market Law, a piece of legislation aiming to liberalize the gas sector in Egypt, which was in July 2017 as law 196 for 2017.

As per official announcements, the government aims to ease the burden of supplying natural gas from its shoulders. In this line, the new law enables private sector companies to ship, transport, store, market, and trade natural gas using the national grid. At the same time, EGAS would continue to act as one of the gas providers alongside the private sector under the regulation of an an independent authority.

So far, TAQA Arabia, Fleet Energy, and BB Energy received initial permissions to distribute natural gas in the local market and four other countries are in the process of getting permission, including Toyota, based a statement from Vice Chairwoman for the Gas Regulatory Affairs, Amira El Mazni, to Egypt Oil & Gas in October 2017.

The law recently issued 35-article law consists of four sections. The first section is a glossary of the terminologies mentioned in the law.The second section is concerned with the establishment of the Gas Market Regulating Authority (GMRA) as an organization entitled to supervise all activities related to the natural gas market, and protect the market from monopoly to ensure a healthy competitive environment.

The entity is responsible for ensuring the availability of gas and the efficiency of the national grid and other crucial infrastructure. In addition, it will be solely responsible for regulating and planning the market activities of the companies, such as issuing and renewing licenses, establishing the regulations of using natural grids, facilitating the transportation process of natural gas, and establishing mechanisms for the calculation of tariffs.

The following section of the law outlines the rights and obligations of different parties in the natural gas market alongside providing a breakdown of different operational stages and possible parties. The fourth section sets out the penalties in case of violations. It gives the GMRA employees with judicial control officer status.

Opening the market for competition should be implemented in all levels starting from the upstream exploration, transmission to downstream production, Shell wrote in a report. First, the government should open exploration to private countries, a move recently taken by the Egyptian government.

There were 13 new natural gas explorations by both state-run and private companies in the 2016/2017 fiscal year (FY), according to Egyptian General Petroleum Corporation (EGPC) CEO Abed Ezz El Regal’s statement in September 2017. The past five years witnessed the signature of many gas exploration agreements between the Egyptian government and international companies. There were 83 agreements with private companies for oil and gas exploration and production between June 2013 and September 2017, El Molla told Egypt Today.

The Shell report noted that opening the market for this number of companies should be watched and regulated carefully by the government, since these companies would have a significant effect on the country’s government. It is worth noting that most of the Middle Eastern countries do not pay enough attention to this, Shell wrote.

The operation of pipelines requires high fixed-cost investment and relatively low operational and management charges. This exhibits the characteristics of natural monopoly. That is why the Shell report recommends that midstream operations should not be subject to market pressure. In this line, describing pipelines as dominating the market, the report further recommends that regulations should prevent companies from monopolizing them. If monopolized, regulations should prohibit companies from abusing this power by ensuring third party access (TPA) to the pipelines. Finally, the government should investigate the actual operational costs of pipelines and similar infrastructure, which would allow them to set fee standards and gauge reasonable profit levels for the operators.

According to chapter 2 of the law, the midstream sector in Egypt is divided into various facilities. First, the gas transmission system is defined as the national network of high-pressure pipelines, including compressor stations, equipment, measuring devices, purification, and other facilities, through which natural gas is transported within the country.

Second, the gas distribution system is described as a low or medium pressure pipeline network, in addition to all related pressure reduction stations, equipment, measuring devices, purification and other facilities.

Third, regasification facilities are defined as facilities used for liquefying, exporting, unloading or re-diversifying gas, including auxiliary services and temporary storage required for the process of reallocation and the subsequent delivery to the transmission network.

Fourth, storage facilities are described as underground or aboveground storage containers or depots that are used to store gas whether it is liquefied or compressed. The law differentiated between storage facilities and storage depots associated with the production processes or used by gas transportation operators to perform their duties.

In Egypt, these four types of infrastructure are monopolized by the government; however, the previously mentioned chapter allows one legal entity or more to operate any of them under the condition of not blocking other market players from accessing the infrastructures.

The law’s chapter three is about the separation of activities. These rules prevent organizations operating facilities or networks from personally benefiting from them. Under this chapter, article 44 introduces the idea of unbundling, which refers to the separation between energy supply and generation on one hand and the transmission network on the other. Unbundling is a fundamental concept for the market to act freely without the control of any of its players or without denying any of them the right to access infrastructure.

“If any legal entity licensed to engage in a gas market activity wishes to engage in another additional activity, it shall comply with [three conditions],” article 44 of the law states. First, in case the entity is licensed to do a service activity and it wants to perform a beneficiary activity, the entity should do that through an independent legal entity with a separate organizational structure. This condition is applicable if the gas used in the beneficiary activity is owned by the entity. Second, the two activities it performs should be service activities. Third, none of the activities it performs should be subject to the Gas Market Law.

The concept of unbundling is currently inapplicable in Egypt, since the government owns all the facilities and networks; however, as previously mentioned, chapter 2 of the law allows private operators to operate these infrastructures. Accordingly, unbundling should be considered carefully through this process in order to avoid ending up with monopoly control over infrastructure like in the cases of Japan, South Korea, and China.

Article 45 prevents clashes of interest between market personnel. It prohibits persons responsible for the management or operation of any service activities from participating directly or indirectly in the beneficiary activities. On the occasion that an operator is part of a multi-activity entity the shareholders or owners may approve the annual plan of the operator and set limits on its debts; however, they would not have the right to instruct the operator regarding the day-to-day operation.

Pricing reforms are another important requirement for a liberal market. The law differentiates between two types of customers: qualified and unqualified. Qualified customers are eligible to choose their gas suppliers and can negotiate the price with them, while unqualified customers get gas supplies according to regulations and prices approved by the Council of Ministers.

While the law does not elaborate more on how the prices would be freed, examining how price reforms have been conducted internationally may serve as a benchmark for how the process will work in Egypt.

There are three types of pricing mechanisms found in the main global importers of natural gas, according to the Shell report. The first type depends completely on market-driven prices, such as the type encountered in the US and the UK. These two cases are a perfect example of the mature and unregulated market. The second type relies on the market value of alternative energy sources after deduction of transport, storage, distribution and similar costs to determine an upstream price. The third approach, which is used by Japan and South Korea, sees prices pegged against the price of imported oil.

The process of liberalizing the natural gas market is a long and complicated journey. If not applied properly, the process may lead to the creation of a market monopoly in the midstream sector, which would threaten to reduce its efficiency. This liberalization process has taken decades for some countries, and in some cases the governments have not managed to completely liberalize the market even after years of regulations and deregulations. It took the US, for instance, 20 years to reach an optimal situation of gas pipeline liberalization. For some European countries, it took around 10 years. In countries such as China, Japan, and South Korea the market is still monopolized by oligarchies after years of market liberalization, which is why the executive regulations of the Gas Market Law should include detailed regulation of how to achieve each of the previously mentioned goals.